Easter Sunday falls this weekend and with this religious festival comes the Christian custom of the Easter egg.

The tradition of Easter eggs is thought to date back to the early Christians of Mesopotamia who coloured eggs with a scarlet stain to represent the blood of Christ, before the Christian church embraced Easter eggs as a symbol of the resurrection. 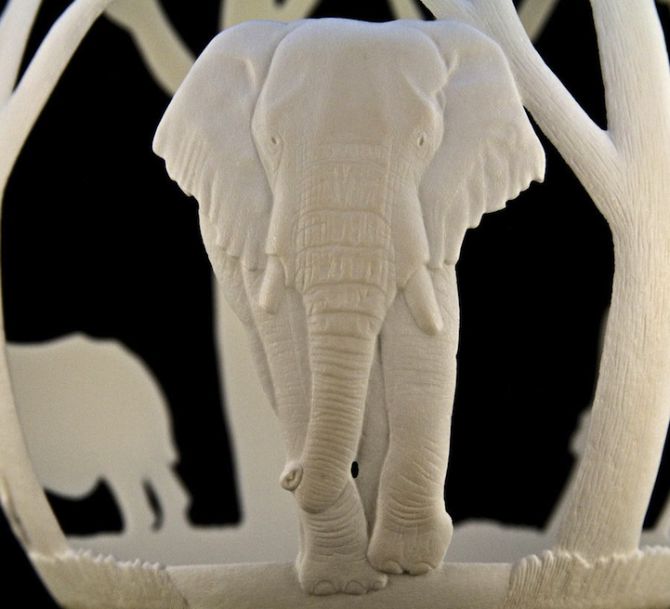 However, decorating the shells of eggs for religious or commemorative reasons is an ancient practice, established well before these Christian traditions. 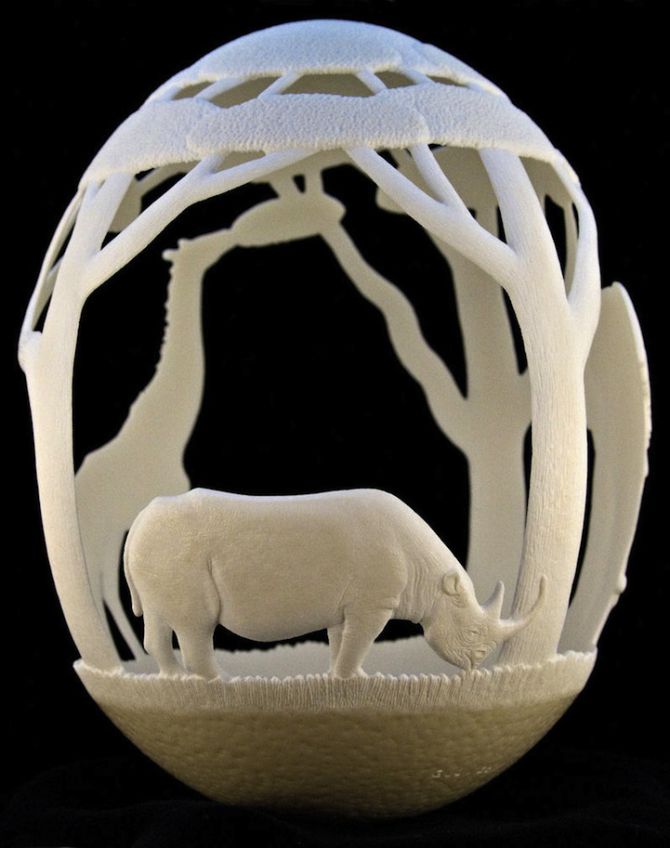 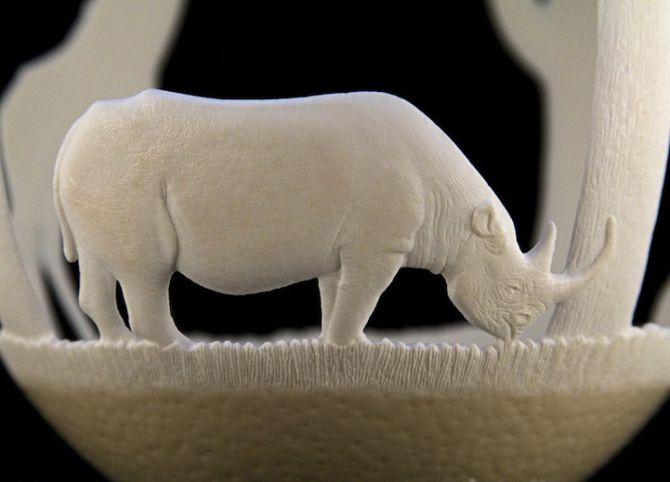 For example, over 5,000 years ago, the ancient Egyptians and Sumerians put adorned ostrich eggs as well as gold or silver representations of ostrich eggs in people’s tombs, while 60,000-year-old ostrich eggs decorated with engravings have been discovered in Africa. 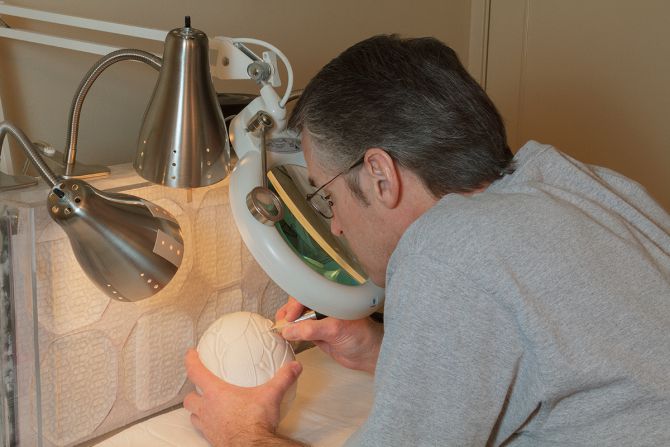 This creative American carves highly detailed scenes of animals – elephants, giraffes and rhinos – into the shells of these flightless birds’ eggs in his series entitled ‘Africa’.

The series title is a neat reference to not only the origin of the featured animals but also ostriches, which are native to this continent. 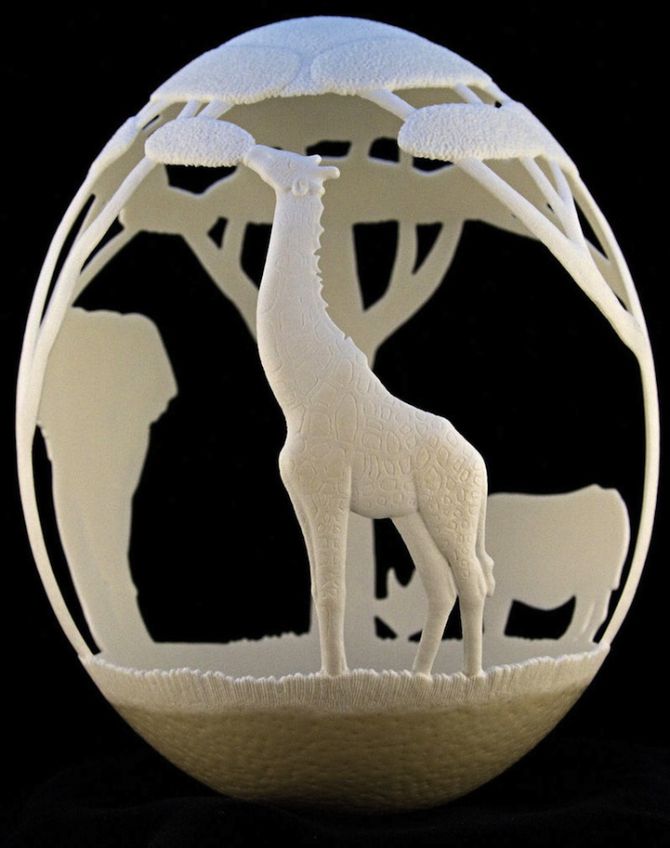 For those wondering how he does it, Eggdoodler reveals: “Carefully, and between wiping nose prints off of my magnifier!” 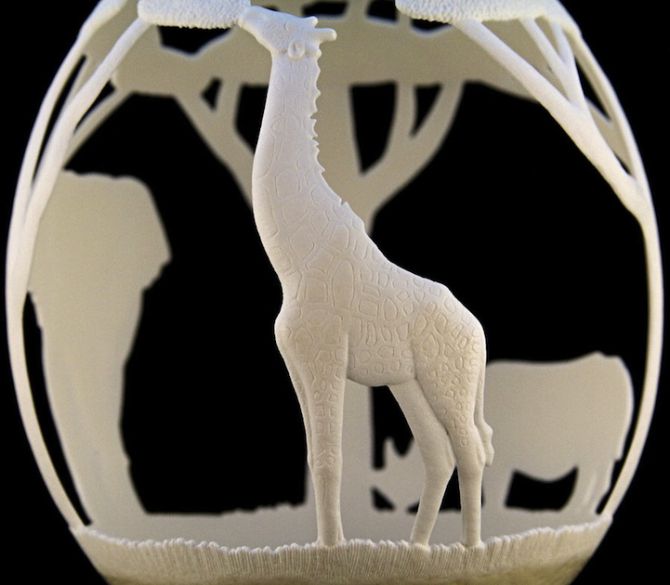 It took the best part of four years for the bespectacled craftsman to perfect his technique.

Below, he compares his first ever carving, from 2007, with one of the eggs from his final project, completed in 2011. 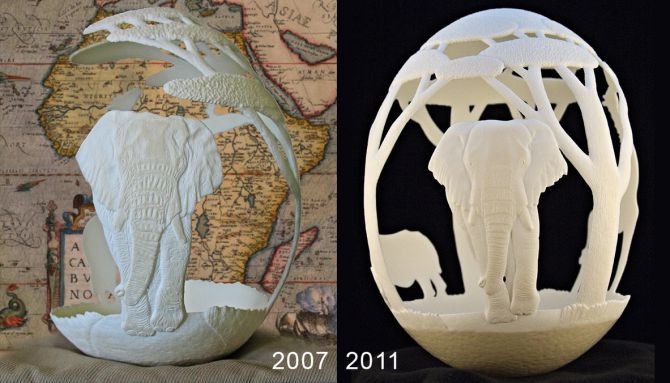 “When I started, I wanted to learn as much as possible – the characteristics of the shell, how far I could push before failure and so on,” he says.

“The first hand piece was literally falling apart by the time I was done, I was kind of rough on them. But I did manage to get some neat textures with the wobbly, worn out head, though with not much control.”

I think we can all agree that, in the end, Eggdoodler definitely cracked it, (corny) pun intended.