South Korean photographer Kwanghun Hyun has created some fantastic pinhole cameras that use watch movements for their internal timing mechanisms. 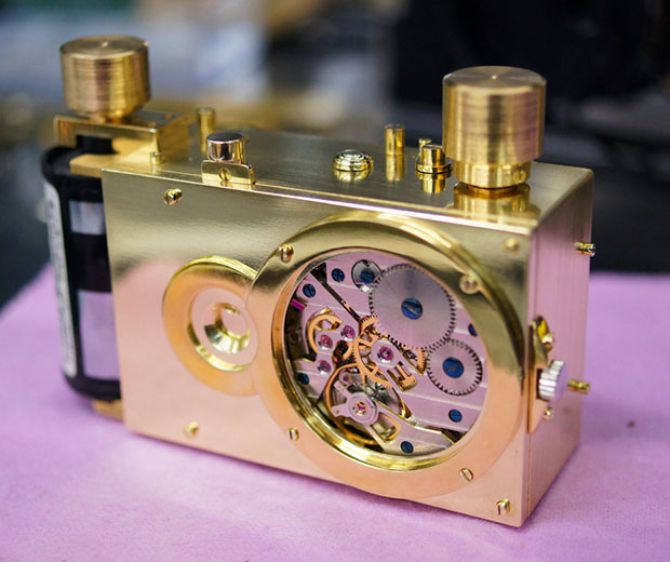 Pinhole cameras are one of the oldest forms of camera. In essence, they are a light-proof box with a small hole, or aperture, in one side. Light from a scene passes through the hole and projects an inverted image onto film on the opposite side of the box. 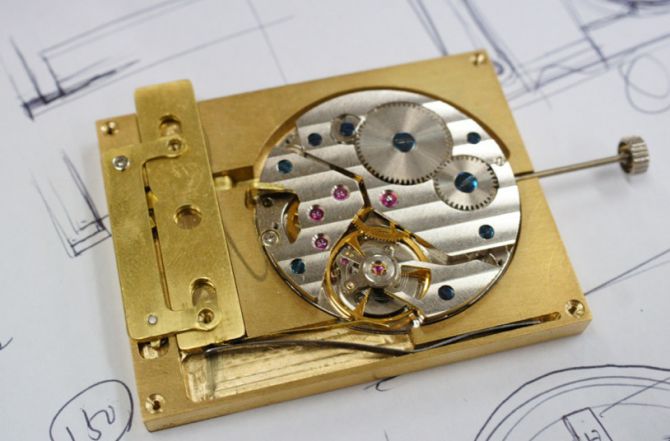 Pinhole cameras can be as straightforward as a cardboard box with a hole in it… or as sophisticated and intricate as Kwanghun’s inspiring ‘Heartbeat’ cameras, so called because of the watch movement’s pulsing balance wheel. 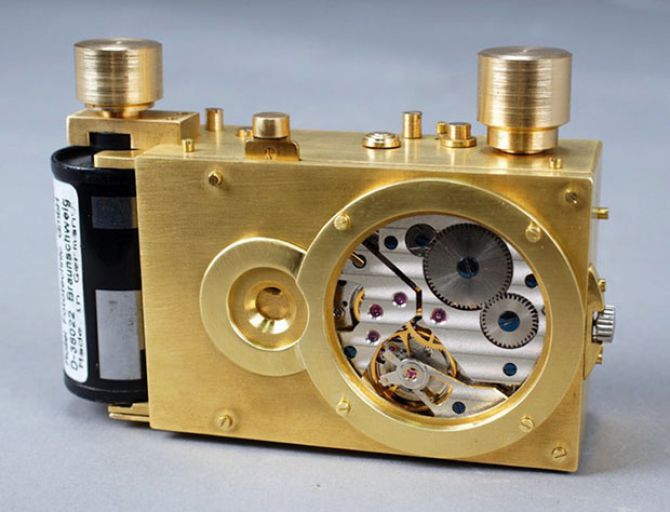 Kwanghun, a metalwork graduate from Hongik University in Seoul, chose to incorporate a Unitas 6497 watch movement into his Heartbeat 1 camera in order to accurately control how long the camera’s shutter is open during exposure. 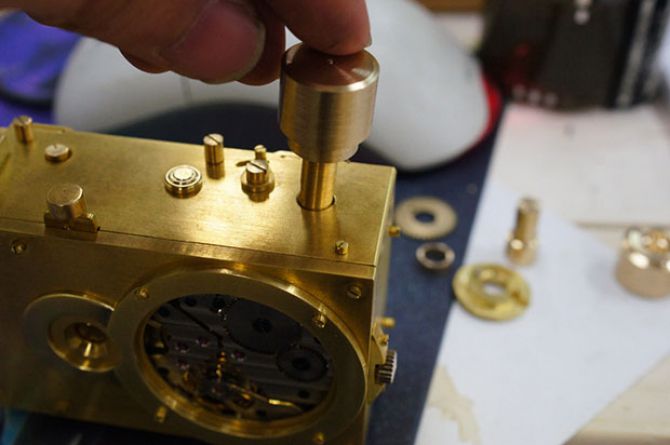 A timing device is useful because the small aperture lets in a limited amount of light, so the length of exposures must compensate by being quite a few seconds – maybe even minutes. 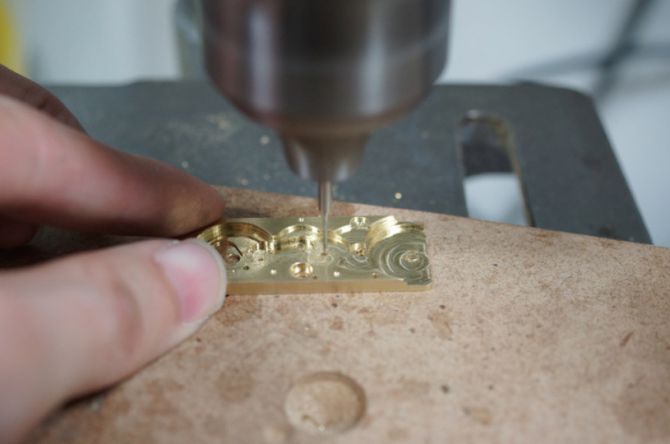 The actual structure of Heartbeat 1 was made from brass and each piece was hand-fashioned by Kwanghun who was responsible for every step, from the CNC milling to the hand-polishing. 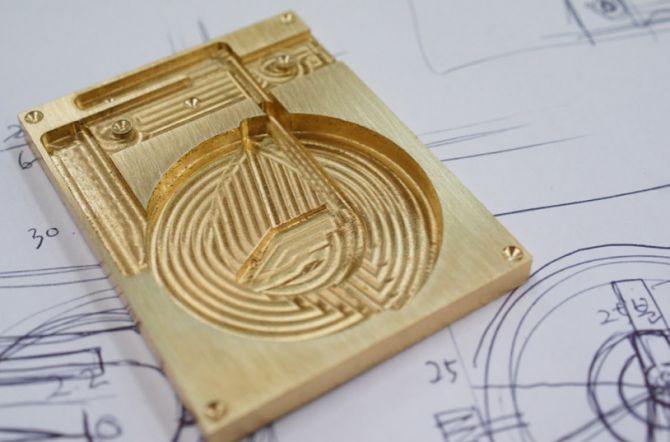 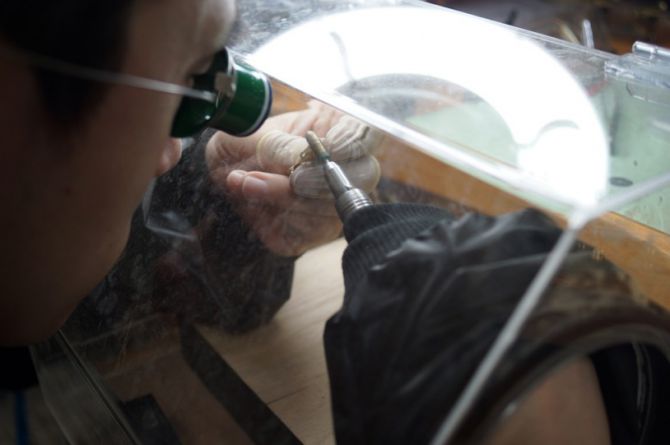 Just like a watch, the manual movement needs to be wound before using the camera. You then set the shutter speed, press the shutter release and the film will be exposed to light for the desired duration, capturing the scene. 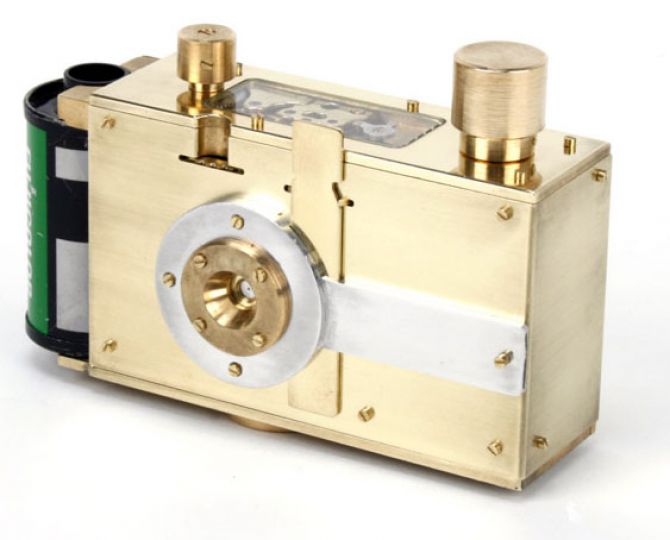 For Heartbeat 2 Kwanghun totally rebuilt an existing watch movement to make it compatible with his camera design. He even made his own mainplate and bridges. 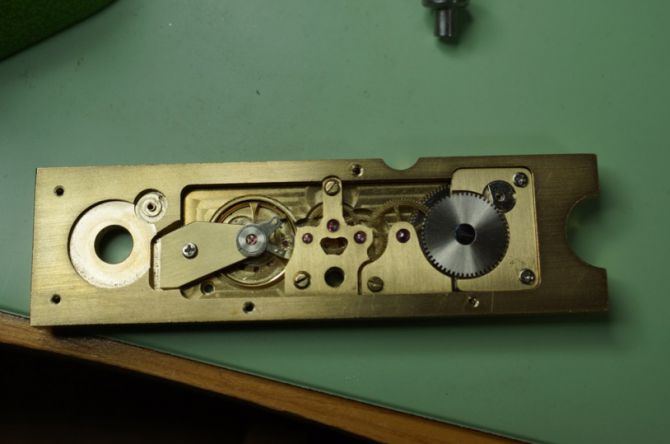 The mechanism is revealed through a transparent window on the top of the camera. 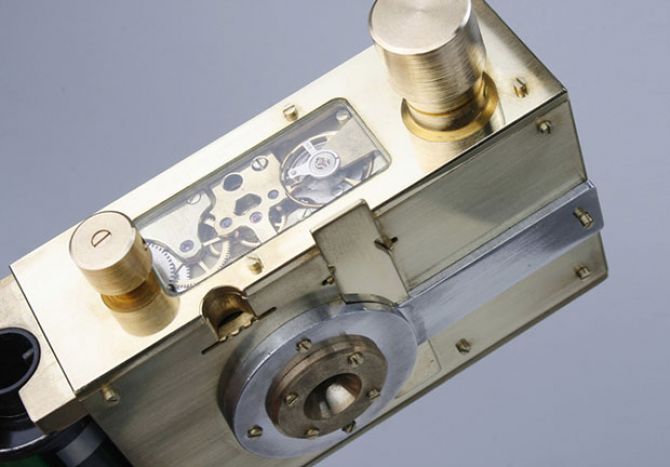 While the Heartbeat cameras boast strong lines and an almost over-engineered, steampunk appearance, the photos they produce are soft and airy, characterised by a lack of definition and an effet de soir twilight reminiscent of impressionist paintings. 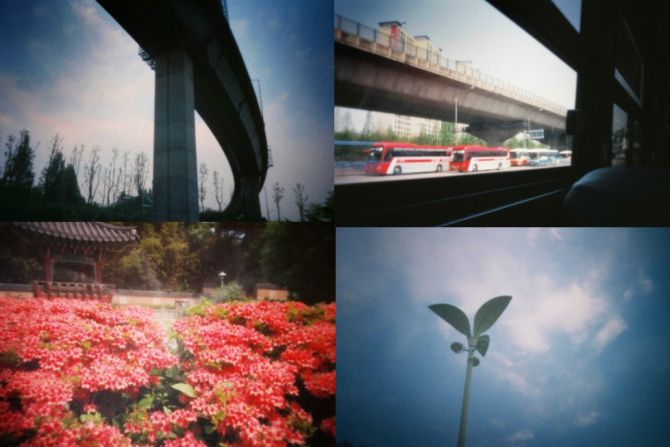 Kwanghun Hyun’s passion for watch movements goes beyond the Heartbeat cameras. He has even made his own dial and an entire watch, in which he has reconfigured a vintage movement!