A staple of science-fiction films is the mad scientist searching to perpetrate evil by controlling peoples' minds. 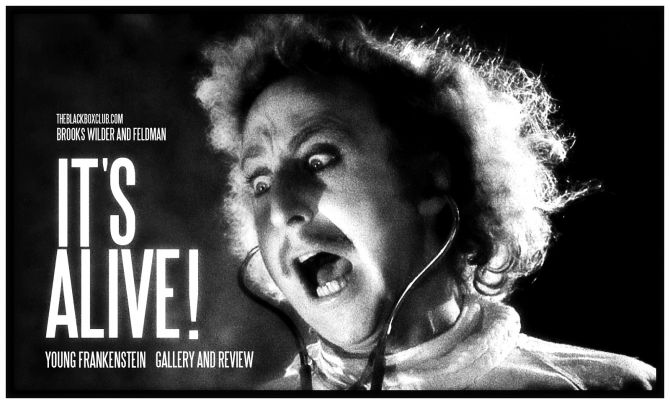 However, back in the real world, there is a “mad” Brazilian scientist who has discovered a way to use brains to control robots. And for a good cause, one that helps people walk again.

In 2003, Miguel Nicolelis had been working with monkeys at the Duke University Center for Neuroengineering (http://people.duke.edu/~ch/Neuroeng/), teaching them how to control a virtual arm using their own brain signals. He called this setup the “brain machine interface” or BMI. 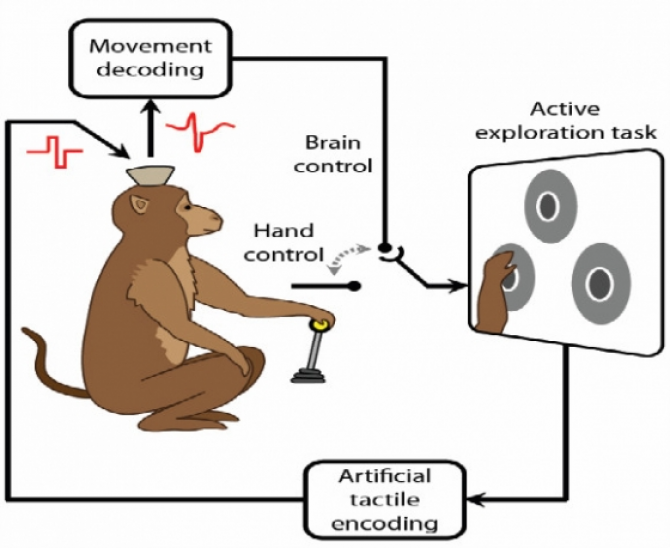 “A brain machine interface is nothing but using sensors to read the electrical brain storms that a brain is producing to generate the motor commands that have to be downloaded to the spinal cord,” says Nicolelis. “We can extract from these electrical signals the motor planning that the brain is generating to make us move.” 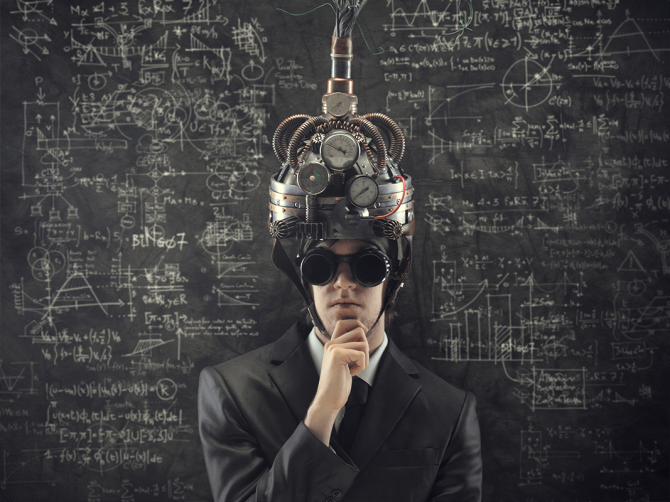 This digital message was then decoded by a computer, which then carried out the desired action via the virtual arm.

This research allowed Nicolelis and his team to refine BMI technology in order to take it to its next phase: robots controlled with the human mind. And this then led to the Walk Again project.

In 2014, the organizers of the World Cup in Brazil were looking for a unique and exciting way to jump start one of the world’s most highly watched sporting events. Nicolelis approached them with an idea: a paraplegic Brazilian, incapable of walking on his own, would kick off the first ball using a thought-guided robotic exoskeleton. 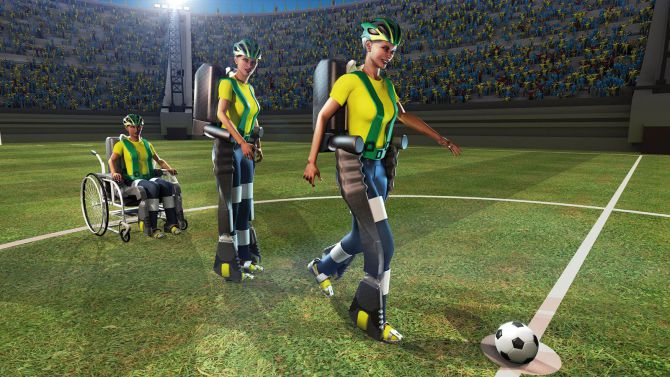 The event organizers liked the idea and said yes, but that gave him just 18 months to construct and hone his dream of helping a paralyzed person walk again. . . . on the world’s biggest stage! No pressure then. 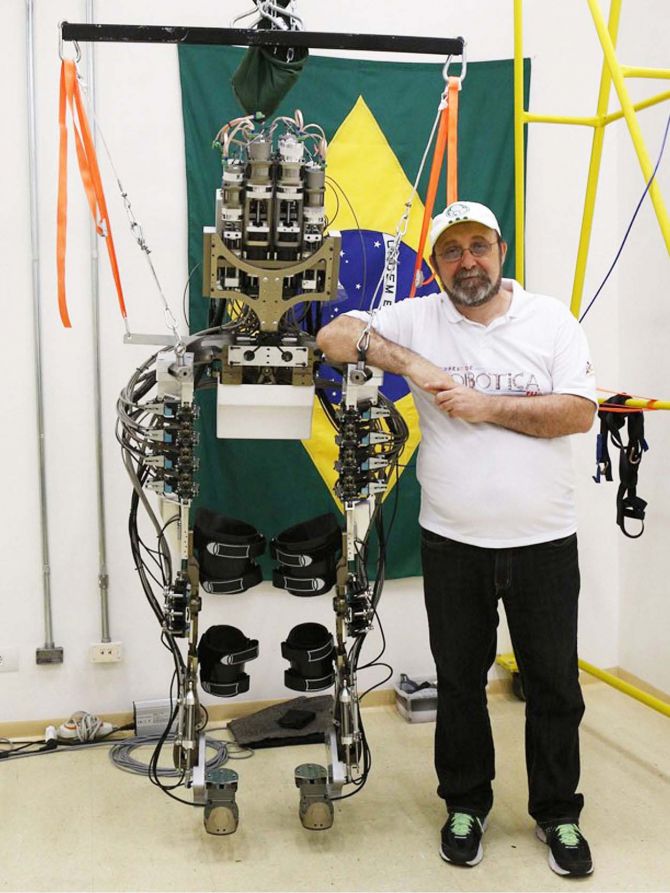 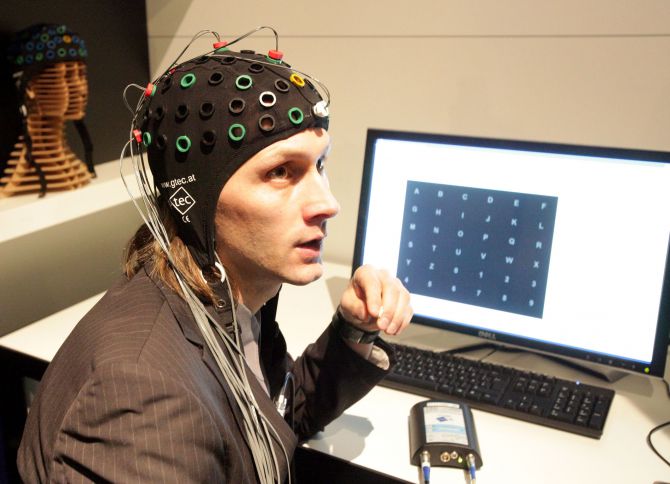 It was specially designed to help people with severe spinal cord injuries. Similar to the BMI testing with monkeys, human patients could imagine movements and send commands to the robot to execute; it only took a little practice to get it right. 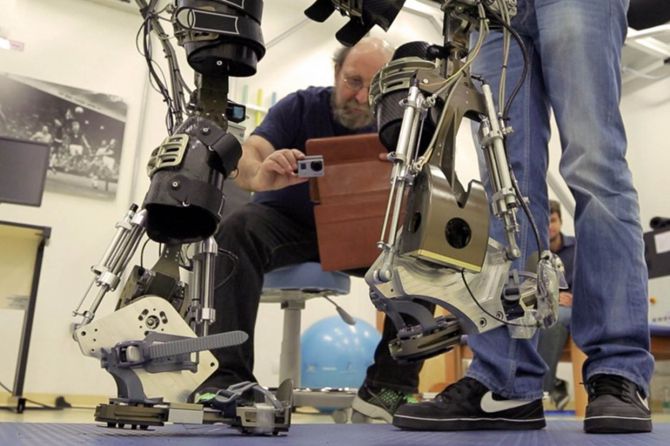 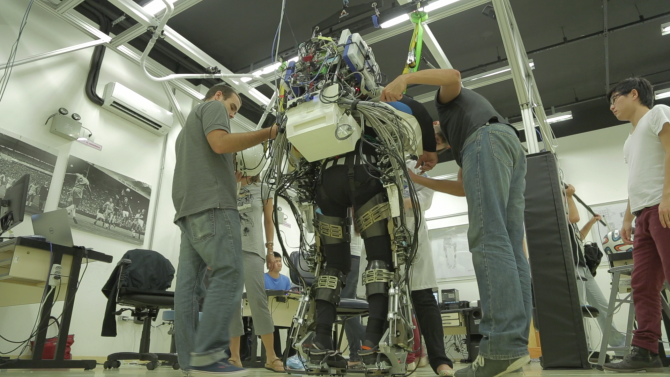 “If you have a complete lesion of the spinal cord, you cannot move because your brain storms (signals) cannot reach your muscles, however your brain storms continue to be generated in your head,” explains Nicolelis. “Paraplegic, quadriplegic patients dream about moving every night, the problem is how to get that code out of their head and recreate the movement.”

Perhaps the most amazing part about the entire experience is the sensation wearers have of not only moving on their own, but actually feeling whatever object they are manipulating through the robotic suit.

This is thanks to a specially engineered artificial skin covering the exoskeleton, which is coated with sensors sending tactile data back to the patient’s brain. This provides sensation to limbs long void of any feeling. 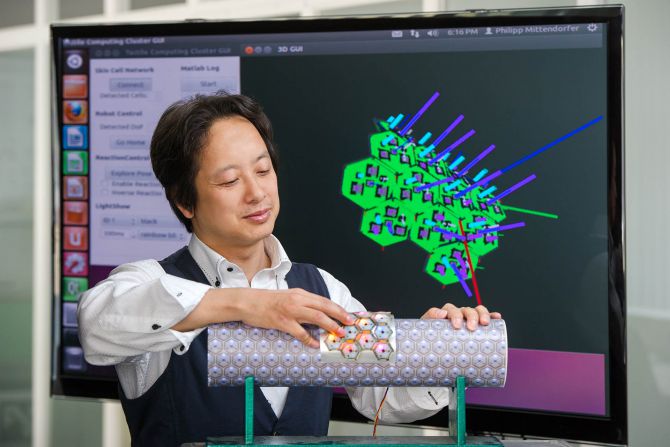 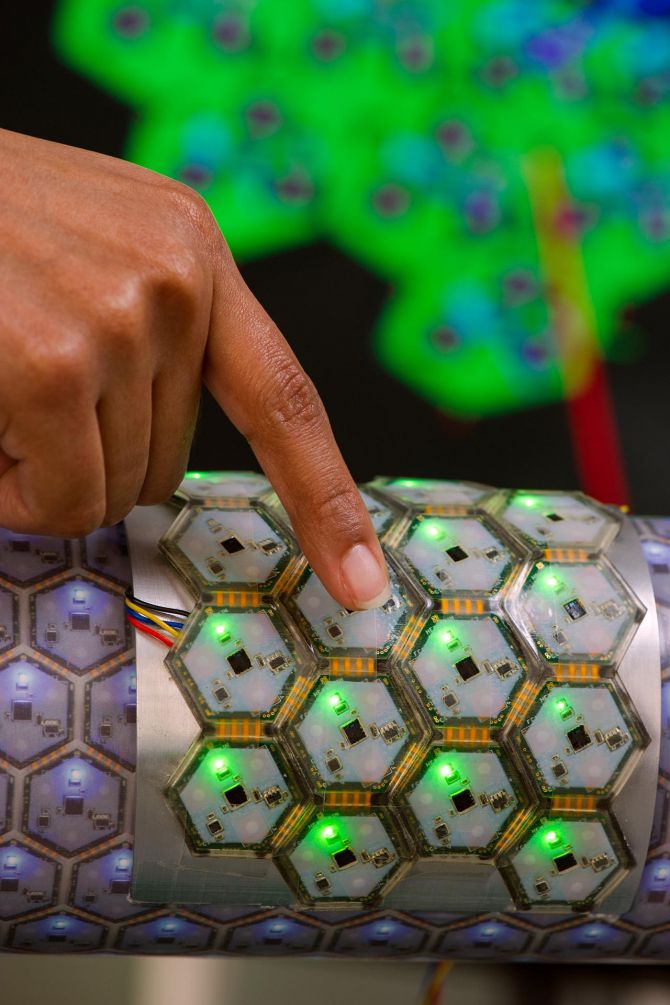 For the big day of the 2014 World Cup kickoff, Juliano Pinto was selected from a pool of ten paraplegic and quadriplegic patients. 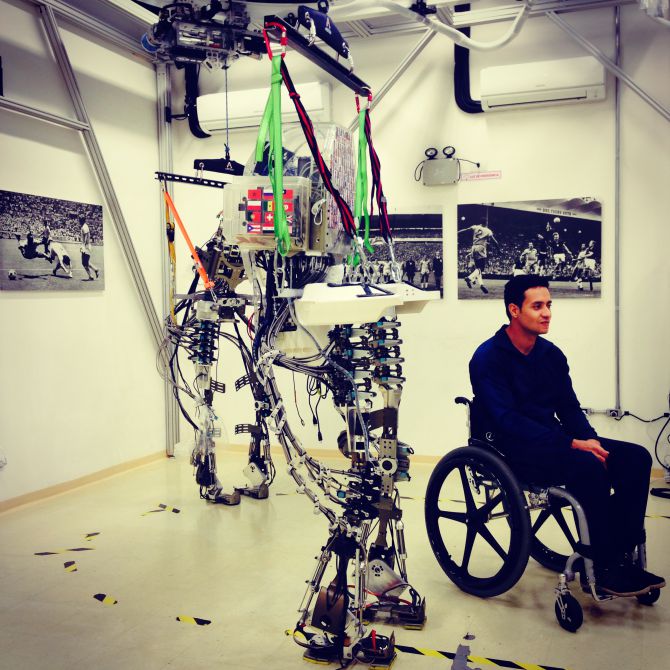 He was brought onto the soccer pitch, housed in the exoskeleton, where the world would view for the first time a robot moving with the power of thought. 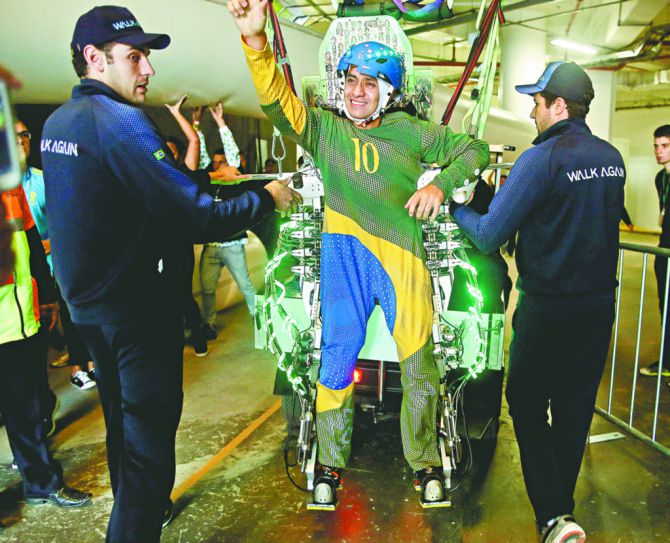 Pinto, who was paralyzed in a car accident, steadied himself and prepared to kick by sending his thought into motion. And then his leg sprang back and he kicked the ball for the first time using his own legs. It might not have been a penalty shot winner, but Pinto was thrilled to kick the ball on his own. Afterward he said he was able to actually feel the contact with the ball on his shoe.

30 years of research went into the accomplishment of Pinto’s kick and 15 years of planning. The brain machine interface was the basis of this: humans and animals telling machines what to do. And, explains Nicolelis, “it all started on a winter afternoon on a Brazilian soccer field with an impossible kick.”