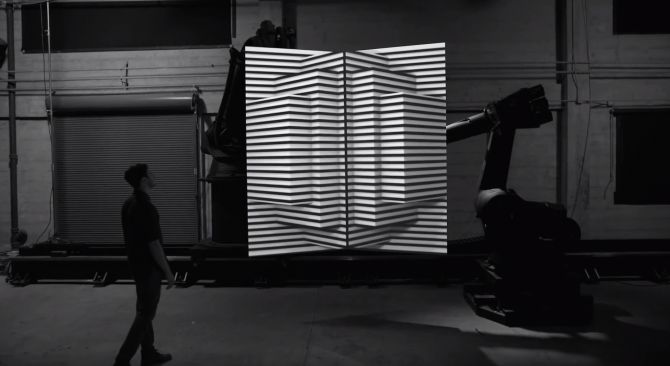 The video below is a magic performance with a difference. It is an amazing short film called Box by design and engineering studio Bot & Dolly.

According to Bot & Dolly, Box explores “the synthesis of real and digital space through projection-mapping on moving surfaces” and, as you can see, the video documents a live performance. It was captured entirely ‘in camera’. 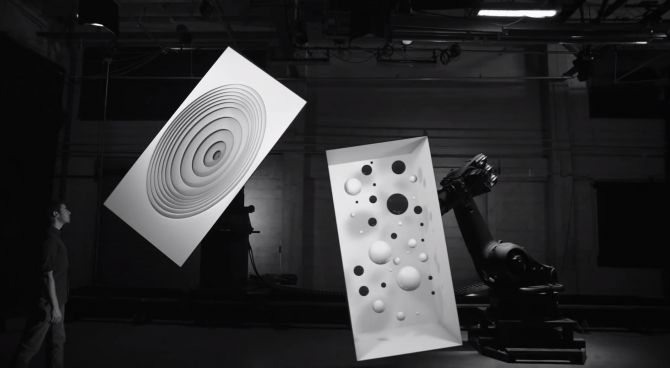 Bot & Dolly say Box is the culmination of multiple technologies, including large-scale robotics, projection mapping and software engineering, which they created to serve as both an artistic statement and technical demonstration. 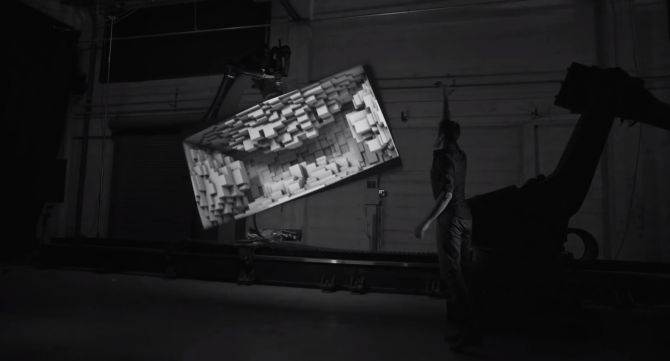 “Box is an internal project that grew naturally out the intersection of art and technology at Bot & Dolly,” says Bot & Dolly design technologist Tarik Abdel-Gawad. 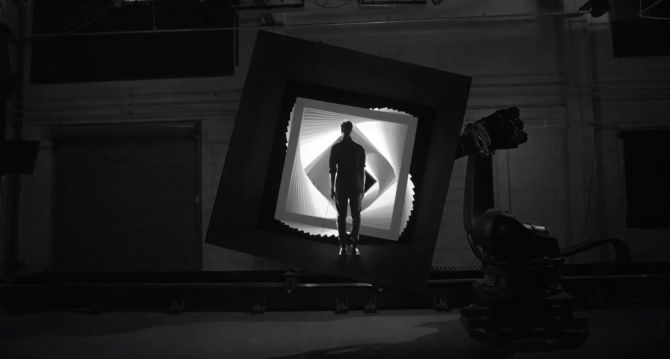 “We have a great interdisciplinary team of designers and engineers that made the project possible. From the start, the exploration of classical magic fit with our creative process.” 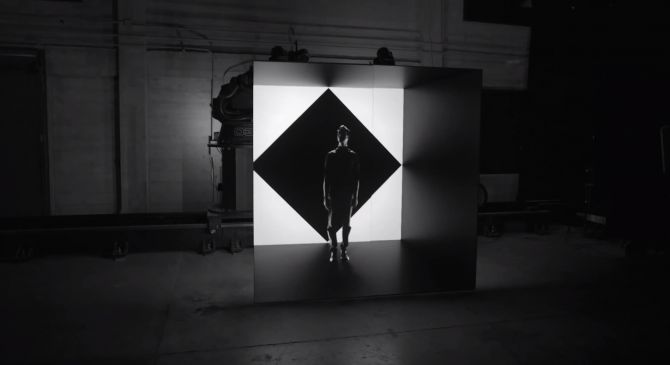 Bot and Dolly started with a category of classical magic and began exploring limited narratives made up of only abstract geometric shapes and a single performer. 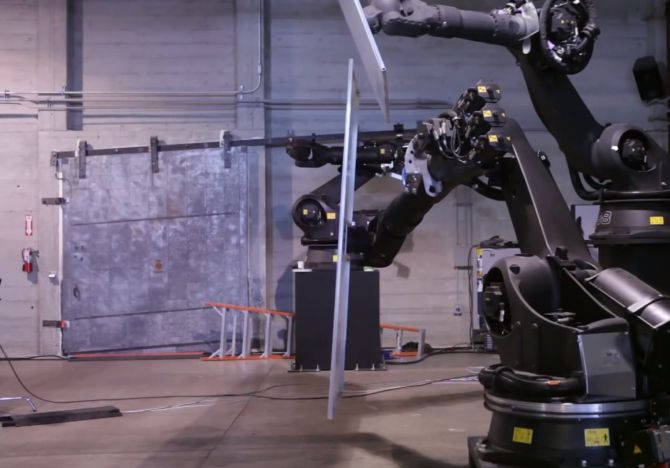 “Magicians have a long history of mixing technology with performance and the categories of classical magic were perfect inspiration for the geometric illusions in Box,” adds Abdel-Gawad. 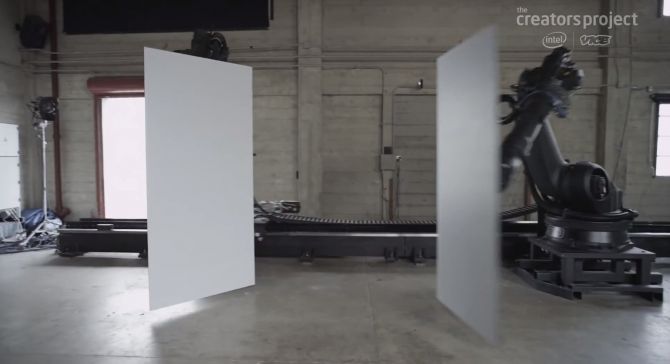 This neat video gives us a nice insight into the making of Box:

During the animation phase Bot & Dolly relied on quick hand drawings and moving blocks around a table to communicate ideas because of the difficulty in describing their ideas with mere words. Choosing the right geometry was important to creating the illusion of depth. 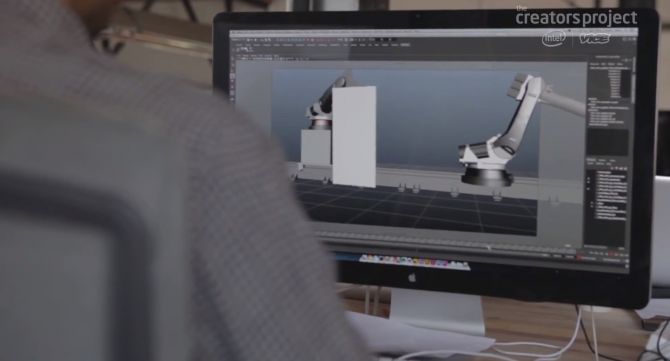 The primary illusion is created by transforming the geometry of the physical 1.2m by 2.4m (4ft by 8ft) canvas mounted on the robotic arm, through projection.

In the first section “Transformation” the canvas extrudes into a cube. Later on, two canvases combine to form a larger hinging shape, which in return affects the robotic animation. 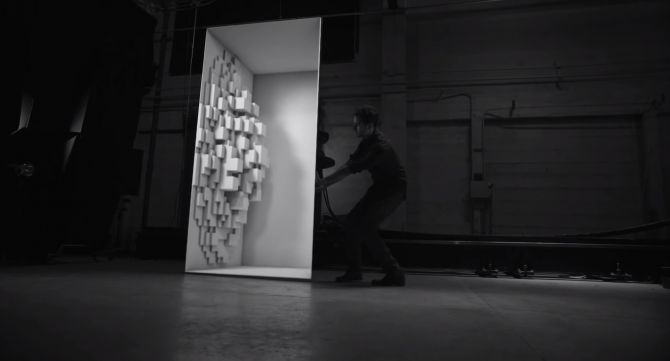 “We tried to build each section upon the last, and we were always learning something based on what was just completed,” says Abdel-Gawad. 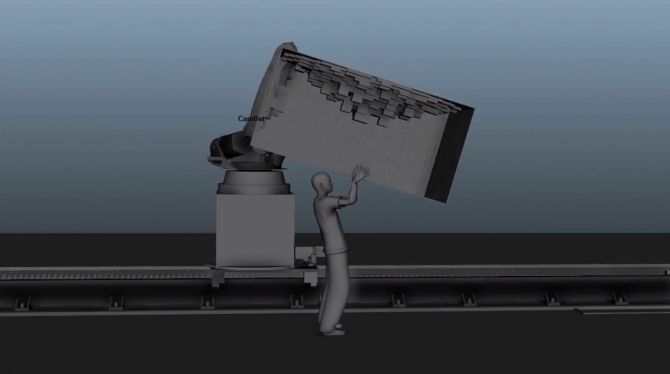 “By the end, we ended up with a very complex environment, the performer is inside of the projected volume, there are holes in the floor and line drawing on the back wall.”

The most challenging part was that Bot & Dolly didn’t know exactly how anything would turn out until seeing it projected in the space. 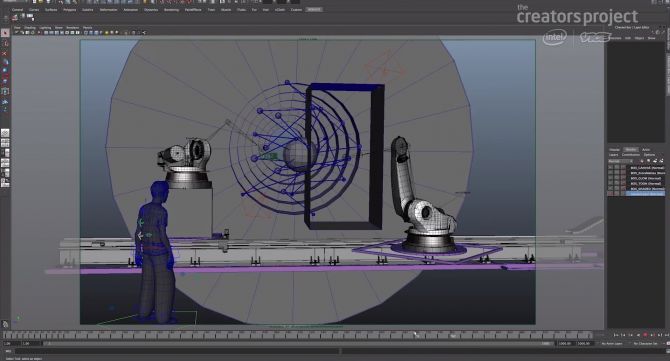 “Even then it changes with the environment’s lighting, which is also synchronized with the graphic content and robotic movement,” says Abdel-Gawad. 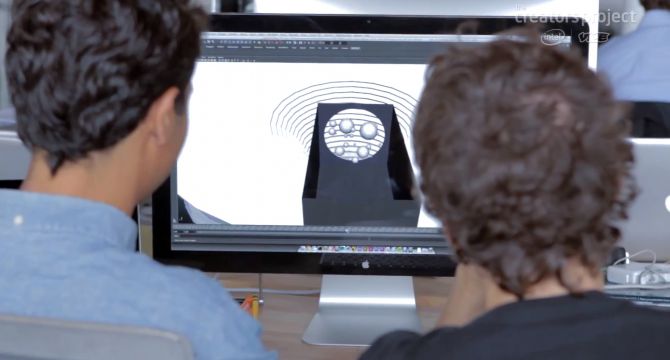 “Many software applications were used on this project. It was a very collaborative process with a lot of creative control, so it took a lot of time and iteration to get to the point where everyone was happy.”