A robot that moves, swims, pushes and carries objects might not sound like something so novel. For many, that's what robots should do.

But take that robot and trim it down to the size of a thumbnail, that's something.

And not having to make the robot, but have it fold itself into its miniature robotic form would be even better.

And just for good measure, how about if after completing its mission that the robot dissolved and disappeared?

Presenting the latest invention from MIT: the origami robot.

Engineers at MIT developed the origami robot as a progression toward nano robotics. They hope that one day this tiny worker will fit inside the human body and perform less invasive medical tasks, after which it could self-dissolve, leaving behind no trace. 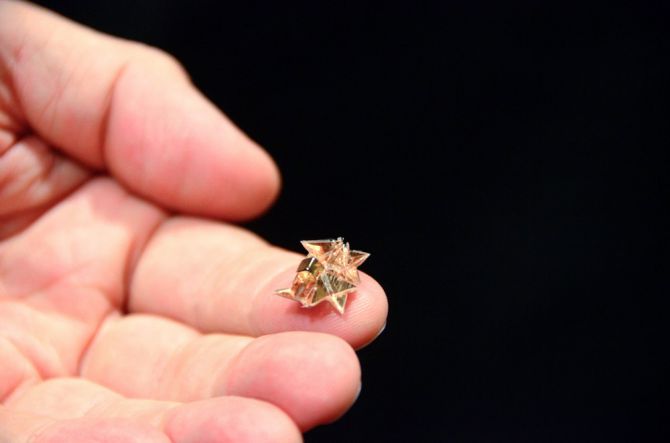 In its current form, the origami robot is about a centimeter in length, weighs 1/3 of a gram and is created from a sheet of laser-cut plastic. This plastic is embedded with tiny creases and when heated, these creases activate in a self-folding action. This allows the robot to have an origami-like shape. 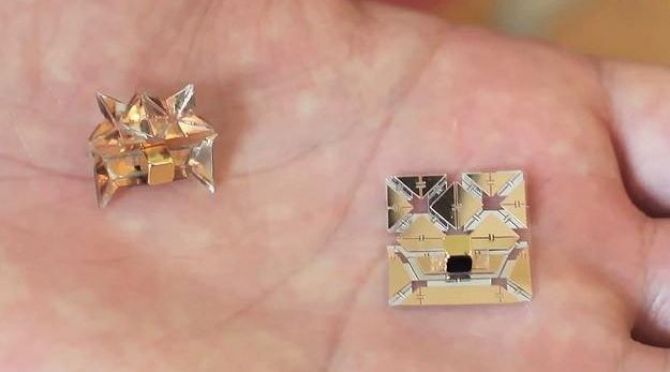 Engineers implanted a tiny magnet on the back of the robot, allowing it to be controlled from a remote location by a human. In the future, the engineers would like the origami robot to be more autonomous, meaning intelligent enough to make decisions on its own.

“The entire walking motion is embedded into the mechanics of the robot body,” says Cynthia R. Sung, MIT graduate student and one of the robot’s co-developers. “In previous [origami] robots, they had to design electronics and motors to actuate the body itself.” 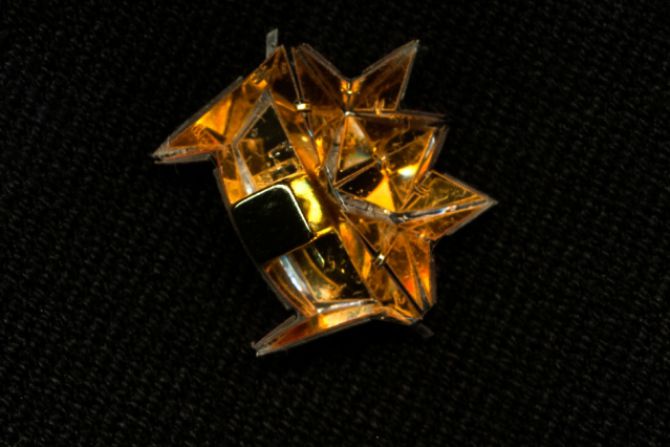 By applying a magnetic field to the magnet on the robot, the plastic body flexes and is able to lift up or twist itself in order to either advance forward or move backward.

When put into motion, the little robot jitters as if it is being blown in the wind. It can cross rough terrain, swim in water, climb an inclined slope, fit into small, narrow spaces and even carry loads two times its own weight. 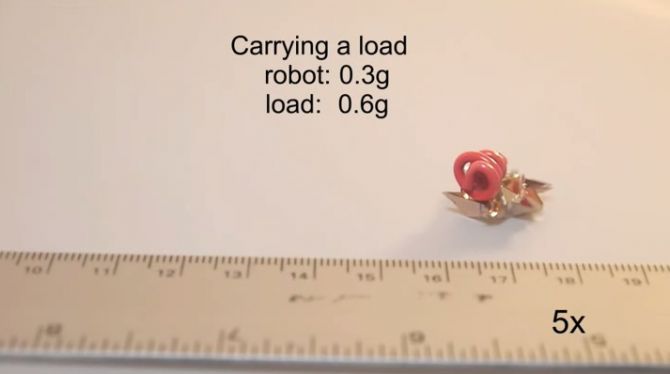 But alas, all good things must come to an end.

“This is the first robotic device that completes a full life-cycle from its birth to its death,” says MIT Postdoctoral student, Shuhei Miyashita.

Whereas in the robot’s birth, it essentially constructs itself, the robot’s “death” refers to the degradation of its physical composition.

This particular robot is made out of a plastic that when put into acetone, i.e. nail polish remover, it dissolves completely, leaving nothing except for the magnet. 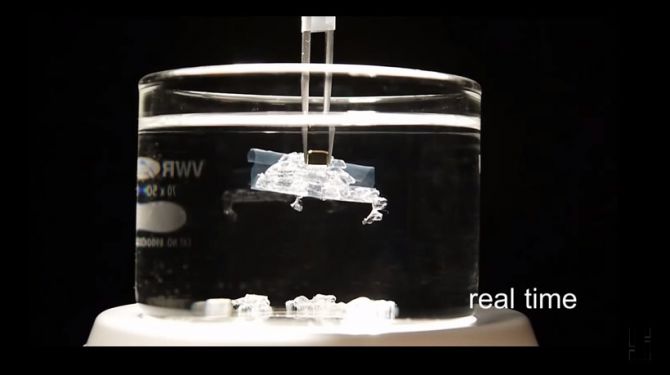 The technology and materials are still progressing but the future for the little robotic helper looks promising. Soon you can have a little robot swimming around in your bloodstream delivering drugs and cleaning arteries. The next step will be miniaturizing humans to drive them. That sounds like a good movie!