With bright white painted façades standing out against azure skies, you would think it would be difficult to brighten up the Tunisian village of Erriadh any more. 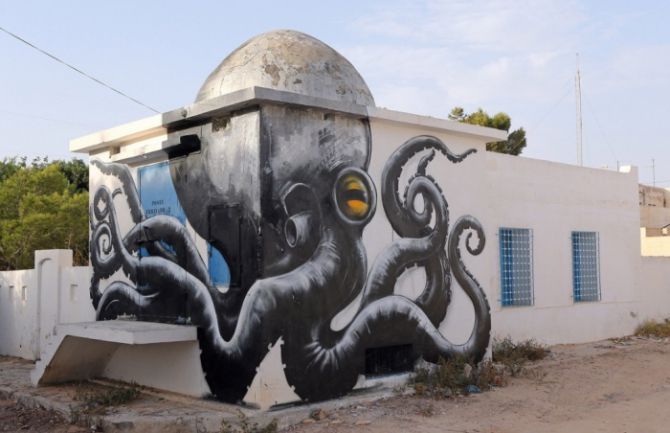 However, Tunisian-French artist Mehdi Ben Cheikh managed this feat in July and August last year when his ‘Djerbahood’ street art project got off the ground.

The project – named after the island of Djerba, a.k.a. the ‘Island of Dreams’, on which Erriadh is located – saw 150 artists from 30 countries invited to the picturesque village to create 250 murals using the walls of the local streets as their canvas. 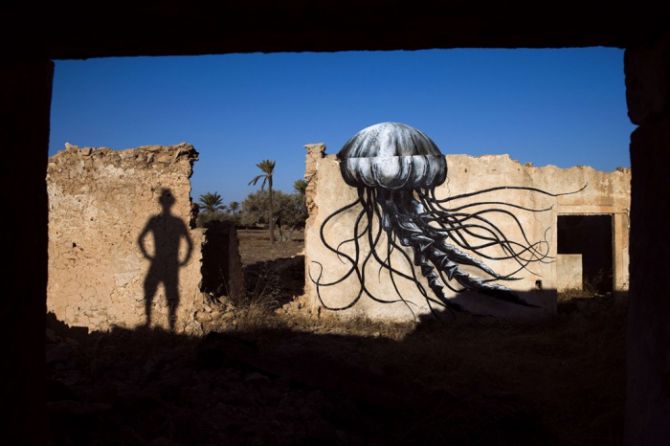 Watch the video below to see to see a drone’s eye view of this fabulous open-air gallery as well as interviews with some of the participants:

The village is one of the oldest villages in Tunisia, where Jews, Muslims and Christians have lived together for centuries. 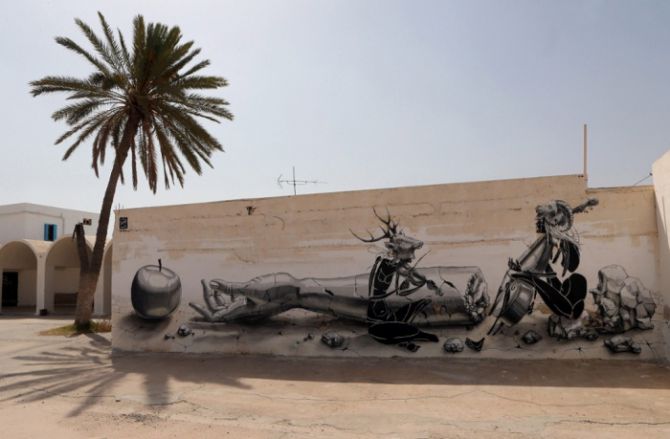 German artist Dome has contributed this mural to the ‘Djerbahood’street art project. 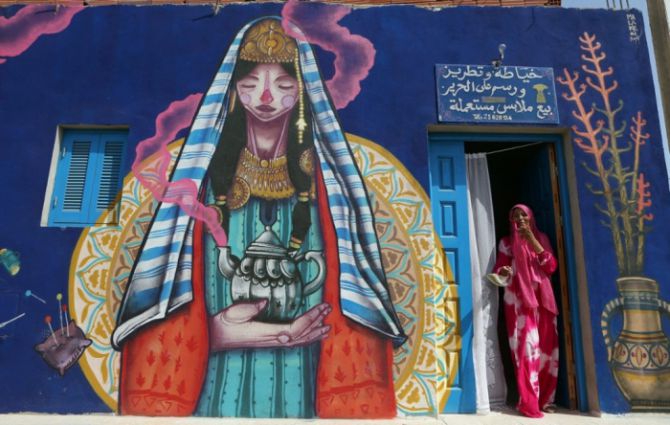 Spanish artist Malakkai brightened up the façade of this sewing workshop. 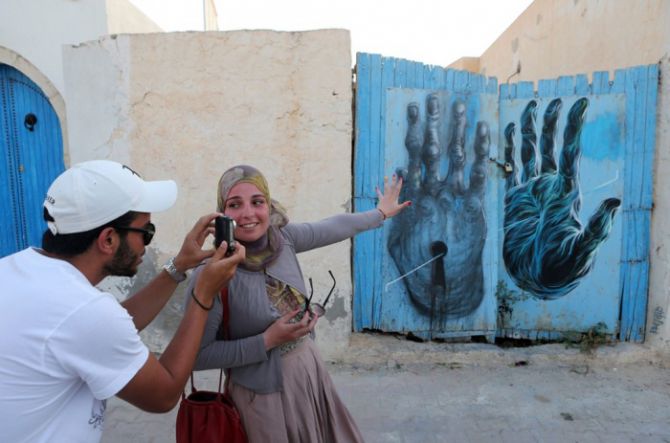 Visitors take photos in front of a mural by French artist Bom.K. 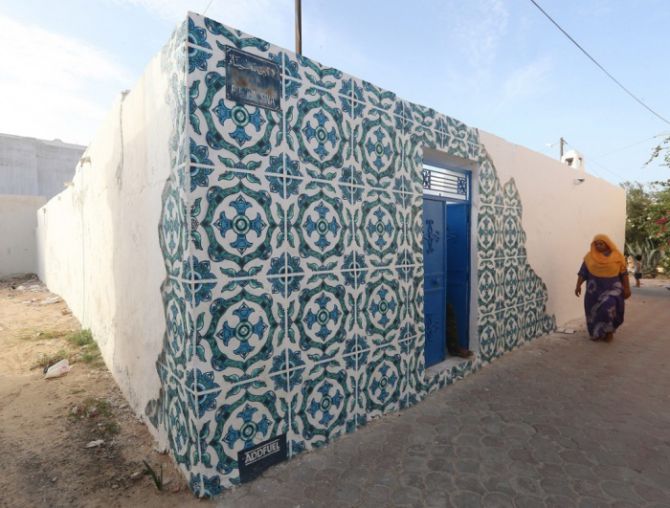 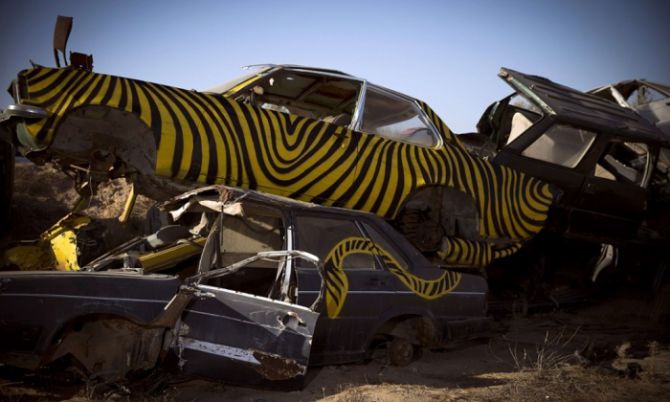 Cars in a Erriadh scrapyard have been transformed by Polish artist M-city. 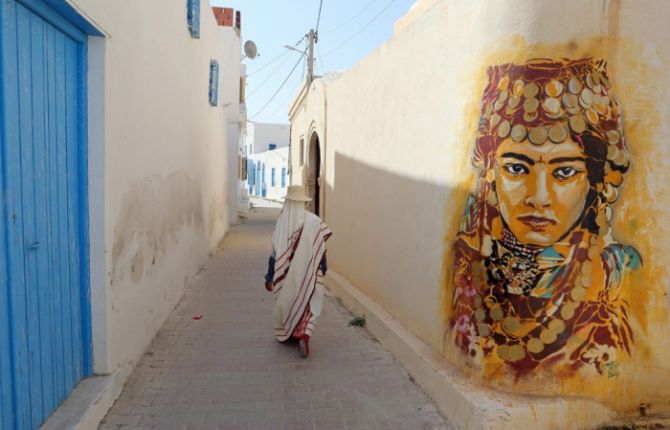 This alley is now the home to a mural by Spanish artist Btoy. 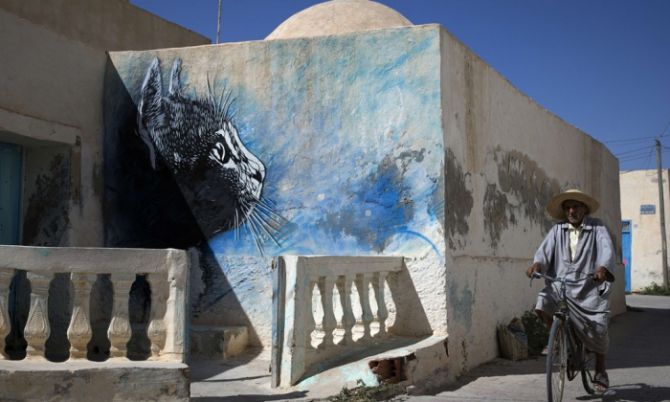 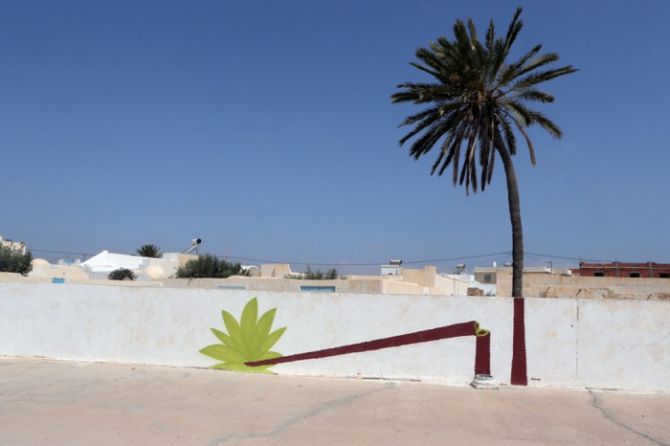 Another playful mural in Erriadh by Polish artist M-city 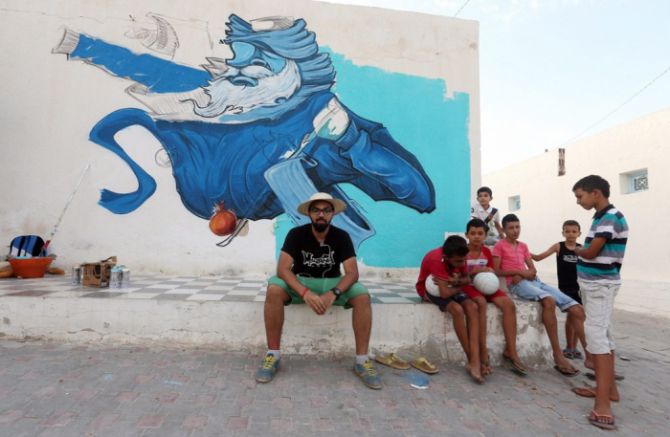 Artist Deyaa One, from Saudi Arabia, sits in front of the mural he is creating. 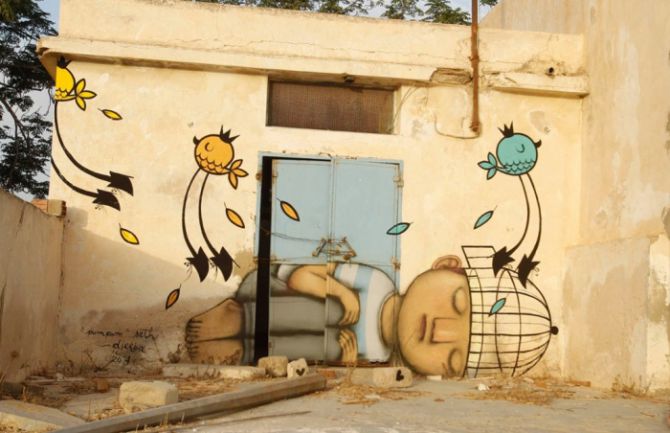 French artist Seth has brightened up a corner of Erriadh with this clever painting. 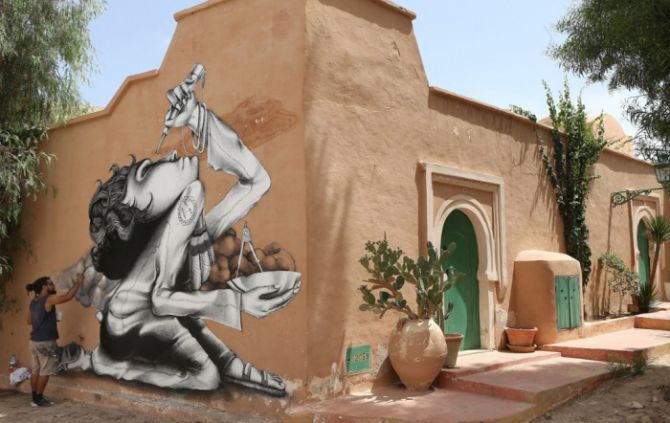 Claudio Ethos, a Brazilian artist, can be seen working on his mural on the corner of a street. 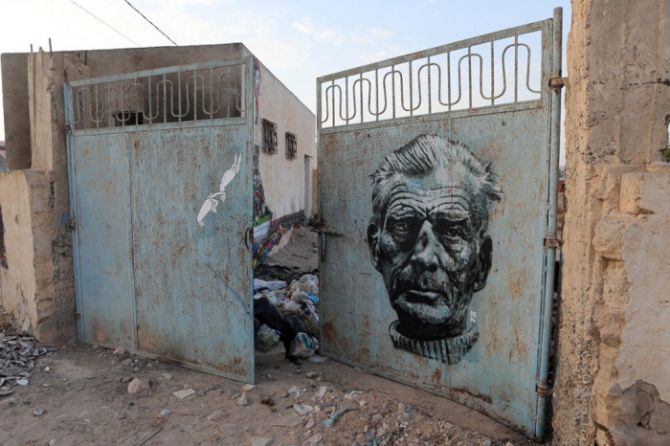 Irish novelist, playwright and poet Samuel Barclay Beckett features in one of the murals by American artist Know Hope and Italian artist Orticanoodles, which decorate an old metal gate. 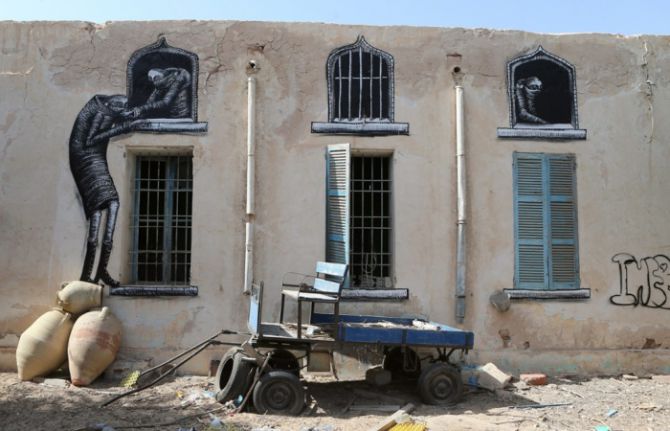 British artist Phlegm has incorporated objects in the street to create his artwork in Erriadh. 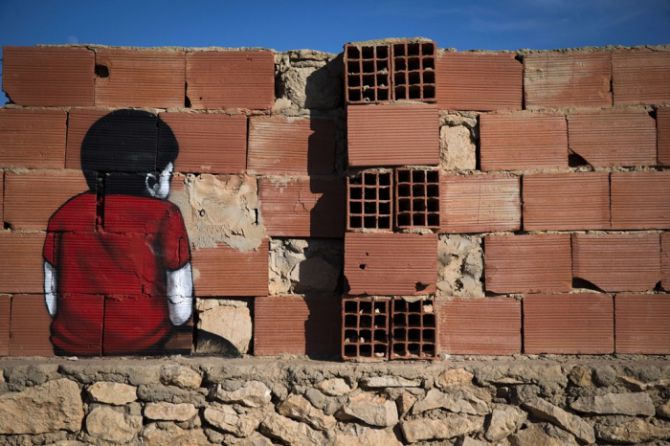 Brazilian artist Tinho has created this mural in Erriadh as part of the ‘Djerbahood’ street art project.