Up, down and side to side: German company is out to turn Willy Wonka style elevator into reality

In Roald Dahl’s classic children’s story Charlie and the Chocolate Factory, Willy Wonka takes a wide-eyed Charlie Bucket on a ride in his “great glass lift”.


“This isn't just an ordinary up-and-down lift!” declares Wonka proudly. “This lift can go sideways and longways and slantways and any other way you can think of!” 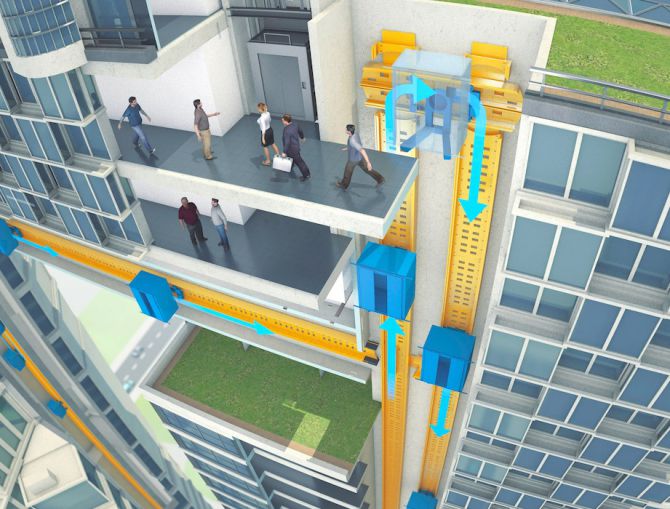 It turns out Wonka’s lift – dubbed the Wonkavator in the first movie adaptation – wasn't just the fruits of Dahl’s fertile imagination.

German conglomerate ThyssenKrupp have unveiled plans for their own omnidirectional lift – or elevator – called MULTI.

Still in development, MULTI is a ‘rope-free’ elevator which, if realised, would revolutionise the lift/elevator as we know it.

The basic design principle behind elevators used today – i.e. one cabin that can go only up or down in one shaft on one rope/cable – hasn't changed that much since Elisha Otis dramatically demonstrated his ‘safety’ elevator at the World’s Fair in 1854. 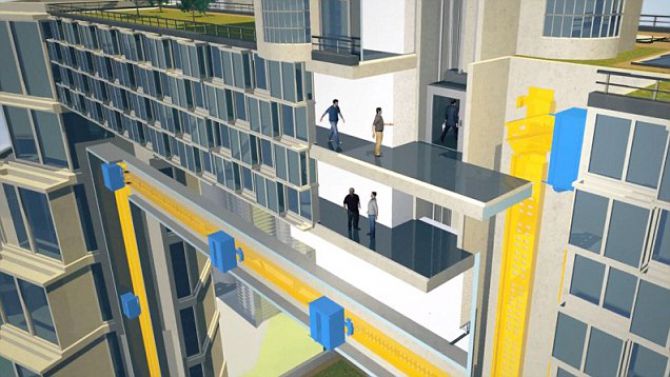 According to ThyssenKrupp, MULTI would employ magnetic levitation – Maglev – technology and linear motors so that multiple elevators can operate in the same shaft without any ropes or cables. 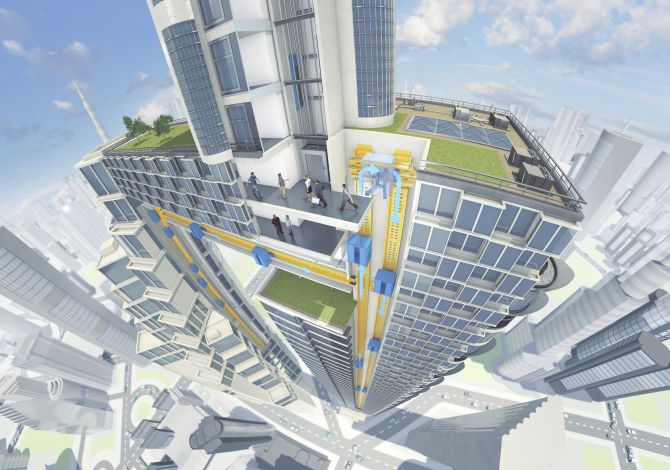 No cables means that MULTI would be able to go not only up and down, but also sideways – just like the fictional Wonkavator – though it appears that ‘slantways’ may be slightly beyond it.

The absence of cables means each MULTI cabin can be smaller than conventional elevator cabins and be self-powered by a single motor for up, down and side-to-side movement, while employing a multi-level break system. The lift shafts would also be smaller than what we are presently used to. 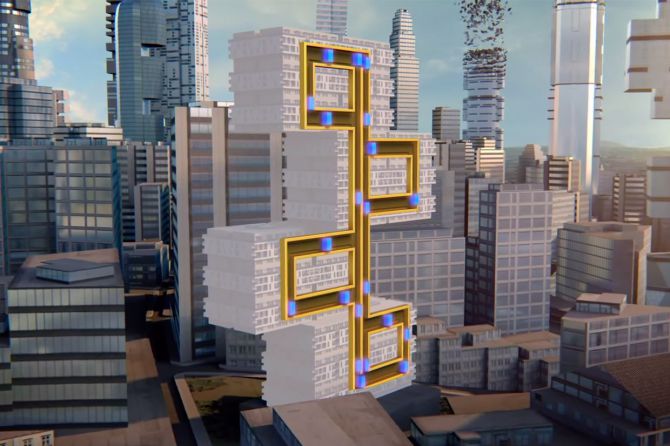 These multiple elevator cabins could therefore run in a loop, like a vertical version of an underground train network, and would travel at a speed of around five metres per second. 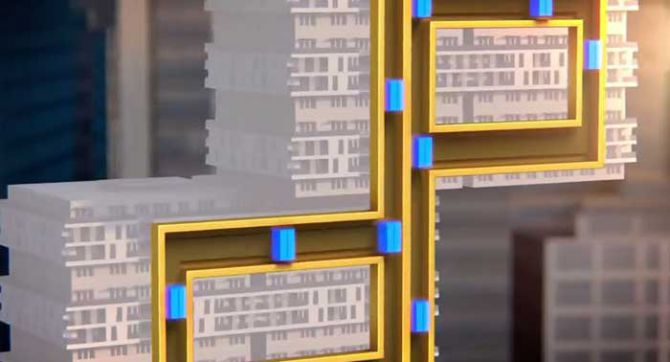 Access to an elevator, says the company, would be possible every 15 to 30 seconds, with a transfer stop every 50 metres.

Watch the video below to see ThyssenKrupp's concept in action:

So what are the implications of this extraordinary concept? For a start it could mean that architects can design buildings that are far funkier, where spaced is used far more efficiently.

That’s because the smaller size of the cabins and shafts, as well as the looped nature of the shafts, allows for increased transport capacity and a decreased “elevator footprint” in the building. ThyssenKrupp believe MULTI could increase a building’s usable area by up to 25 per cent.

A building that is at least 300m/984ft in height would be the ideal context for the technology, says the firm, that’s to say “mid and high-rise buildings”.

That MULTI can run multiple cabins in the same shaft would also significantly reduce waiting times for elevators.

To highlight the potential effects of MULTI’s speed and efficiency, ThyssenKrupp has crunched the numbers and estimates that, with current elevator technology, each year all office workers in New York spend a cumulative 16.6 years waiting for elevators and 5.9 years inside of them. 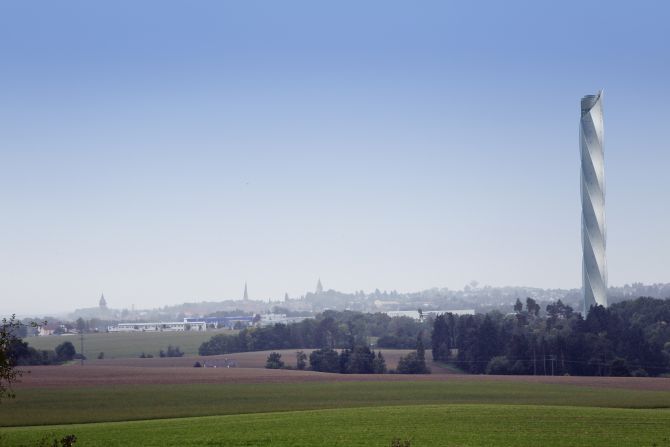 If MULTI’s development all goes to plan, it might not be that long now until you can follow in the footsteps of Charlie Bucket and enjoy a ride in an omnidirectional lift: ThyssenKrupp envisages having a prototype MULTI elevator functioning at its new test tower (depicted above) in Rottweil, Germany by the end of 2016.