The story of the collaboration between Bulgari and MB&F is first and foremost that of an encounter between Bulgari’s Product Creation Executive Director, Fabrizio Buonamassa Stigliani; and MB&F’s Founder and Creative Director, Maximilian Büsser. The outcome is FlyingT Allegra, a joint and unexpected feminine creation merging various skills, but above all two mindsets.

This story is also that of an unlikely connection, of two paradoxes combining to form a single, homogeneous and sophisticated whole. It is the story of an encounter between two unusual and unconventional creative approaches. When MB&F and Bulgari decide to join forces, the result can only be extraordinary, in the truest sense of the word.

This exceptional partnership goes far beyond the realm of the complicated feminine jewellery watch. It highlights two visions of the world, two interpretations of creativity that are radically different in form, yet which merge in substance within an integrated and harmonious co-creation vividly demonstrating the power of two. 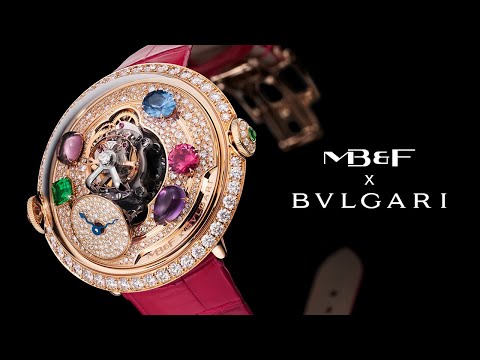 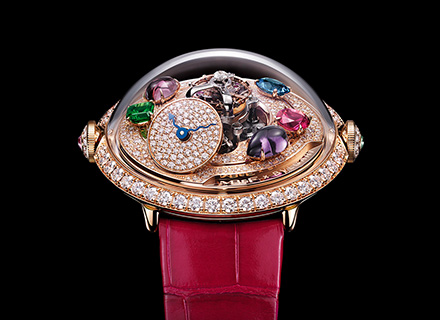 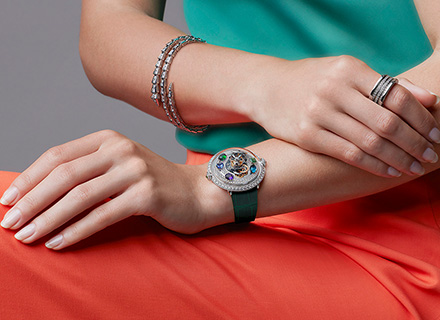 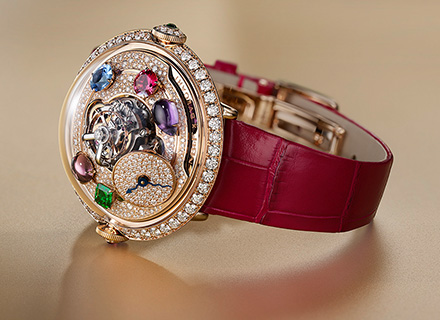 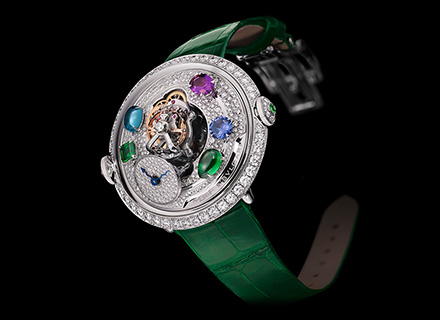 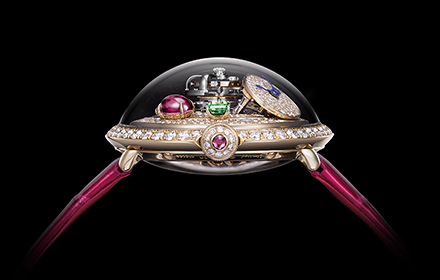 The 60-second flying tourbillon projects high above the rest of the engine, a kinetic, dynamic column that stops just short of the apex of the sapphire crystal dome. Affixed to the top of the upper tourbillon cage is a single diamond that rotates simultaneously with the tourbillon. 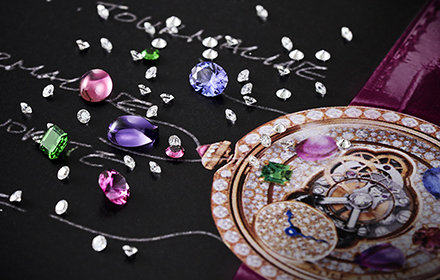 Bulgari has always favoured the use of coloured stones rather than diamonds alone. Coloured gems enable the Rome-based Maison to create authentic compositions through a gradual process aimed at achieving harmony and chromatic power adapted to the design of the model. The cabochon cut perfectly matches the FlyingT Allegra’s round and voluminous case. 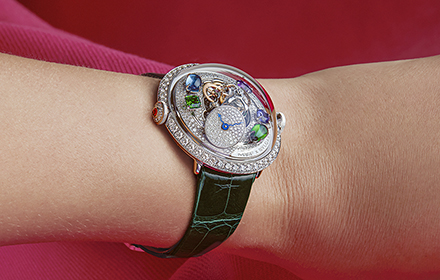 Time indication at the 7 o’clock position on the dial plate, with the subdial tilted 50° to face the wearer. The message is subtle but clear: whoever the owners of the LM FlyingT may be, their time belongs to them and no one else. 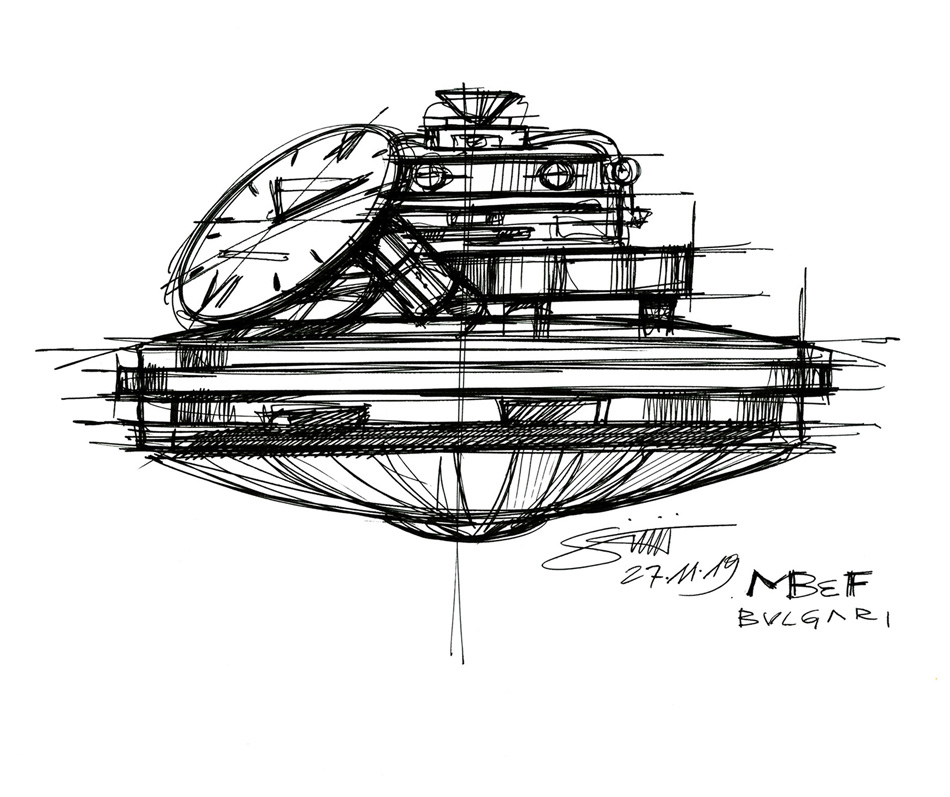 Both Bulgari and MB&F display strong character in their respective fields yet are also very different. The Rome-based Maison is known for its love of cabochon-cut coloured gems in jewellery watch creations, expressing Mediterranean warmth and exuberance – diametrically opposed to the currently prevailing classicism. Born in 2005, MB&F took the decision to design radical timepieces exploring previously uncharted conceptual territory within a watch industry environment characterised by stubborn conventionalism.

The two brands were thus bound to converge on a shared platform: that of their jewellery-making and mechanical audacity. MB&F works on volumes and complexity, while Bulgari creates two-dimensional models with a radically graphic aesthetic. The choice to revisit MB&F's Legacy Machine FlyingT was thus both natural and logical, since FlyingT Allegra incorporates both sensibilities.

Radical in terms of its architecture and construction, while exquisitely precious in terms of its opulent ornamentation, this creation was intended as a tribute to femininity. In its name FlyingT, the T stands for the initial of MB&F founder Maximilian Büsser's wife, Tiffany, as well as for flying Tourbillon. 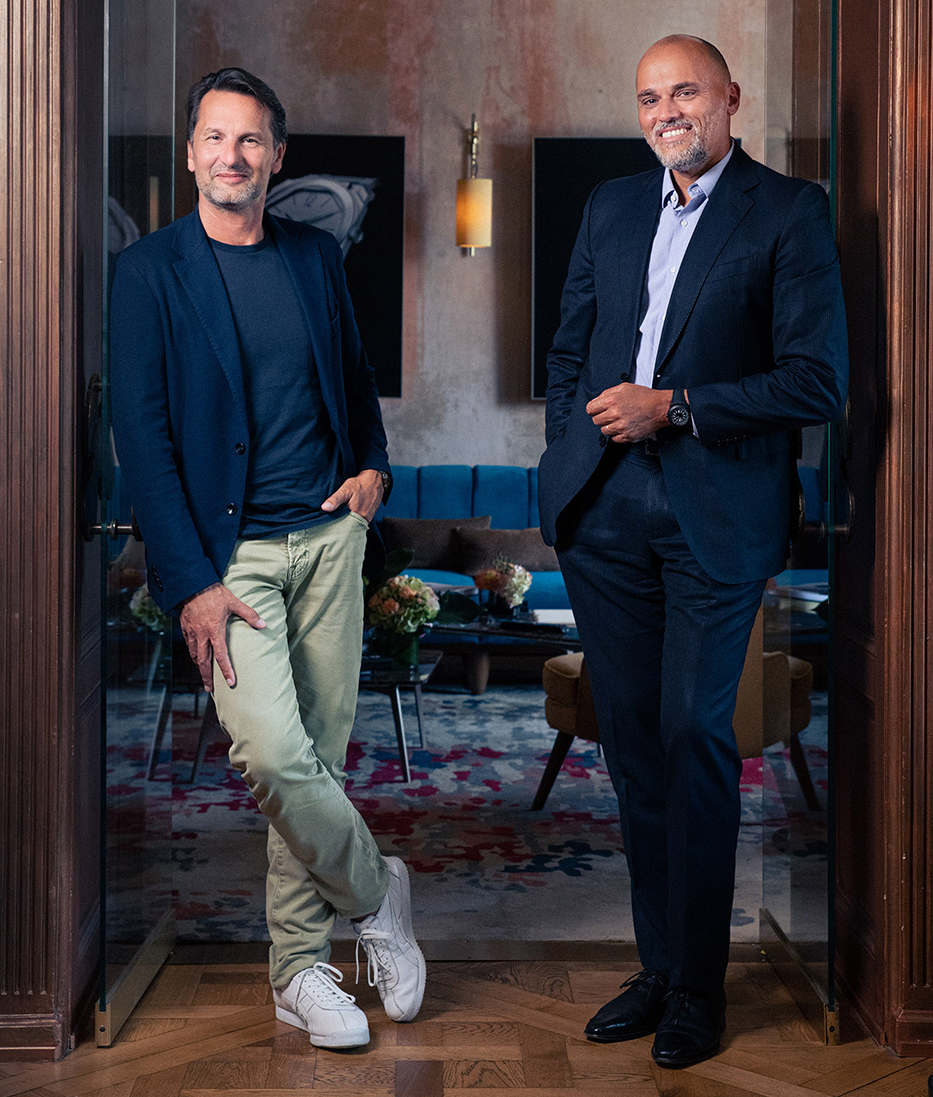 Part of the LVMH Group, Bulgari was founded in Rome in 1884 as a jewellery shop. Known as the magnificent Roman jeweller and master of coloured gems, Bulgari has established a worldwide reputation for Italian excellence and enjoys renowned for its exquisite craftsmanship. The company’s international success has evolved into a global and diversified luxury purveyor of products and services, ranging from fine jewels and high end watches to accessories and perfumes, and featuring an unrivalled network of boutiques and hotels in the world’s most exclusive shopping areas.

Demonstrated through its numerous philanthropic partnerships, Bulgari deeply believes in innovating the present for a sustainable future through its commitment to Corporate Social Responsibility and giving back – to nature and to the community. 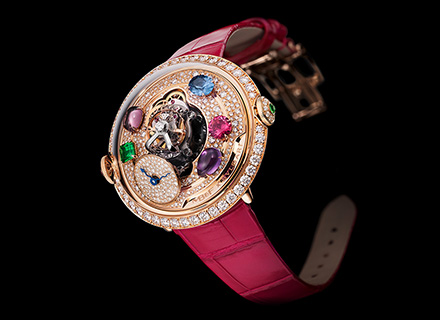