Conceived by MB&F and built by L’Epée 1839, Destination Moon is the quintessential torpedo-shaped rocket of childhood dreams.

Developed specifically for Destination Moon, the architecture of L’Epée’s eight-day movement follows the basic engineering of a real spaceship. Power in a rocket comes from its base and the power for Destination Moon comes from the oversized winding crown in its base. The control systems of a rocket are above the power source and the same holds true for Destination Moon, which has a vertical regulator underneath the time display, as well as a time-setting knob at the top of the movement. That regulator with its animated balance is protected from cosmic radiation (and curious fingers) by a small panel of virtually invisible mineral glass. Hours and minutes are displayed by large, white numerals on stainless steel disks.

And there's Neil: a smile inducing, space-suited figurine forged in solid silver and stainless steel, magnetically attached to the ladder connecting the crown to the movement. Neil imparts a childlike sense of wonder by putting Man into the Machine. 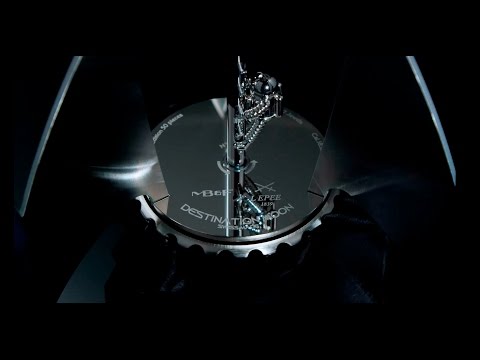 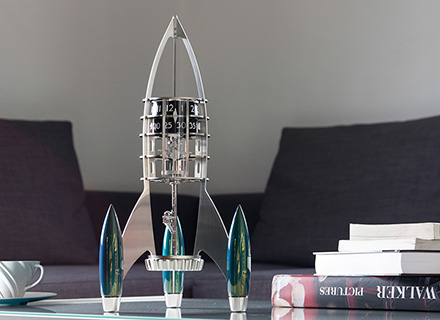 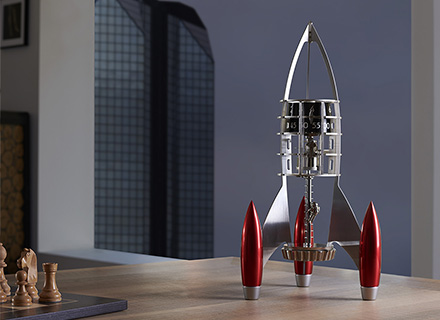 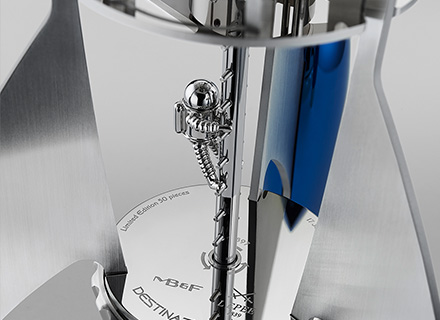 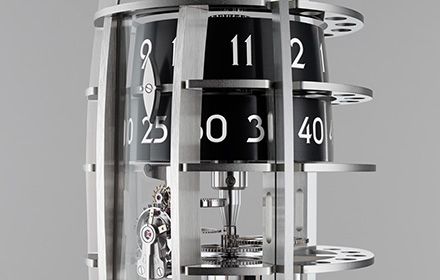 The eye-catching regulator is vertically positioned to allow for maximum appreciation and protected from curious fingers behind a panel of mineral glass. 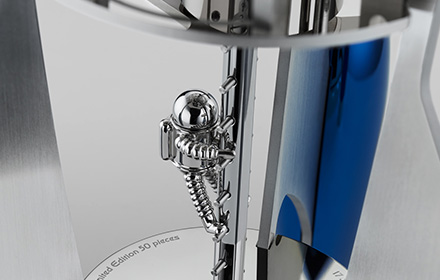 A spaceship needs an astronaut; Destination Moon is helmed by Neil, a space-suited figurine forged in solid silver and stainless steel, who is magnetically attached to the ladder. 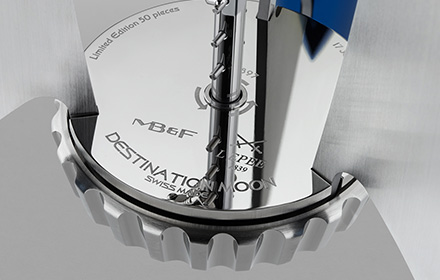 The eight-day power reserve of Destination Moon comes from the massive crown in its base, which transfers power to the mainspring barrel via the boarding ladder. 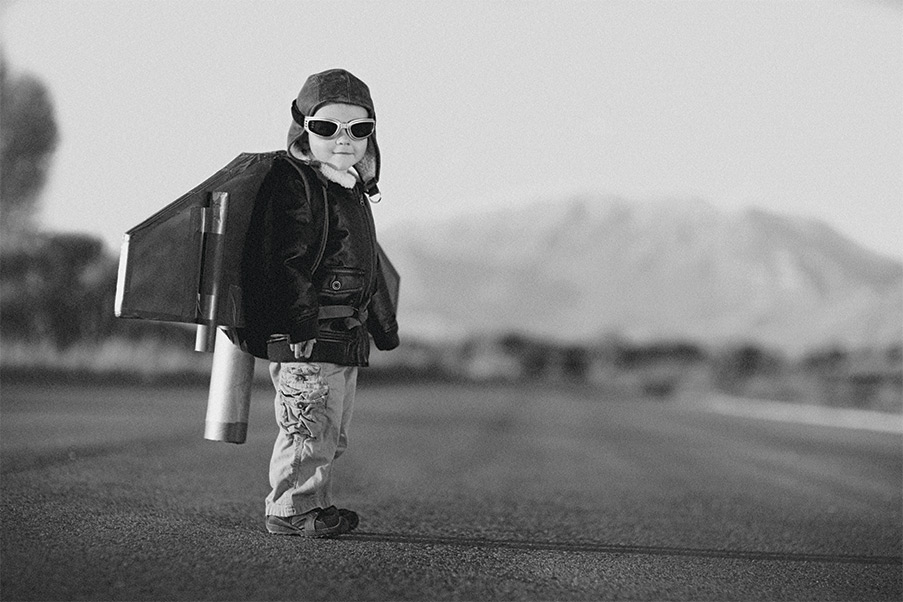 The base concept originated with L’Epée movement designer and sci-fi rocket fan Nicolas Bringuet, who came up with the idea for the movement's distinctive vertical architecture. Driven by passion, Bringuet designed the movement over one long, largely sleep-free, weekend. L’Epée then contacted MB&F wondering if some type of spacecraft might be designed around the movement and the project blasted off.

MB&F intern-designer Stefano Panterotto came up with the basic shape; however, it initially looked too realistically rocket-like and that something magical was missing. Paradoxically, the answer to adding magic was in removing the skin of the rocket so it both looked more technical − helped by the perforated Meccano-like movement plates − and acted as a framework for the viewer's imagination.

Destination Moon is available in 5 limited editions of 50 pieces each in black, green, blue and red, plus palladium (silver). 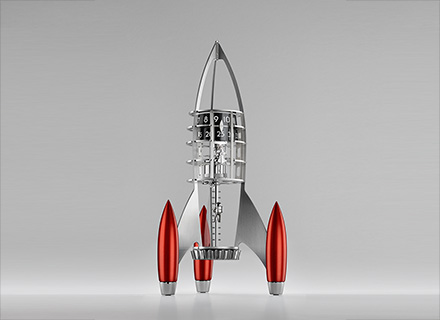 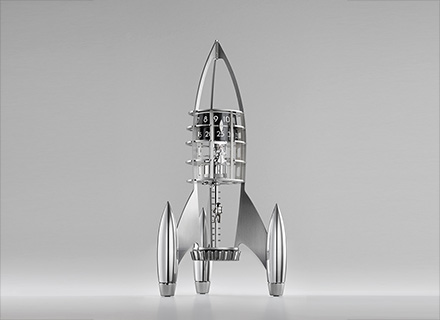 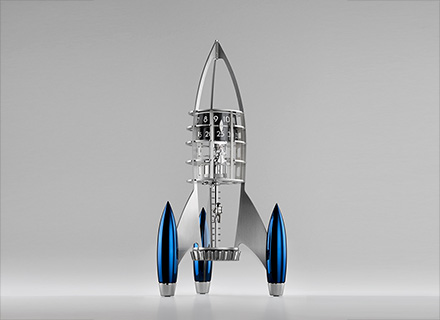 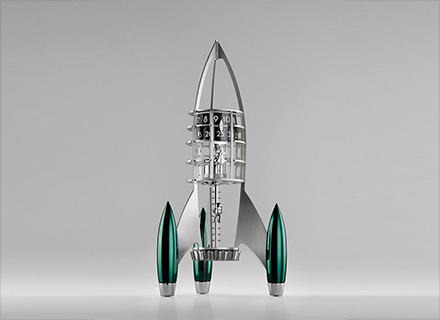