The X is more than just another way to indicate the numeral 10; LMX is the crossroads where the first and second decades of the Legacy Machine Collection meet.

Back in October 2011, MB&F had just launched Legacy Machine N°1, the first creation of a new collection, alongside the existing Horological Machines; one creative lab, two interpretations of time-telling. LMX returns to the earliest encounter with the Legacy Machine collection, utilising the same expression comprising a central flying balance wheel and two dials, although everything else is different. In another nod to the world-first vertical power reserve indicator of LM1, LMX features a completely novel three-dimensional, rotating display that showcases the engine’s impressive seven days (168 hours) of power reserve.

Like a perfectly balanced X, the engine of LMX is deeply symmetrical – not only dial-side but also as observed through the sapphire case back, revealing the three barrels placed evenly around the centre, accentuated by the sunray pattern of the Côtes de Genève finishing. A treat for those who can read the language of watch movements, who can discern expert intent and refined purpose behind the placement of each component. 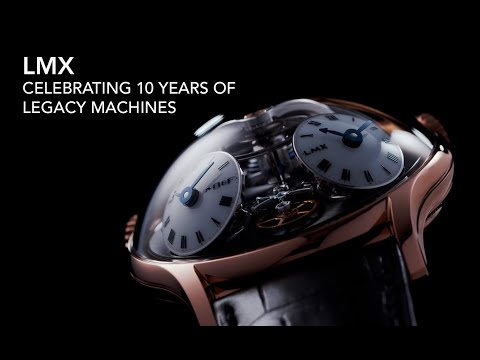 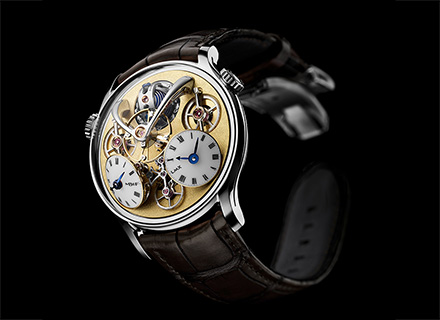 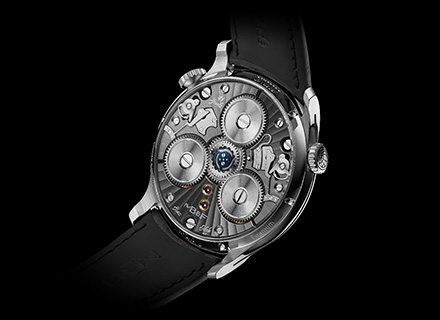 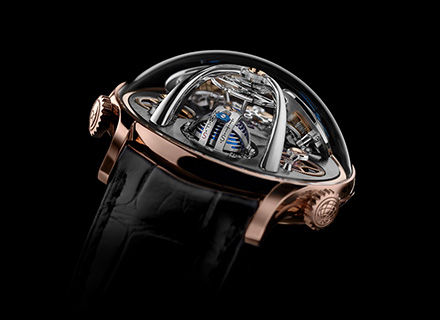 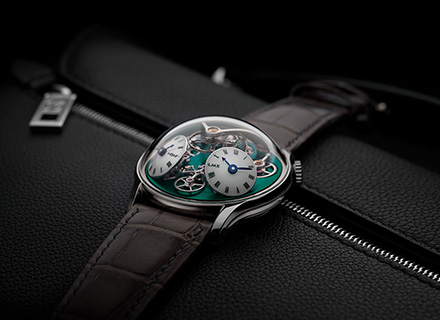 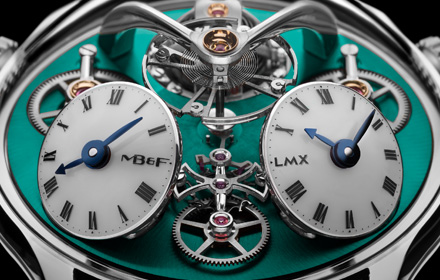 Both the hours and the minutes on each of the sub dials can be set completely independently of each other – dual time zone complications usually do not allow independent adjustment of the minutes. Both dials are tilted at an angle – a complex feature requiring the transfer of energy from horizontal to vertical planes thanks to conical gears. 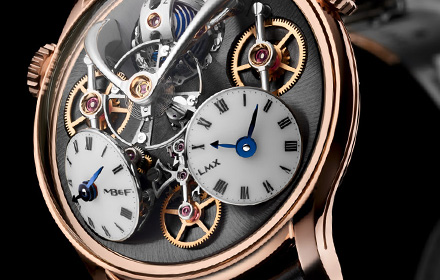 LMX reveals many functional elements such as the battle-axe-shaped escapement bridge, a new 13.4mm balance wheel with inertia blocks, and gear-train components. Three large wheels are particularly visible: two are set in motion when setting the time, while the gear at 6 o’clock is the common seconds’ wheel. Other refinements include the polished arms of the straight bridges exposed on the dial plate, manually finished to impart a curved, or bercé, profile. 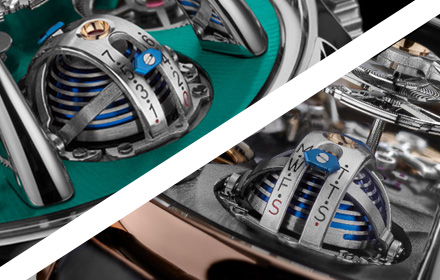 The novel three-dimensional display showcases the impressive 7 days of power reserve. Two markers are positioned on opposite sides of a hemisphere; one framed by an arched scale numbered 1 to 7, another with a scale showing the days of the week. Thanks to the rotation of the entire display, wearers can adjust the orientation of the system when LMX is on the wrist, to choose their preferred mode of power-reserve indication.

In October 2011, people thought they knew what MB&F stood for: four Horological Machines had been launched, each one more audacious than the last. MB&F founder Maximilian Büsser decided it was time to do something different – again. How does one go about disrupting a habit of iconoclasm? By turning to history, but not a history that we recognised. The MB&F Horological Machines came from an imagined future, so it was only natural that the Legacy Machines drew from an imagined past. Expressed differently: what would MB&F have created a century ago, during the golden age of watchmaking?

In the MB&F universe, X has a special significance, based on the Roman numeral for 10. It signals a 10th anniversary, like the HM3 FrogX (2020) marking a decade of the totemic HM3, or HMX (2015), which headlined the 10th year of MB&F. But X is more than an ancient alternative to the Arabic numeral 10. In algebra, X is the unsolved variable; in cartography, X is the desired destination. X represents the indescribable, the unexplainable and the uncategorisable; it symbolises everything we do not know – yet. 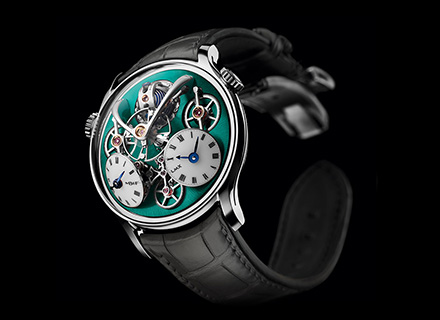 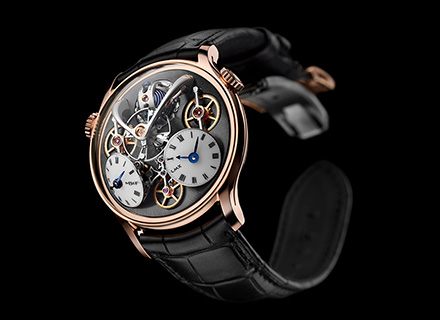