Only Watch, the world’s most high-profile charity watch auction, returns in 2019 in its eighth edition to continue raising awareness of Duchenne muscular dystrophy and pursuing a cure for this genetic disorder primarily affecting male children. MB&F is participating in the Only Watch charity auction for the fifth time, donating one of its creations to be sold in support of the Association Monégasque contre les Myopathies.

All previous MB&F Machines created for Only Watch were unique pieces from existing collections that incorporated visual elements related to the auction. For this 2019 edition of Only Watch, MB&F and L’Epée 1839 have made the unprecedented choice to contribute a previously unreleased piece, highlighting the special nature of the auction.

‘Tom & T-Rex’ will be the first – and a unique – example of the T-Rex clock co-created by MB&F and L’Epée, planned for general release at the end of August 2019. 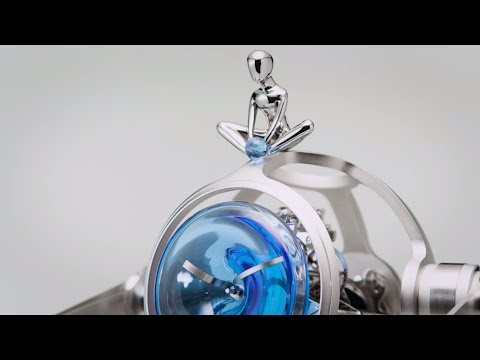 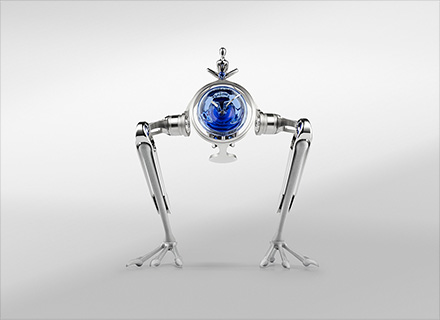 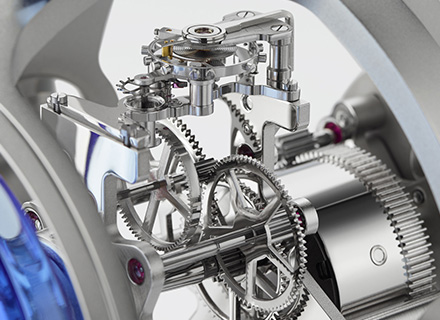 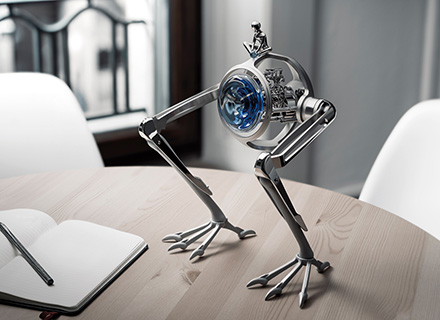 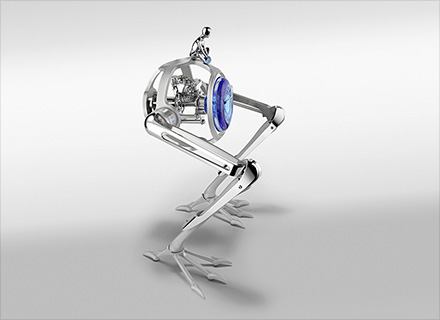 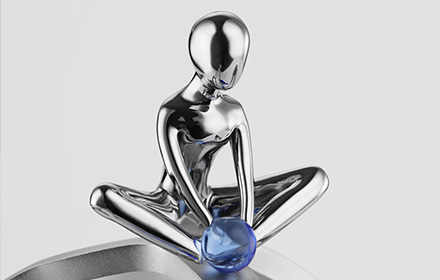 What sets ‘Tom & T-Rex’ apart from the main T-Rex collection to follow? A sculpture mounted atop the body of the hybrid beast, shaped like the figure of a young child. The rider of T-Rex – who MB&F and L’Épée have named Tom – is both companion and ward of his redoubtable steed.

Clock making tradition at its best: beating within the 201 finely finished components, a hand-wound mechanical movement conceived and manufactured entirely in-house by L’Épée 1839. Hours and minutes are regulated by the balance wheel beating at 2.5Hz (18,000vph), powered by a single barrel offering 8 days of power reserve. 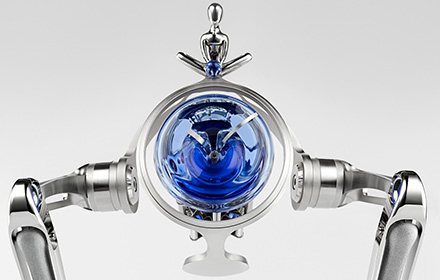 Hand-blown in Murano glass, the complex hemitoroidal “eyeball” is in fact the clock’s dial. Tom stares down into a matching transparent blue marble of Murano glass nestled in his cupped hands, perhaps imagining a different world… 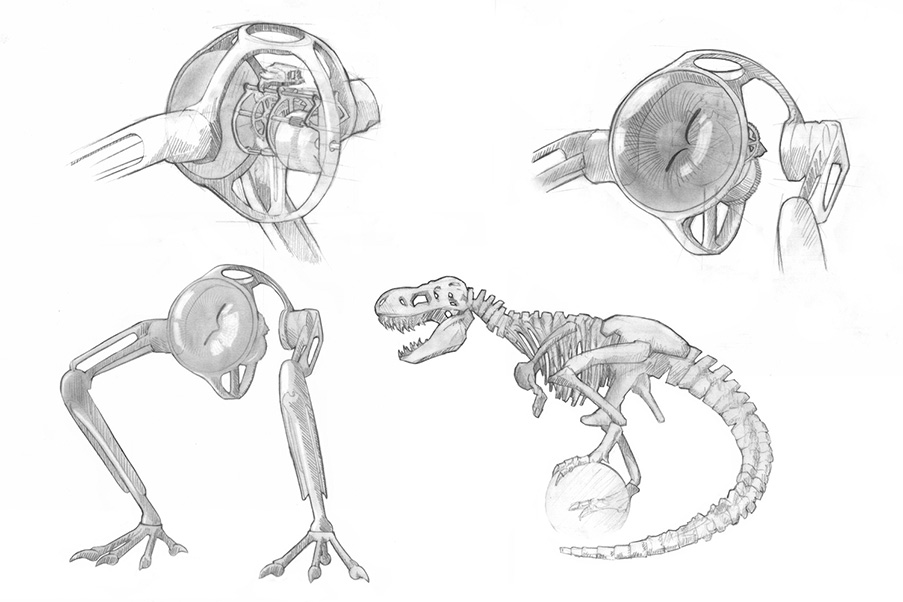 Tom specifically represents the children living with the degenerative disease that is Duchenne muscular dystrophy, which causes the gradual loss of basic motor functions, including the ability to walk. Tom, who spends his waking days tethered to an unfavourable reality, has found in T-Rex a friend who can take him on adventures beyond his wildest dreams.

T-Rex carries its little companion away into fantastical realms with the earth-shaking strides of the mightiest of dinosaurs, under the fierce protection of an all-seeing cyborg eye. Made of hand-blown Murano glass, the “eyeball” also functions as the clock dial.

T-Rex is a metaphor for the factors that sustain the daily existence of a sick child: the flights of imagination that nourish the spirit and the scientific advancements that will one day effect a long-awaited cure.

Despite being completely fixed in position, the jointed legs of T-Rex – modelled directly on actual Tyrannosaurus Rex bones, using 3D scans of fossilised dinosaur skeletons as references – are deliberately posed to suggest energy and a sense of motion. A combination of sandblasted and polished surfaces directs the way that light interacts with the body of T-Rex, so that the clock seems light and agile, ready to run off with its diminutive passenger to a land where disease has ceased to exist.