The first editions of the LM Split Escapement were presented in MB&F’s classic Legacy Machine case – but the collection now also features the EVO case, conceived for a more active lifestyle.

This new case design first came to life in 2020 in the form of the LM Perpetual EVO; it features 80 metres of water resistance, a screw-down crown, an integrated rubber strap and a bezel-free design. But the EVO concept goes deeper: inside the case, the movement is suspended thanks to a world-premiere, monobloc shock-absorbing “FlexRing” system, dampening the kind of vertical and horizontal shocks that come with real-life adventures.

Next to the LM Perpetual EVO and LM Sequential EVO, the LM Split Escapement EVO was first introduced as a limited edition for the UAE’ 50th anniversary. There are two additional LM SE EVO editions: the first comes in an icy-cool blue base plate and slate grey subdials that will make you shiver, in a good way. The second edition is reserved exclusively for the MB&F LAB in Beverly Hills and features a striking black base plate and metallic blue subdials. 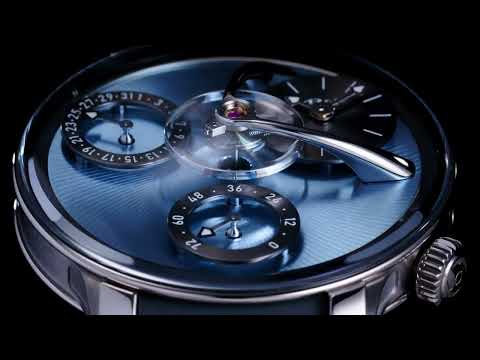 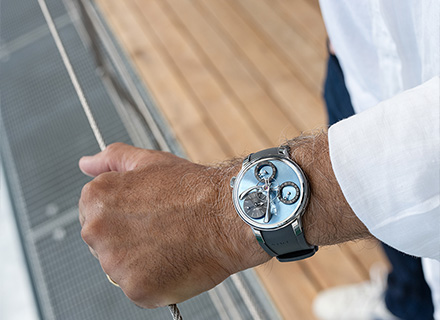 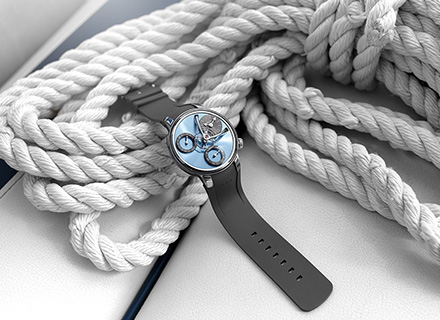 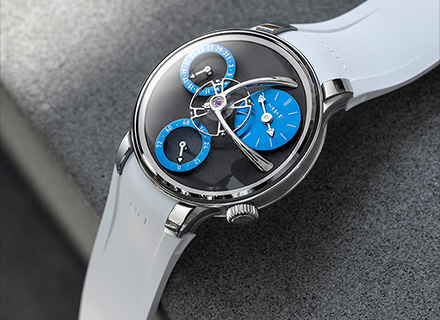 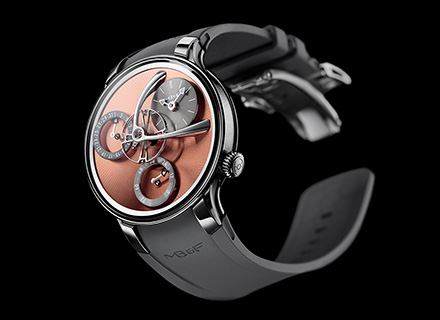 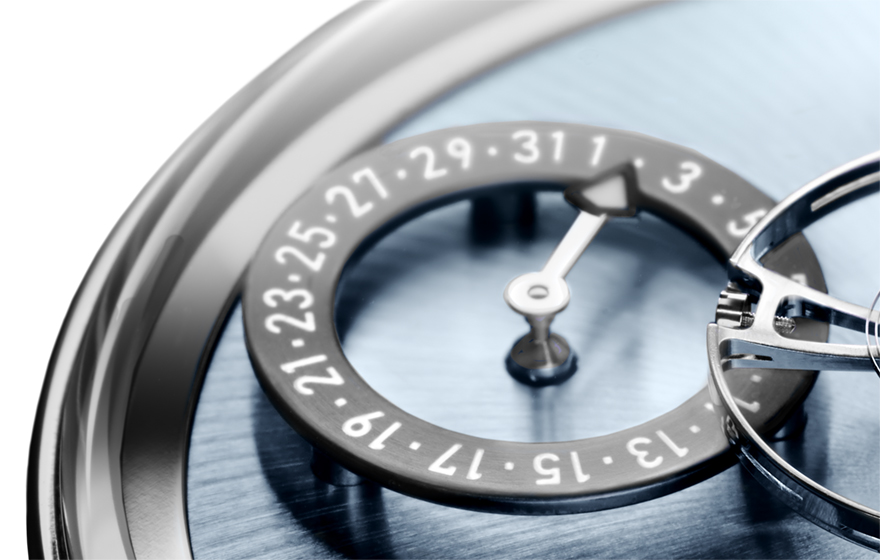 The date can be quickly and easily adjusted thanks to a push-button on the side of the case, next to the date dial. 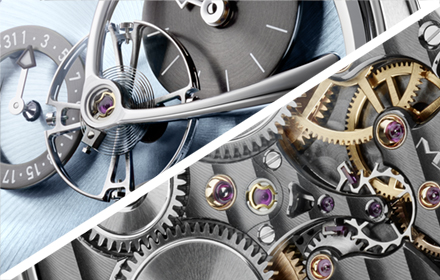 The balance of LM SE seems to oscillate on its own, without any visible intake of energy. The essential remaining parts of the escapement, which provide the driving impulse – anchor and escape wheel – are concealed on the opposite side of the movement. 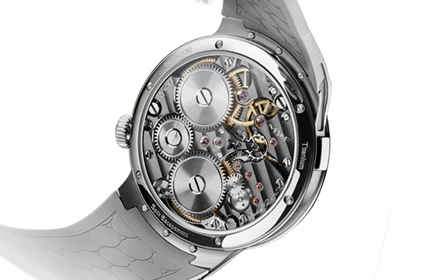 The FlexRing, machined from a single block of stainless steel, is an annular dampener fitted between case and movement, providing shock protection along both vertical and lateral axes. 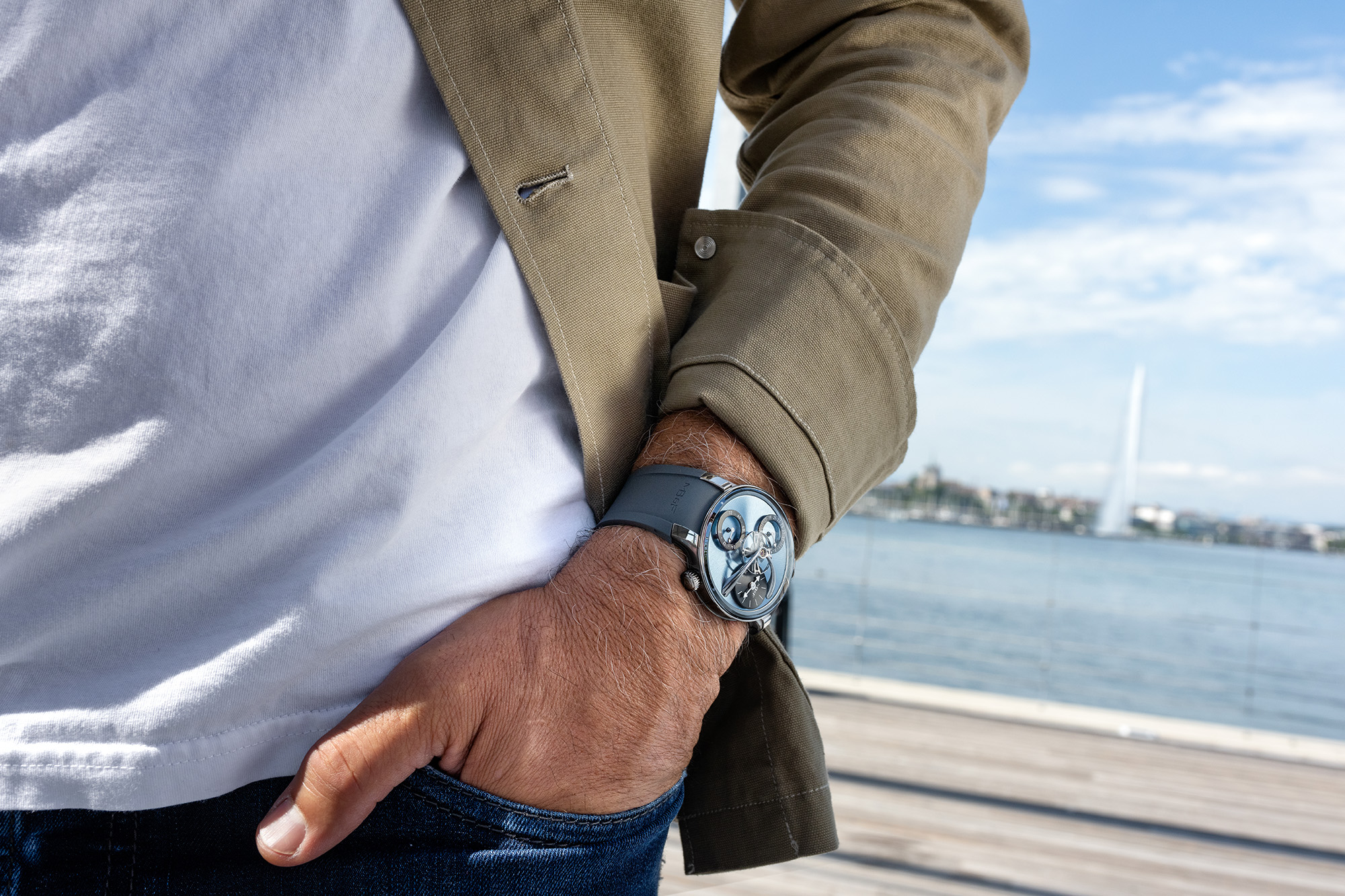 Like all good stories, it is worth starting at the very beginning. The idea behind the LM Split Escapement started life in 2015 with the LM Perpetual. Designed and conceived by Northern Irish master watchmaker Stephen McDonnell, there were two criteria for the perpetual calendar: make it fool-proof; and display MB&F’s signature flying balance wheel in the centre of the dial. McDonnell was soon to realise that there was a problem: there was nowhere to put the escapement. The concept had worked with previous Legacy Machines, where the balance wheel was on the front of the watch along with the escapement, but with the perpetual calendar display of the more complex LM Perpetual, there was simply no room for both.

A man of solutions, McDonnell had the ingenious idea of creating the world’s longest balance staff that would traverse the entire movement, leaving the large balance wheel on its own, on the front of the watch, and moving the remaining parts of the escapement – anchor and escape wheel – to the opposite side of the movement, almost 12 mm below; hence the name ‘Split Escapement’.

When the LM Perpetual was unveiled, there were so many innovations to talk about that the split escapement went largely unnoticed. So, in 2017, MB&F decided to create the LM Split Escapement (LM SE) to highlight McDonnell’s genius idea. The manual-winding, 298-component movement is driven by double barrels providing 72 hours of power reserve, and features a user-friendly, foolproof rapid date-changing system that prevents the user from inadvertently damaging the movement when adjusting the date. 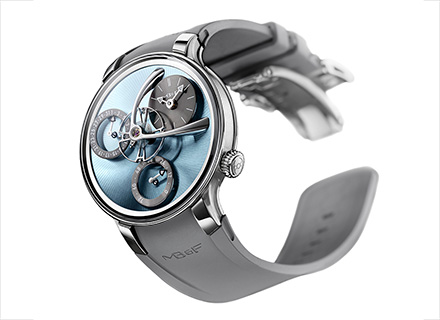 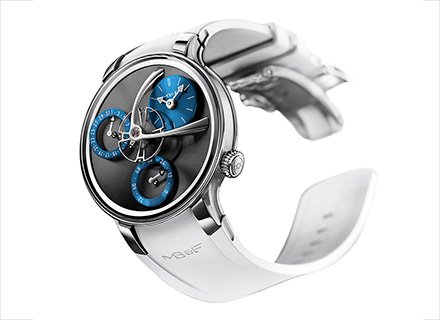