The streamlined, faster-than-sound looking HM4 ‘Thunderbolt’ stretches horological art to its very limits. Both the aviation-inspired case and the engine inside have been described as radical, even anarchistic!

The HM4 engine is the culmination of three long years of intensive development. Each of the 311 components was developed specifically for this calibre. Horizontally-configured dual mainspring barrels drive two vertical gear trains, transferring power to the twin pods indicating hours and minutes on the right, power reserve on the left. With the dials perpendicular to the wearer’s wrist, HM4 might be described as the perfect pilot’s watch. 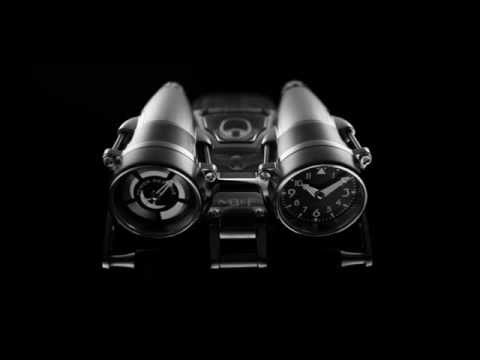 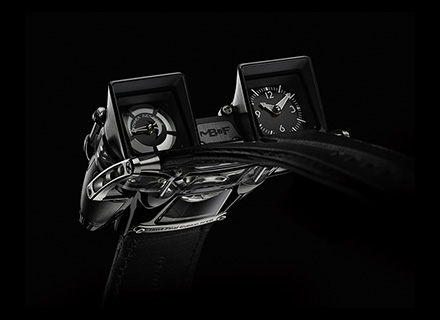 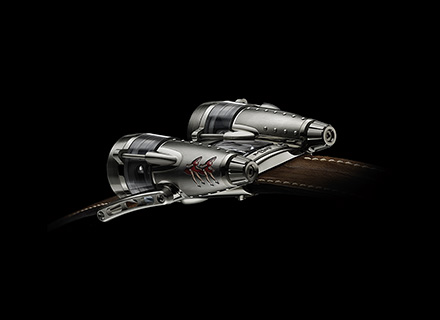 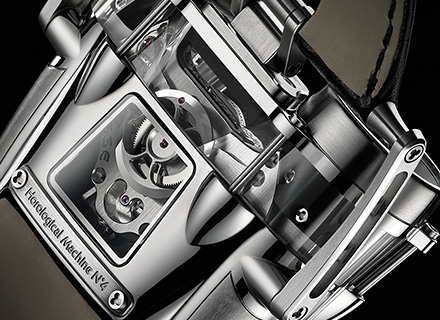 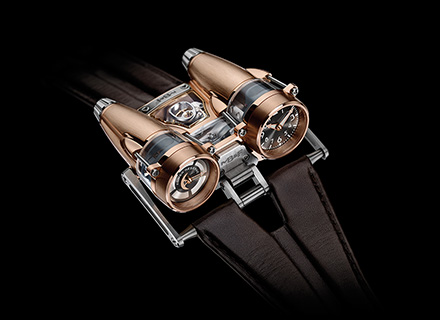 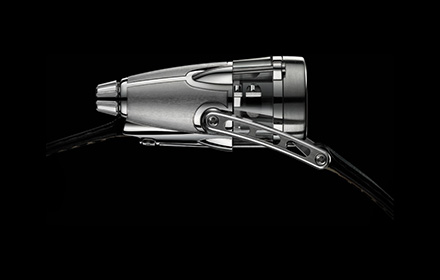 HM4 was awarded the prize for the Best Concept & Design Watch at the prestigious Grand Prix d’Horlogerie of Geneva in 2010. 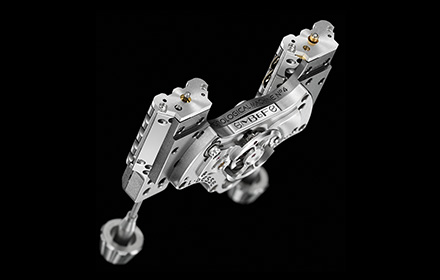 HM4's engine was entirely designed and developed by MB&F over 3 years of intensive work with Laurent Besse and Beranger Reynard. Every component was developed specifically for HM4 due to its extreme nature. 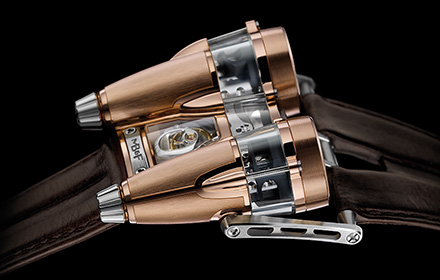 185 hours of delicate machining and polishing are required to turn an opaque block of sapphire crystal into the fully transparent central case section, which reveals the engine. 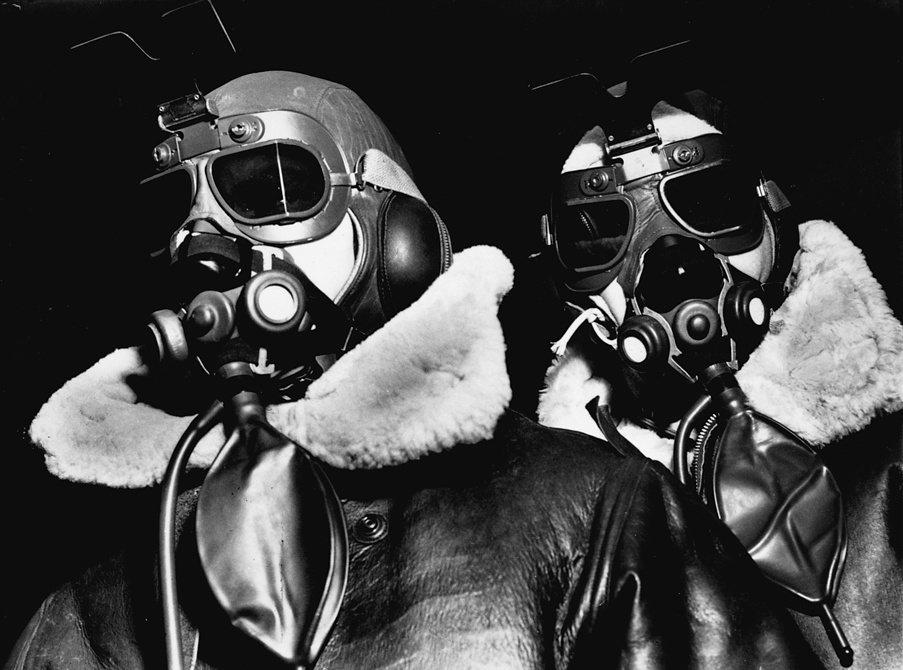 Starting with the original HM4 Thunderbolt in high-tech titanium, the HM4 ‘Razzle Dazzle’ and ‘Double Trouble’ limited editions took the aviation theme even further – with real rivets in their fuselages and hand-painted nose art inspired by the rebellious paintings on WWII aircraft. The HM4 RT offered an altogether more luxurious way to fly, while the iconic F-117 inspired the HM4 Final Edition, featuring square angular panels and stealthy dark surfaces.

The HM4 series was crafted to a total of only 100 movements over all models – including the 8-piece Final Edition which closed the series. 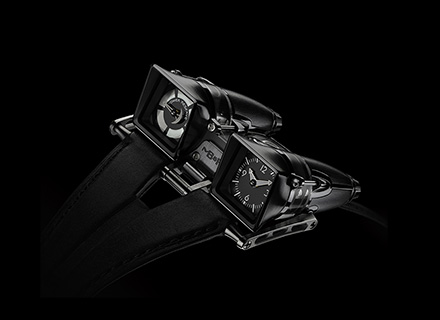 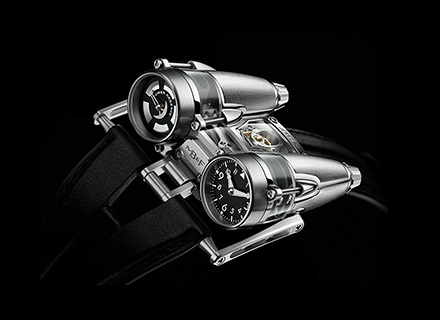 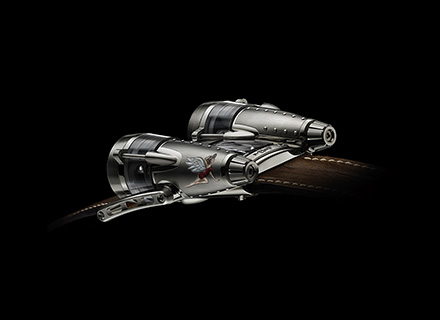