what we stand for

MB&F is an artistic concept laboratory based around a simple idea: to assemble collectives of independent watchmaking professionals to develop radical watches - Horological or Legacy Machines. By nurturing teams of talented individuals, harnessing their passion and creativity and crediting each person’s essential role, MB&F uses their synergy to become much greater than the sum of its parts. Respecting tradition, but never constrained by it, we reinterpret traditional, high-quality watchmaking into three-dimensional kinetic sculptures.

Meet the Friends
More about the brand
PLAY VIDEO 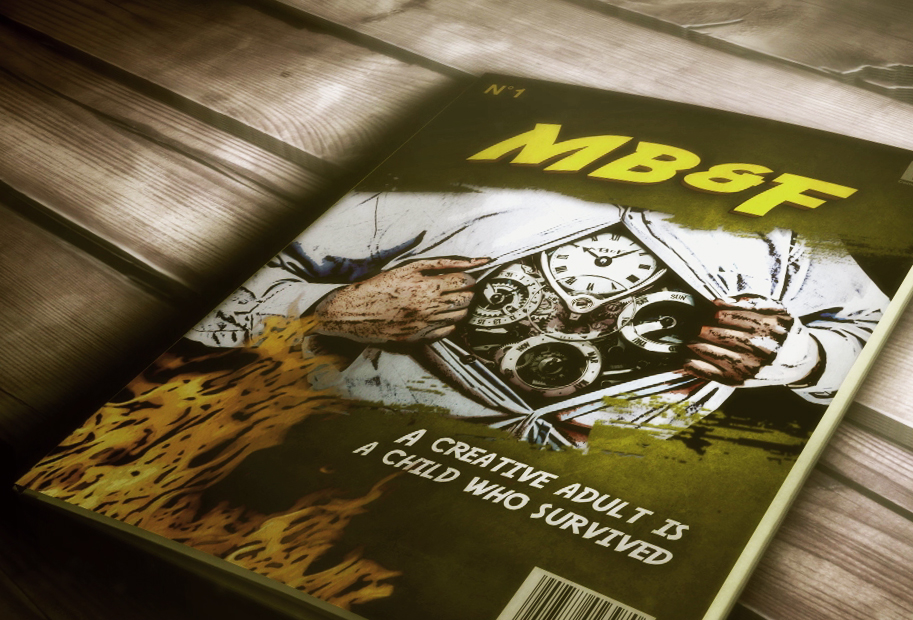 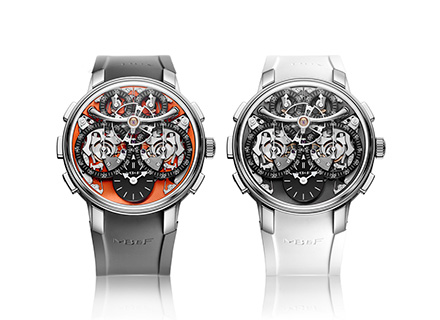 The LM Sequential EVO - MB&F’s 20th calibre in 17 years - wins the “Aiguille d’Or”, the ultimate prize at the Grand Prix d’Horlogerie de Genève. This year also marks a new architectural identity for the MB&F M.A.D.Gallery, along with the first “MB&F Labs”, a new retail format derived from the new identity, in Singapore and Paris. 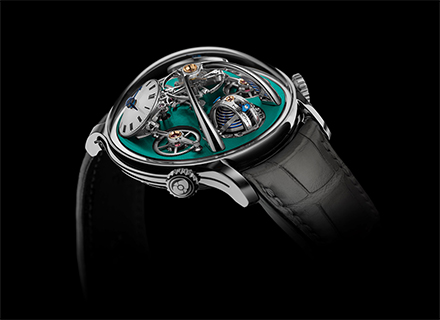 MB&F celebrates the Legacy Machine collection’s 10th anniversary with LMX, revisiting and accentuating the most striking features of the original LM1 – including a rotating, hemispherical power reserve indicator 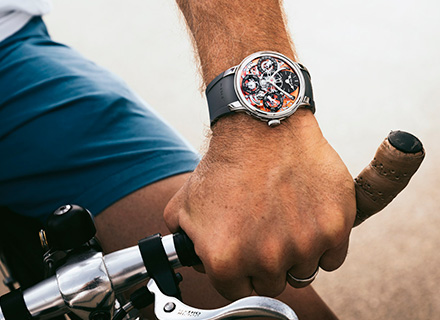 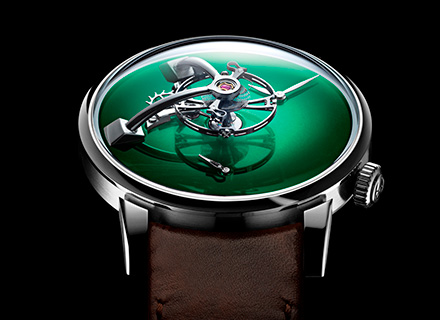 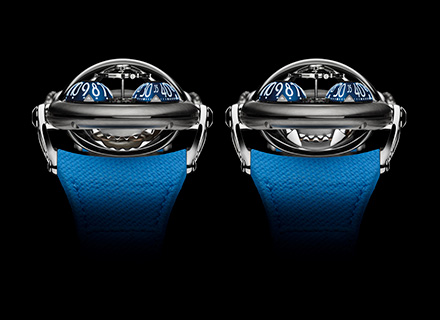 In the midst of the Covid-19 pandemic, launch of Horological Machine N°10 ‘Bulldog’ – featuring a three-dimensional jaws-shaped power reserve indicator. 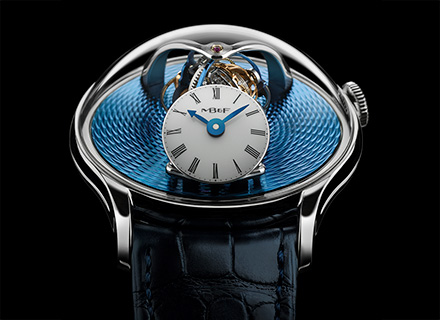 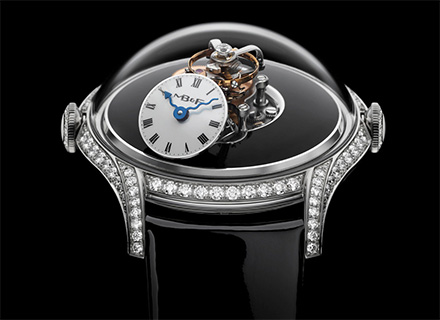 The year 2019 marks a turning point for MB&F with the creation of the Horological Lab’s first ever Machine dedicated to women: the Legacy Machine FlyingT. 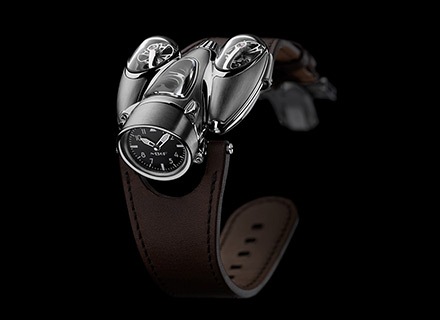 First projected moon phase with the MoonMachine 2, a second collaboration between MB&F & Stepan Sarpaneva.
Horological Machine N°9 ‘Flow’ pays tribute to the radical automotive and aircraft designs of the late 1940s and 1950s. 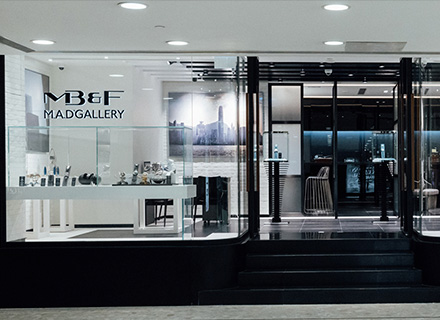 Opening of a new M.A.D.Gallery in Hong Kong, at Harbour City’s Ocean Terminal. 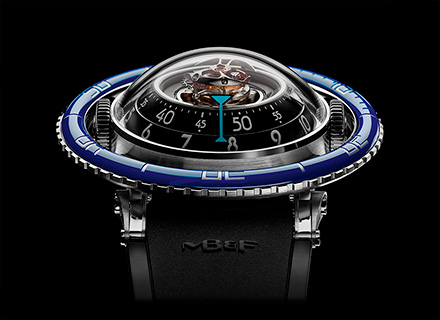 MB&F plunges into the water at the SIHH with Horological Machine n°7 Aquapod. 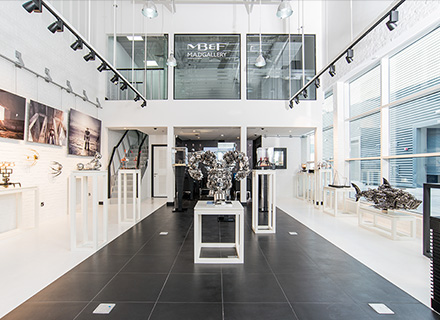 Opening of a third M.A.D.Gallery in Dubai. Caran d’Ache and MB&F present the Astrograph pen, and HM8 Can-Am is launched in October. 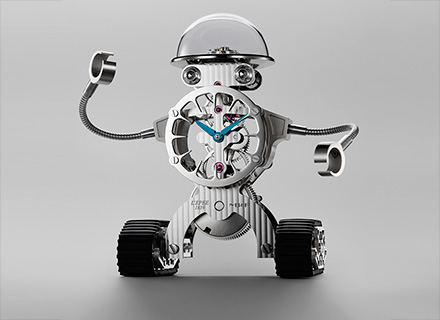 MB&F is invited to join the prestigious SIHH watch fair in Geneva. Sherman and Balthazar join the robot-clock line-up. 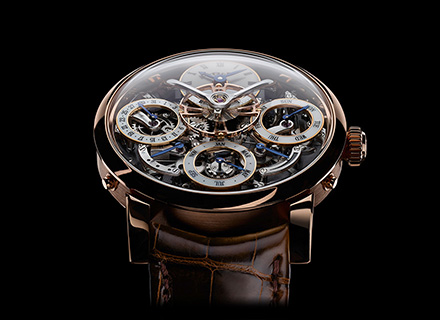 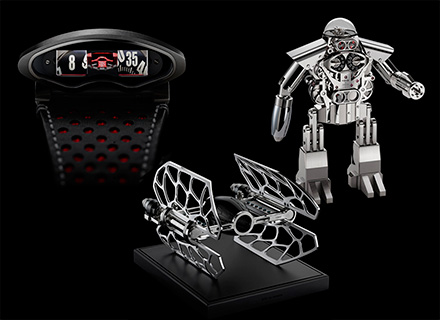 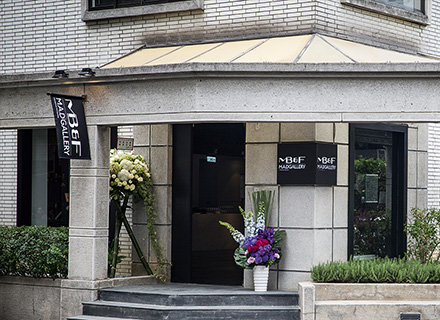 Opening of a second M.A.D.Gallery in Taipei, Taiwan. 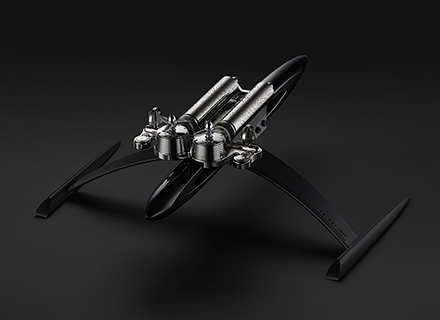 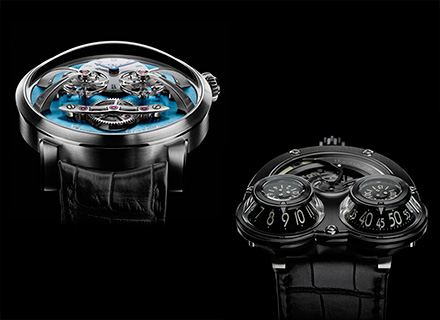 The second Legacy Machine (LM2) comes to life. The HM3 is re-engineered as the HM3 ‘MegaWind‘. 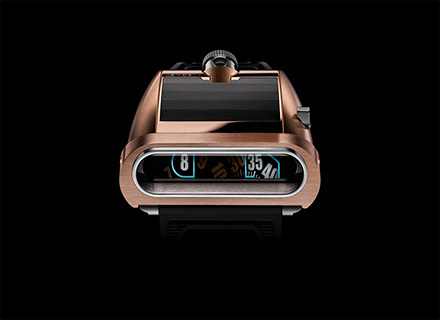 Launch of Horological Machine No.5, inspired by iconic 70’s supercars – back “On the Road Again”, 40 years later. 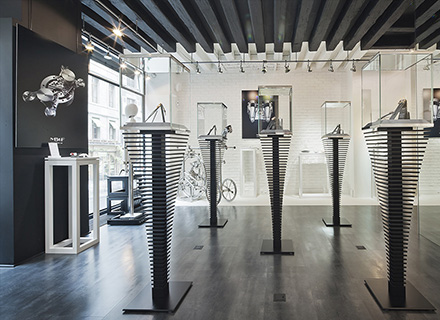 Opening of the first MB&F M.A.D.Gallery in Geneva, where both horological machines and Mechanical Art Devices reign supreme. 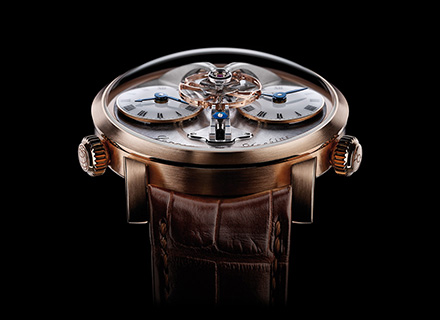 Legacy Machine No.1 marks the beginning of a new line: the Legacy Machines are a tribute to 19th century watchmaking. 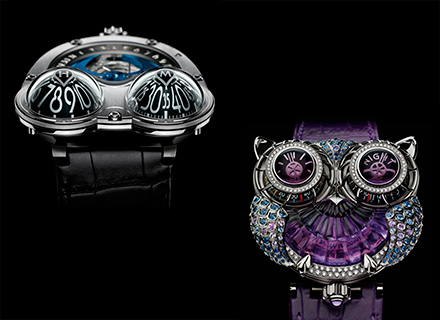 Both launched in 2010 and derived from the HM3: the HM3 ‘Frog’, and the JLWRYMACHINE created with jewellery house Boucheron. 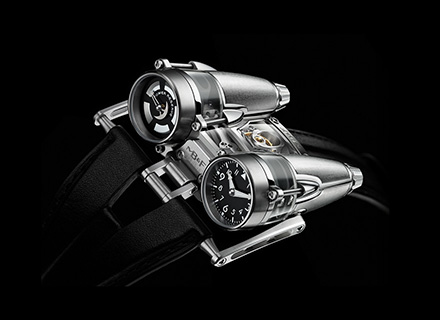 Winner of the GPHG, the HM4 Thunderbolt is MB&F’s most radical piece to date. Several limited editions will follow. 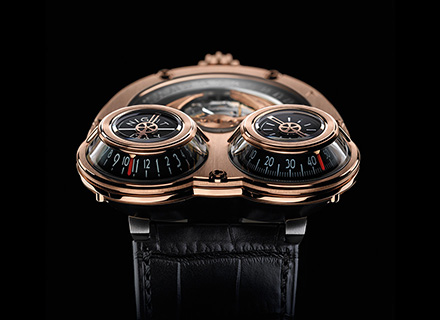 Launch of the iconic HM3 series with the Horological Machine No.3 ‘Sidewinder’ and ‘Starcruiser’. 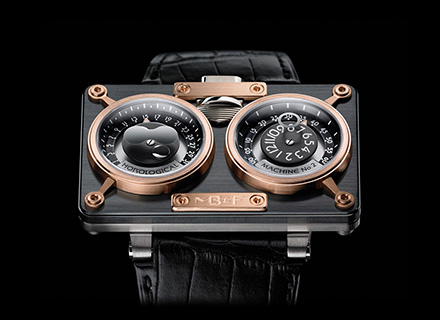 Horological Machine No.2 revolutionises the world of haute horlogerie with its distinctive shape and modular construction. 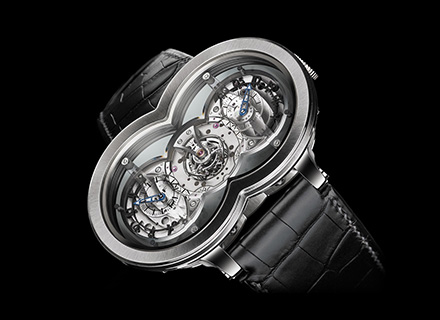 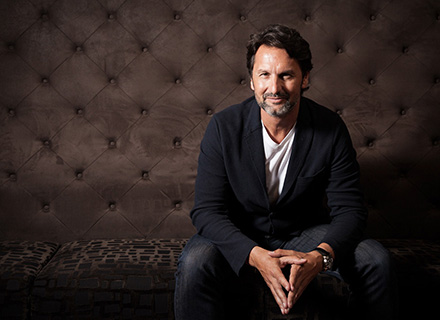 While developing his first Machine, Max travels around the world to convince his future retail partners to join him in his adventure. 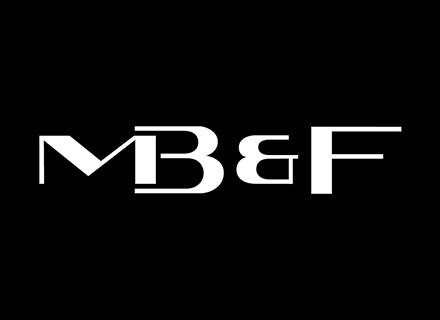 After decades conforming to the rules of corporate watchmaking, Maximilian Büsser breaks the chains and starts a rebellion called MB&F.