A creation born in the M.A.D.Gallery

Welcome to the world of LM1 Xia Hang, a collaboration between MB&F and a Chinese artist featured at the M.A.D.Gallery: Xia Hang.

LM1 Xia Hang retains all of the 19th century pocket watch-inspired features of the original LM1, including the majestically suspended oscillating balance wheel and dual time indications that can be set completely independently, but with a twist: the power reserve is indicated by a miniature, highly-polished aluminium man, designed by talented Chinese sculptor, Xia Hang. The man sits up straight when the movement is fully wound (Mr. Up) and gradually slumps over as the power diminishes (Mr. Down). Xia Hang first created full-size sculptures, which MB&F then scaled down to a height of just 4mm (1/8") and then developed the articulation required. 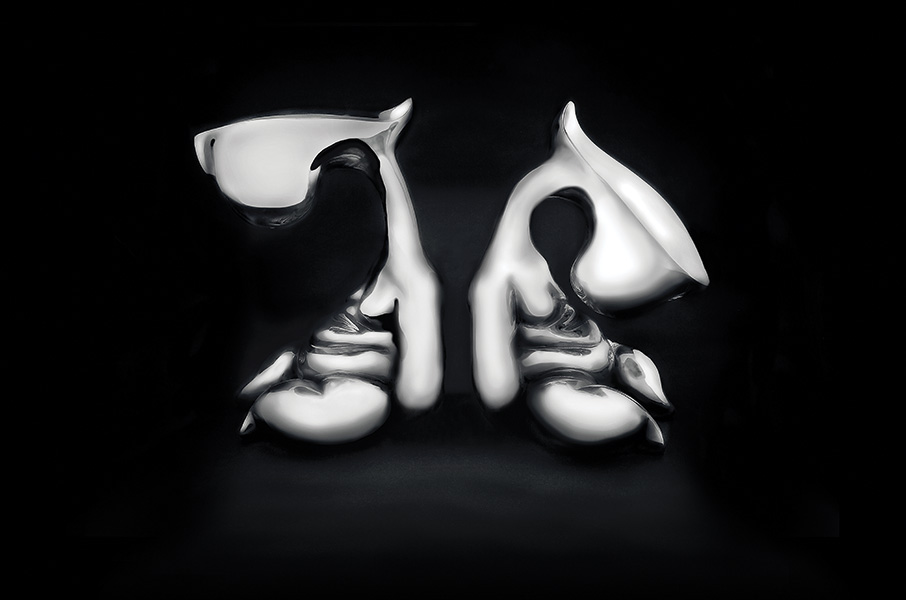 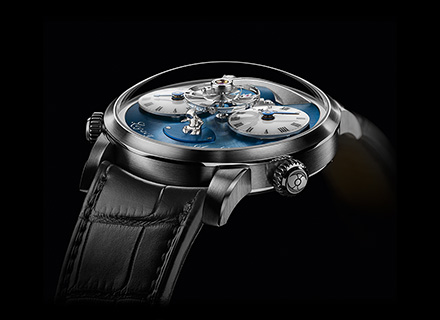 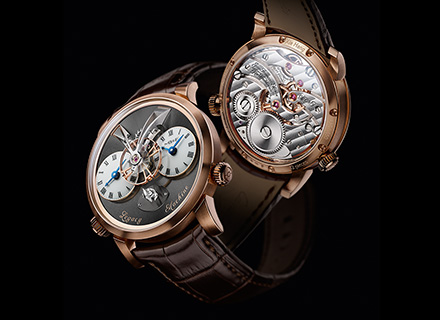 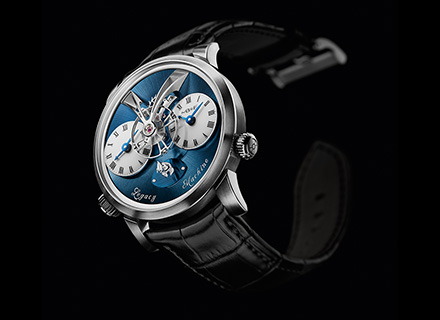 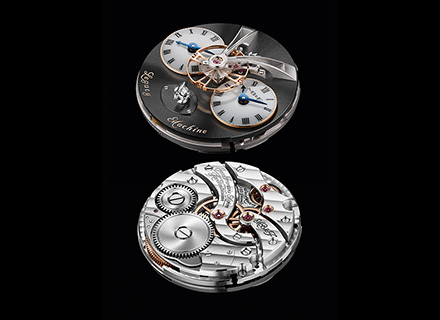 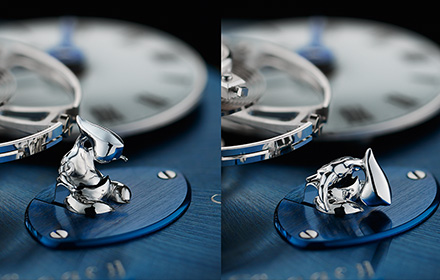 MB&F scaled down a full-size Xia Hang sculpture to a height of just 4mm (1/8"); when upright "Mr Up" indicates full power; when power diminishes he turns into "Mr Down". 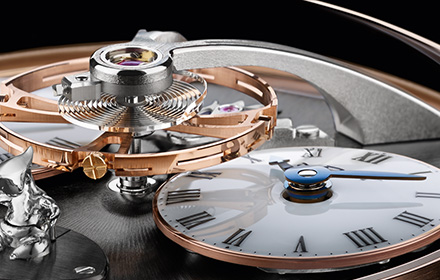 Icon of the Legacy Machines, the oversized 14mm balance wheel with four traditional regulating screws flies above the movement and dials. 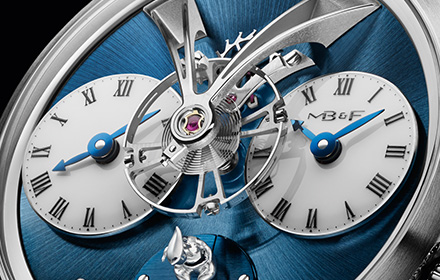 Both the hours and the minutes on each of the two sub dials can be set completely independently of each other – dual time zone complications usually do not allow independent adjustment of the minutes. 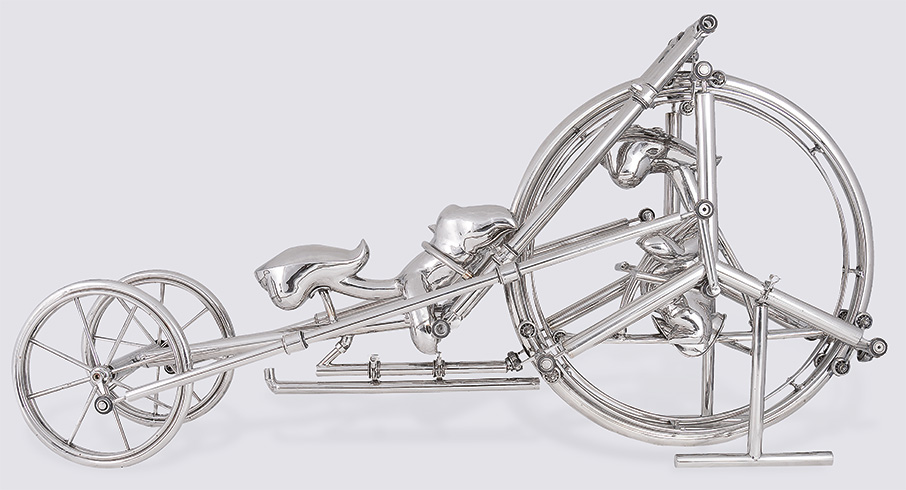 After working for nearly 45 hours without a break, it's been a long tiring day and energy levels are low. While it was relatively easy to sit up straight at the start of the day, fatigue has now set in, back languidly bends, head hits lap. 'Mr. Up' has become 'Mr. Down'. But before Mr. Down shuts off completely, an invigorating influx of energy lifts his head, straightens his back and brightens his spirits. Mr. Up has been brought back to life!

Xia Hang and MB&F share much in common. At MB&F, even though we have a deep respect for traditional watchmaking, we don’t take ourselves too seriously. Similarly, Xia Hang believes the world of art is often too serious; he likes it to be playful, and wants his sculptures to entertain and make people smile. And just like MB&F, Hang calls his kinetic sculptures ‘machines'. 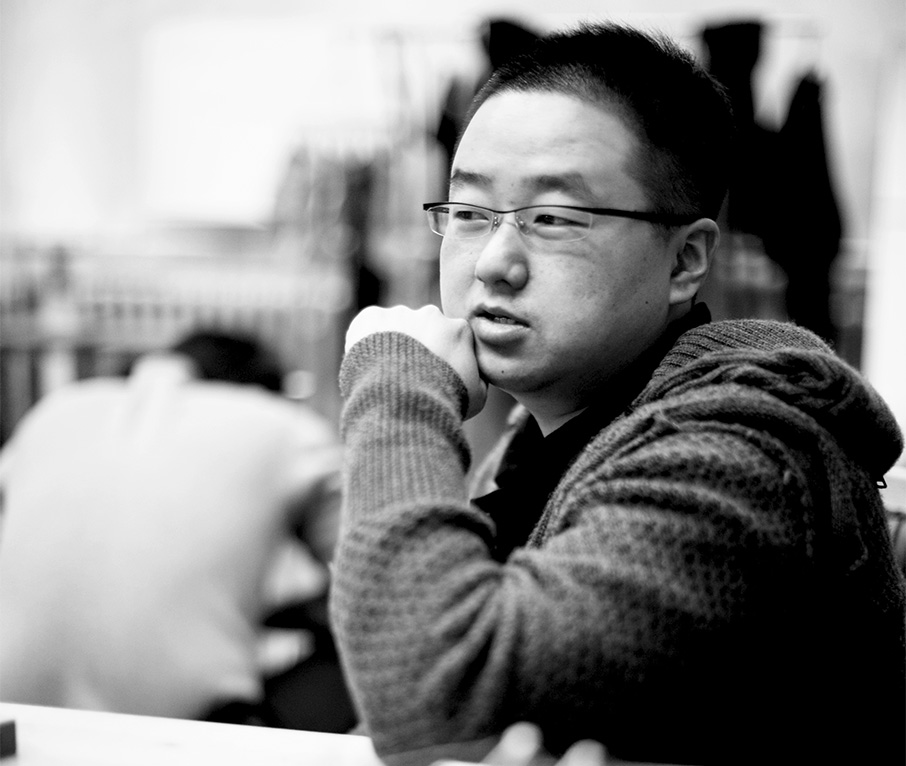 Xia Hang was born in 1978 in Shenyang, Liaoning Province, China. He started painting when he was just 10 years old and went to art college in 1997. In 2002 Xia Hang graduated with a Bachelor of Fine Arts from the Lu Xun Academy of Fine Arts in China.

His graduation work was a cluster of comma-shaped men made from mirror-polished stainless steel, the first of the highly distinctive forms that have now culminated in the power reserve indicator of Legacy Machine No.1. Xia Hang believes that his sculptures should be considered like toys: he wants people to touch his art, to play with it.

Legacy Machine No.1 Xia Hang is a limited edition of 12 pieces in red gold and 12 pieces in white gold. Each Machine is accompanied by a pair of stainless steel sculptures: large-scale versions of Mr. Up and Mr. Down signed by Xia Hang. 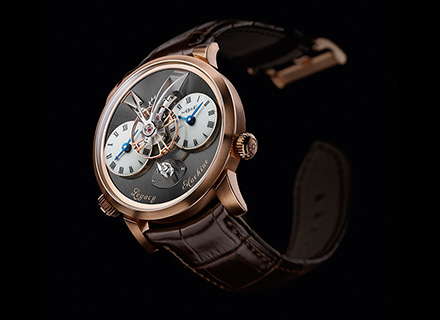