The Fifth Element is an intergalactic horological weather station enabling accurate weather forecasting even when the power goes down. Four (UFO) elements: clock, barometer, hygrometer, and thermometer combine in a mother ship (with Ross, the alien pilot) to create an entity much larger than the sum of its parts: The Fifth Element.

An analogue weather station might at first glance appear anachronistic; however, when the storm hits and the power goes down, the Fifth Element will still work perfectly. And, in the worst-case scenario, you can hitch a ride off planet Earth with Ross.

While the Fifth Element attends to the serious side of weather forecasting with joyful fantasy, this space-age weather station was only made possible thanks to L'Epée 1839, which mastered the precision manufacturing of the intricate series of curves and circles within circles that make up the large structure. Over 500 individual components form the mother ship and its interchangeable Elements; more than many Grand Complications! 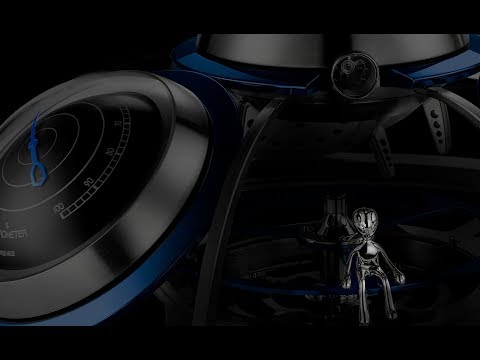 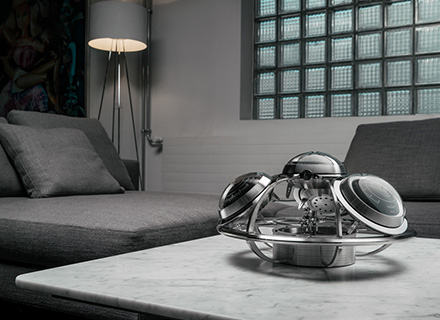 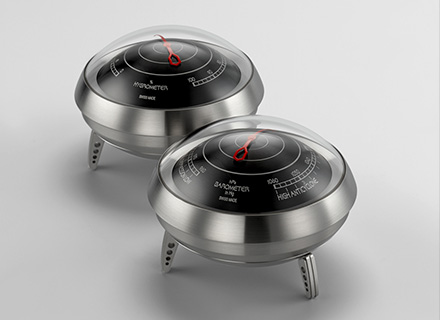 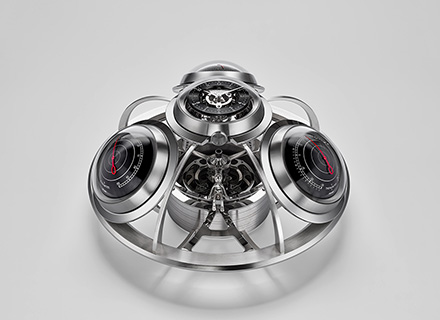 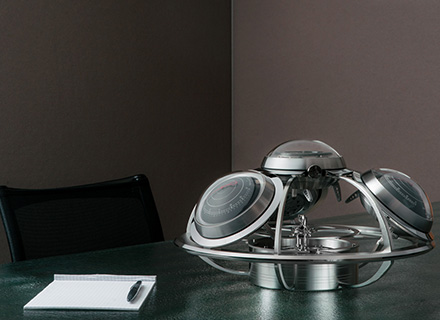 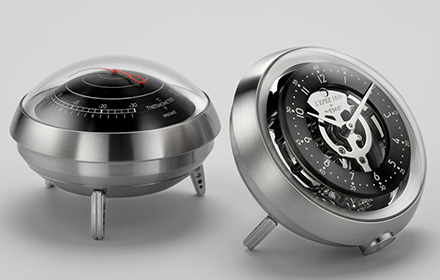 The clock, barometer, hygrometer, and thermometer are not only detachable and interchangeable; thanks to integrated support they can also stand on their own, returning to the mothership when required. 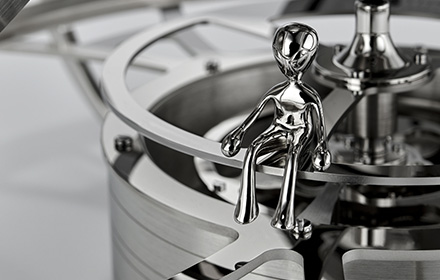 Thanks to the Fifth Element’s own manually-wound, air-regulated movement, Ross rotates around the mothership’s cockpit checking that the skies are clear of both clouds and hostile invaders. 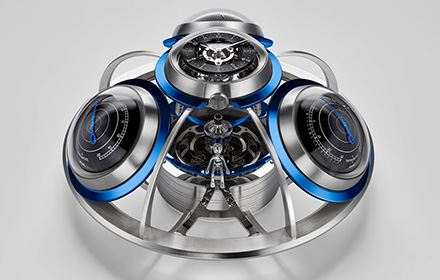 The structure of the Fifth Element is milled from solid blocks of brass in a process taking many hours. Its large size makes manufacturing and decoration even more challenging. 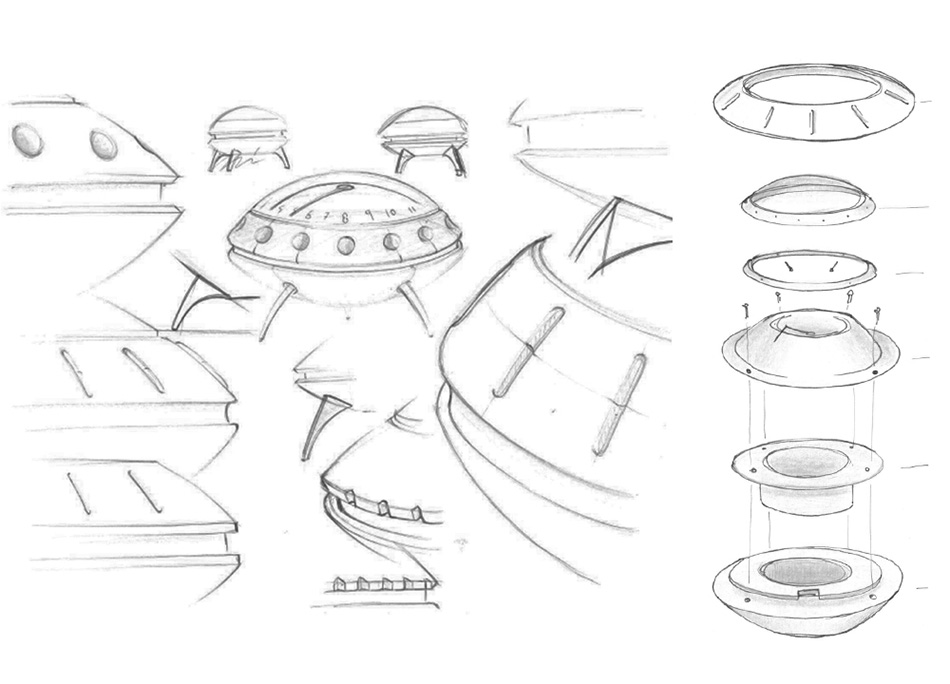 MB&F founder Maximilian Büsser had long looked for a beautiful vintage desktop weather station for himself, but could never find exactly what he was after; so with then intern-designer Stefano Panterotto he set about developing his own. The Fifth Element is a confluence of fantasies from classic UFO films, books, and comics of the 1950-60s with the desktop weather stations that were popular before weather forecasts were available on our phones.

The team researched weather stations across the last 100 years as well as the concepts of transparency, biomorphism, and both “inclusion” and “swarm” in animal/insect worlds.

While the Fifth Element was to be larger than its individual elements, each element had to be a strong standalone feature in itself: the team identified and came to understand each element, their stories, and how to feature them in a highly original way without concealing mechanical features.

After defining the four elements, the next step was the design of the Fifth Element, the hub in which the pods are housed. The challenge was to create an archetypical UFO of the 1950-60s, but without concealing any of the four elements.

The Fifth Element is available in 3 limited editions of 18 pieces each in Black PVD, Silver and Blue PVD. 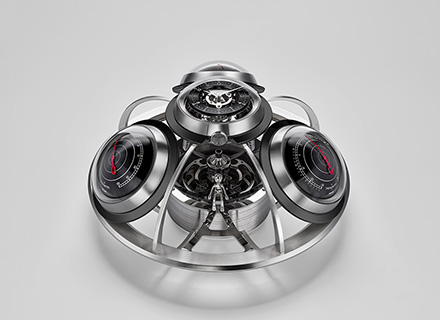 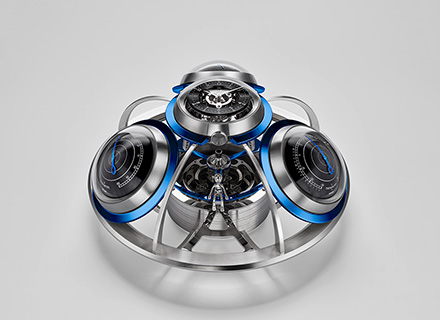