Launched in 2007, Horological Machine No.1 was an innovative and totally original timepiece: it was the world’s first movement with four barrels connected in both parallel and series, as well as the first wristwatch movement to have energy transmitted to the regulating system from two sources simultaneously.

The movement features no less than 376 components, 81 functional jewels, 4 mainspring barrels, a 7-day power reserve and an elevated central tourbillon. With its 48 discrete elements, HM1's three-dimensional case has a complexity and sophistication matching its movement. The multi-strata of the dial both captivate the eye and challenge the mind. 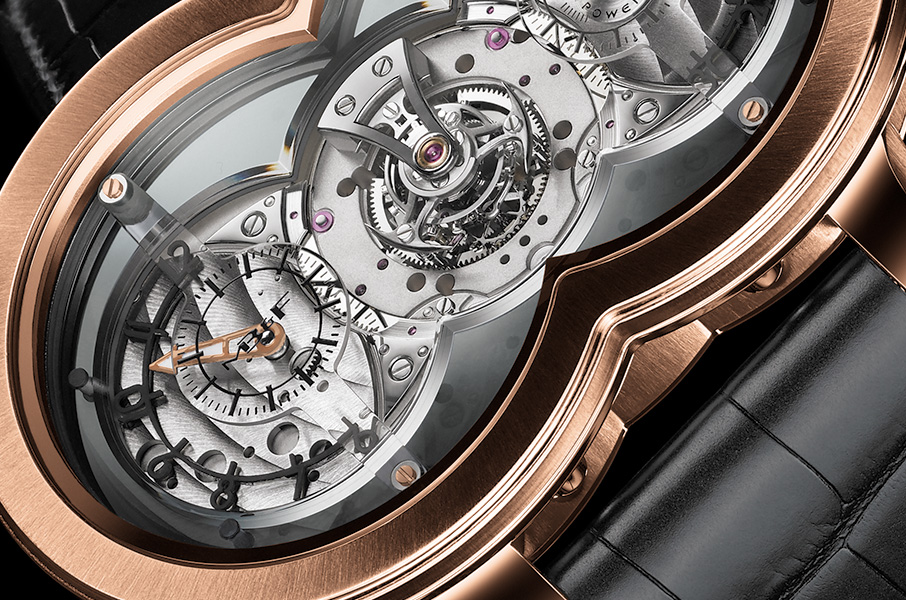 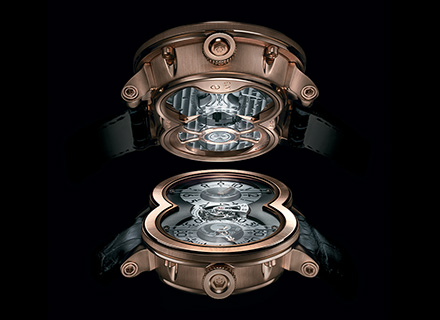 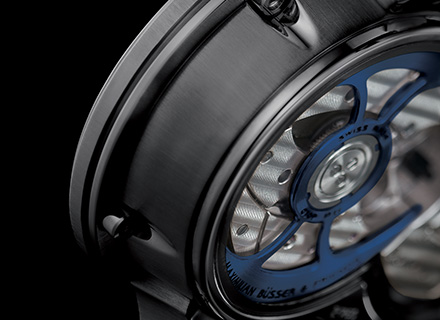 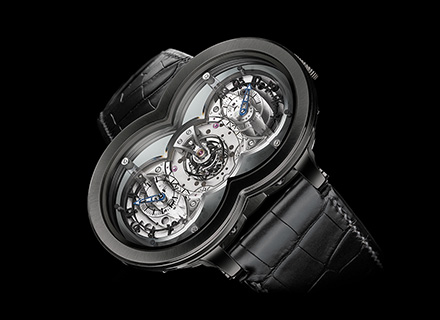 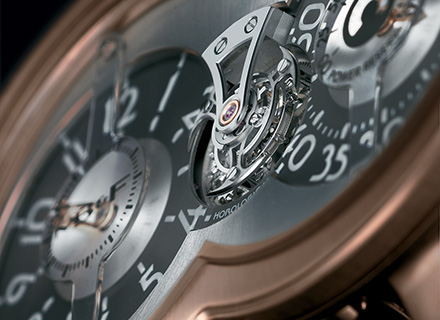 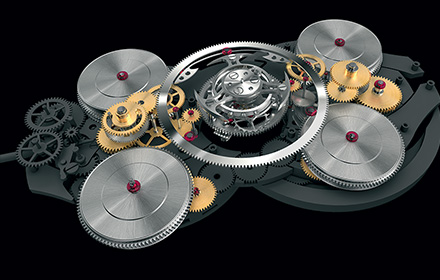 Two barrels on each side of the engine enabled to reduce the torque of each mainspring, thus improving isochronism, decreasing wear and increasing longevity. All while maintaining a massive 7-day power reserve. 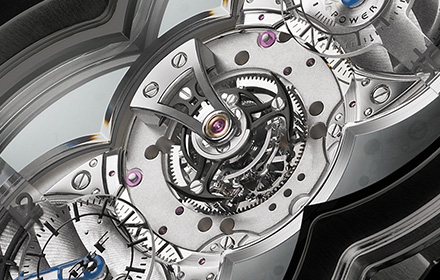 Thanks to the three-dimensional structure, the 60-second tourbillon has been elevated thus creating its own centre stage. 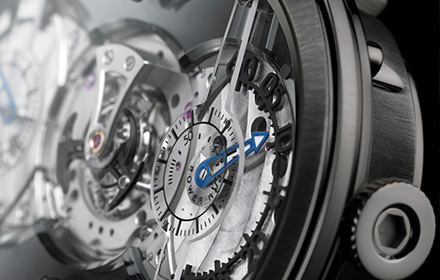 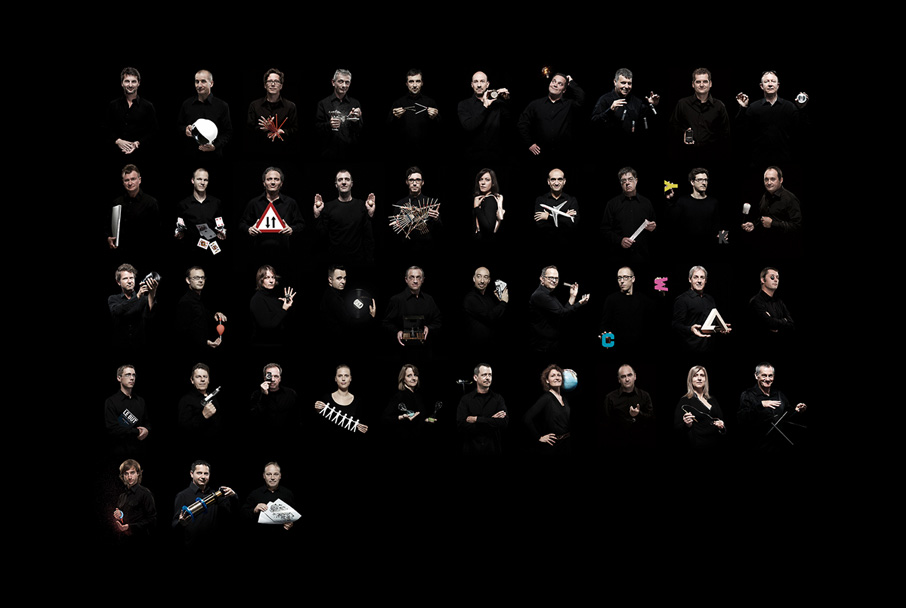 HM1 symbolises the genesis of MB&F: the encounter of two worlds, those of Maximilian Büsser (MB) and his friends (&F). When it was launched, it smashed so many conventions that it made clear to the watchmaking world what MB&F was about.

The key figures behind Horological Machine No.1 were designer Eric Giroud, who spent hundreds of hours turning Max’s sketches into the final 3D designs, along with movement engineer Laurent Besse and independent watchmaker Peter Speake-Marin, who together turned the radical conceptual drawings into micro-mechanical reality. The synthesis of Besse's engineering background with Speake-Marin's roots in classical horology ensured that, although the movement looks as though it comes from the future, its quality and finish were solidly founded on the very finest aspects of traditional haute horlogerie. 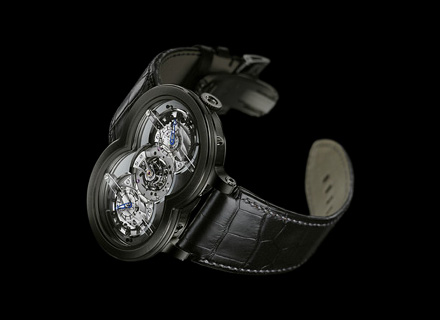 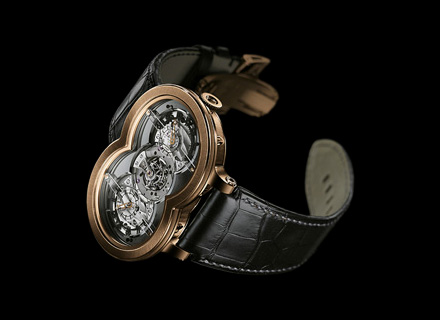 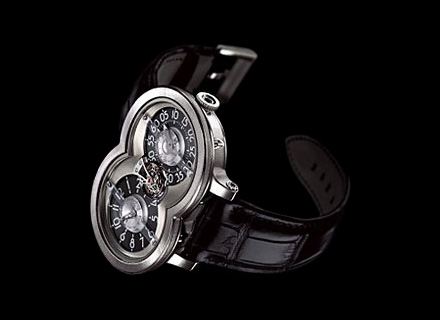 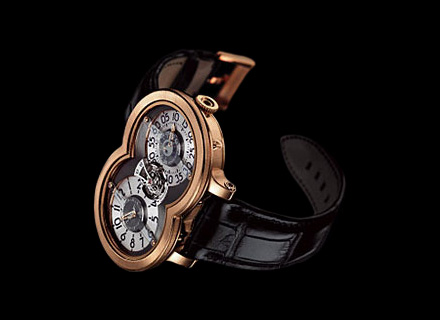 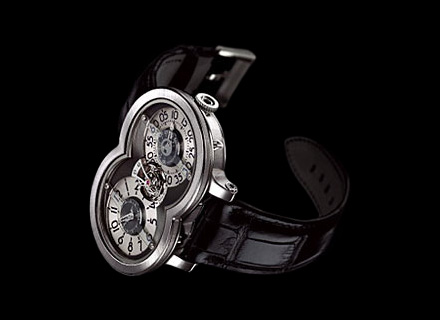 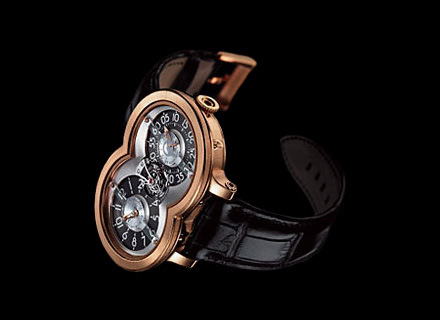