The HM10 Panda for Only Watch will not only bring a smile to collectors’ faces, but also capture their hearts with its important cause.

For this ninth edition of Only Watch, MB&F has transformed its Horological Machine No10 – aka HM10 Bulldog – into a panda bear, one of the rarest and cutest of the world’s mammals, much-loved by children and adults alike – including Max, whose first cuddly toy was a panda.

Only Watch is a biennial charity auction of one-of-a-kind timepieces where 99 per cent of proceeds go to fund research into Duchenne Muscular Dystrophy, a genetic disorder characterised by progressive muscle degeneration primarily affecting young boys. This is the sixth time MB&F has contributed one of its Machines to Only Watch, once again going above and beyond in the creation of a truly unique timepiece. 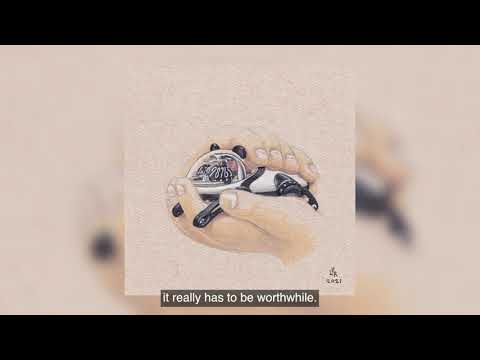 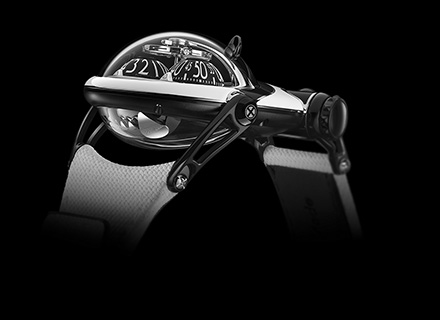 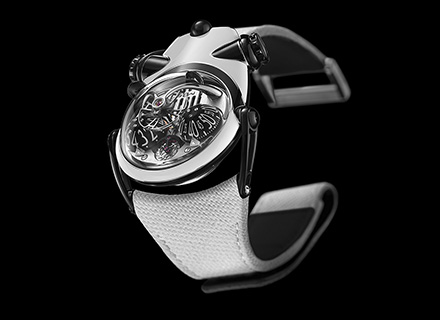 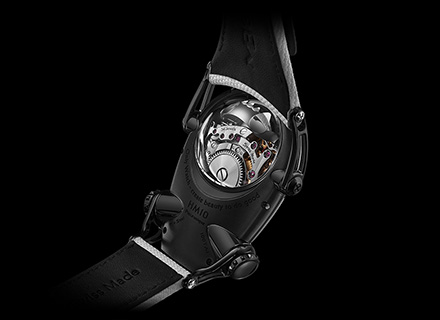 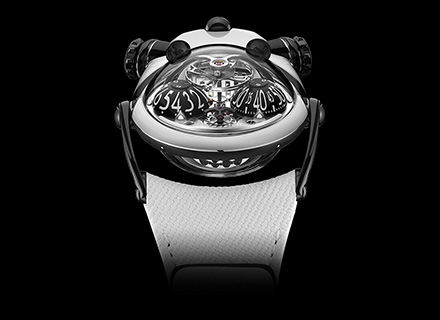 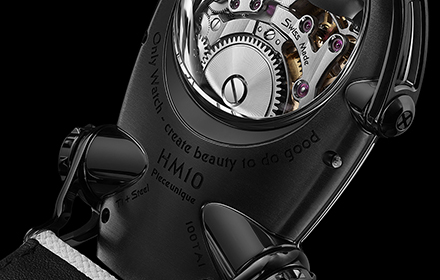 Only Watch is a biennial charity auction of unique timepieces under the High Patronage of HSH Prince Albert II of Monaco. All proceeds go to medical research on Duchenne Muscular Dystrophy (DMD). 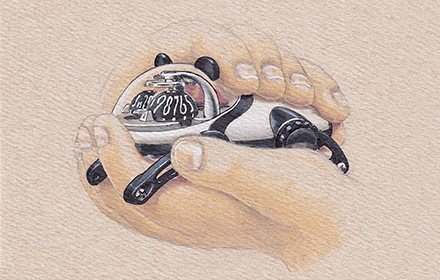 The HM10 Panda Only Watch is accompanied by a series of illustrations created by multidisciplinary designer Lee Yuen-Rupati (@OneHourWatch). 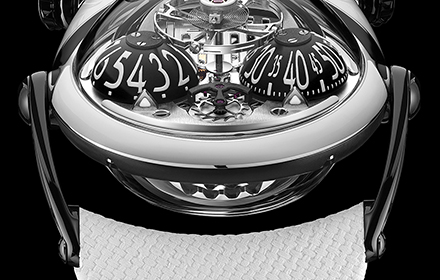 The HM10 Panda jaws indicate the level of remaining power reserve by the opening and closing of the panda’s teeth (end of power reserve = closed jaws). 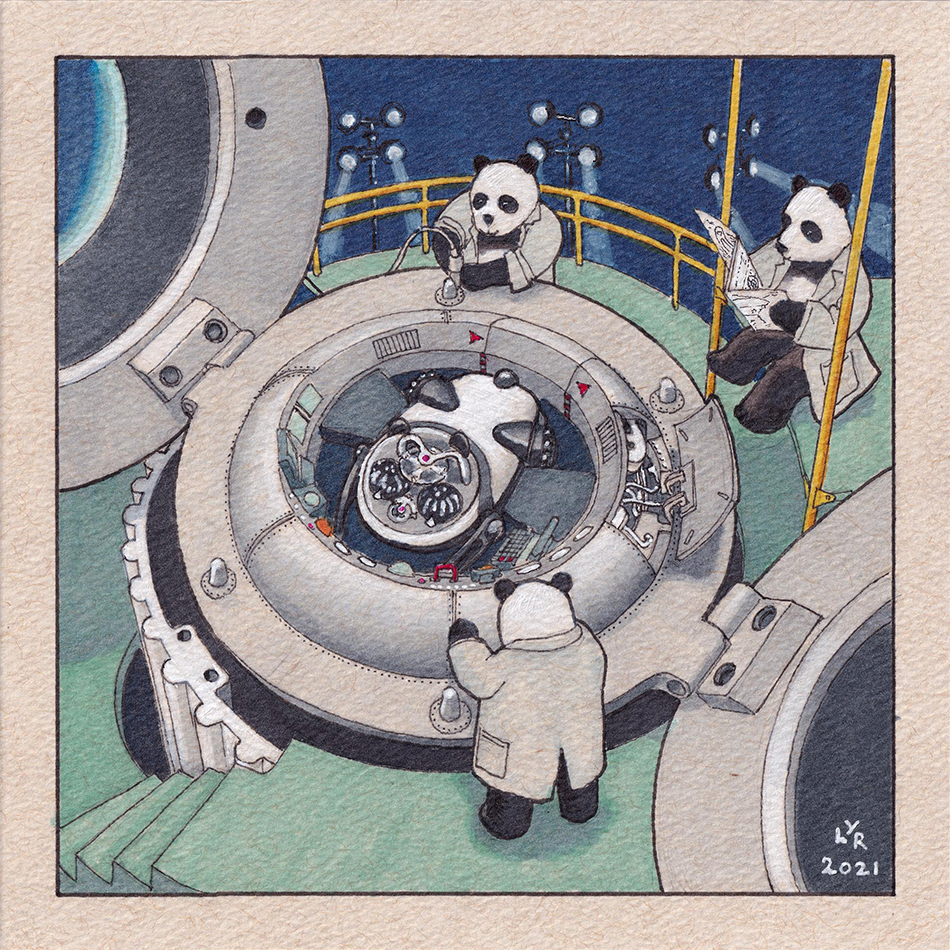 Because pandas are so associated with children, this is unsurprisingly not the first time the panda bear has made an appearance with MB&F and Only Watch. For the fourth edition in 2011, MB&F presented an HM4 in collaboration with Chinese artist Huang Hankang, which featured a miniature panda bear flying atop an HM4 jet.

The base of this new unique piece for Only Watch is Horological Machine N°10 with its rounded, compact body that lends itself perfectly to the shape of the cuddly panda. The top section of the case is coated in black and white lacquer to mimic the animal’s colouring. To accommodate the lacquer, the top section of the standard HM10 titanium case had to be specially crafted for this Pièce Unique in stainless steel. Other unique features include two black titanium panda ears, added atop the sapphire crystal dome, and a rather cute ceramic tail crafted from machined Grade 5 silicon nitride.

Much like the panda’s unmistakable eyes, two black aluminium time-display domes dominate the face of the watch – a nod to the other use of the word ‘panda’ in the watchmaking world, where white watch dials with black counters are fondly called panda dials. Other panda bear features include stout yet flexible “legs” that wrap firmly around your wrist and those important panda teeth that are constantly munching on bamboo shoots. 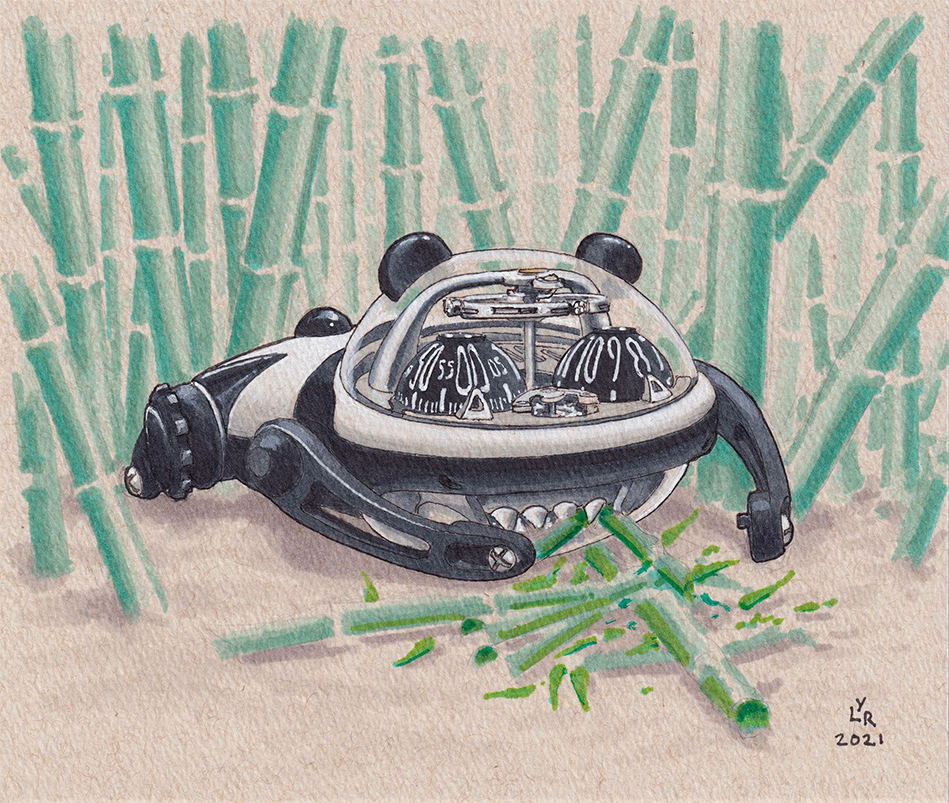 Lee is best known for his playful, narrative-based illustrations and works with a combination of alcohol-based marker pens and specialty pens on textured paper. He studied interdisciplinary design at the Nova Scotia College of Art and Design University and then did a master’s in typeface design at the University of Reading in the United Kingdom. He is behind the @OneHourWatch Instagram series of daily original watch drawings and provides illustration and typographic design work for various watchmakers and brands.

MB&F has been following Lee Yuen-Rapati’s horologically-inspired work for quite some time. Lee recently did a live drawing of an HM10 Bulldog poking its tongue out during a Zoom session with RedBar, which gave the MB&F team the idea to do a special collaboration for Only Watch.

Lee has created several artworks to perfectly illustrate the HM10 Panda concept. “I have a panda resting on someone’s wrist, a panda lovingly cupped in a child’s hands, a panda lounging in a bamboo forest munching on a bamboo stick... I also created a short, four-panel narrative where the watch is a robotic panda that has been sent to explore another planet...this was one of those dream projects,” he says with a smile.