Co-created by MB&F and L’Epée 1839, Grant is a robot with a time display on his shield – and a mission to slow things down, when time runs too fast.

While Grant’s time moves relatively slowly, he can travel quickly over rough terrain (or the messiest desk) on his three operational rubber tracks. Grant can also transform into one of three different modes: lying horizontally over his chassis for a low profile; crouching at 45 degrees; and sitting up 90 degrees. Grant’s time shield can always be set to a comfortable and optimal viewing angle. Whatever the angle, Grant’s highly polished clockwork is on full display, and you can follow every click and turn of the gears. The isochronal oscillations of the regulator keeping time in Grant’s glass-domed ‘brain’ are evidence of the clockwork’s high precision. 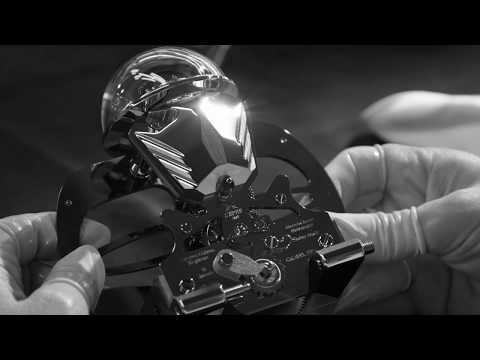 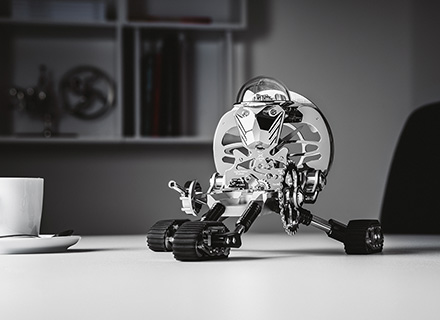 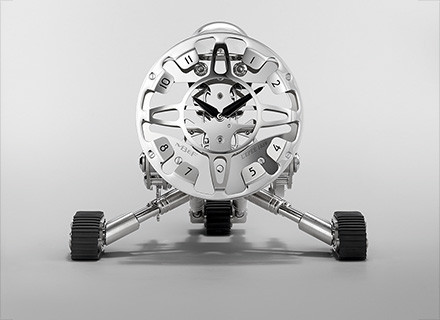 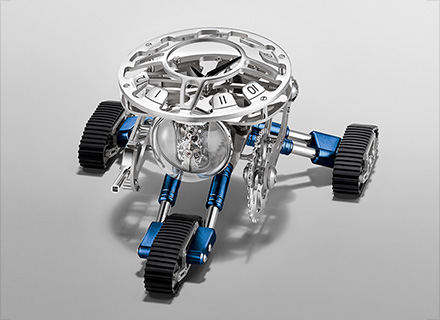 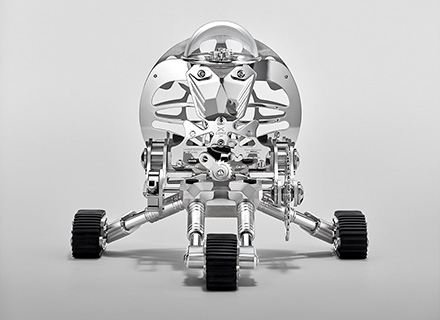 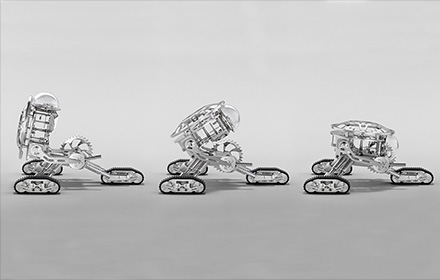 Grant transforms into one of three different modes: lying horizontally over his chassis; crouching at 45 degrees; and sitting up 90 degrees. Grant’s time shield can always be set to an optimal viewing angle. 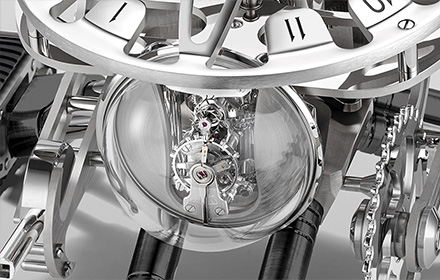 The clock regulator’s gentle beating and intricate composition are visible thanks to its polished glass dome cover. If the protective dome acts like a skull, then the regulator symbolises Grant’s brain at work. 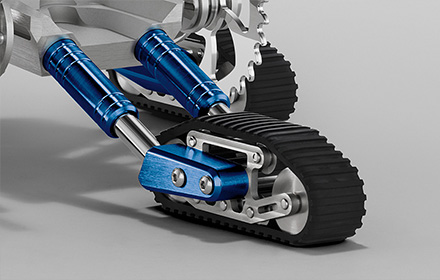 Grant’s rubber caterpillar tracks are fully functional and, with a little help from a friend, he can roll over the rugged terrain of a typical office desk. 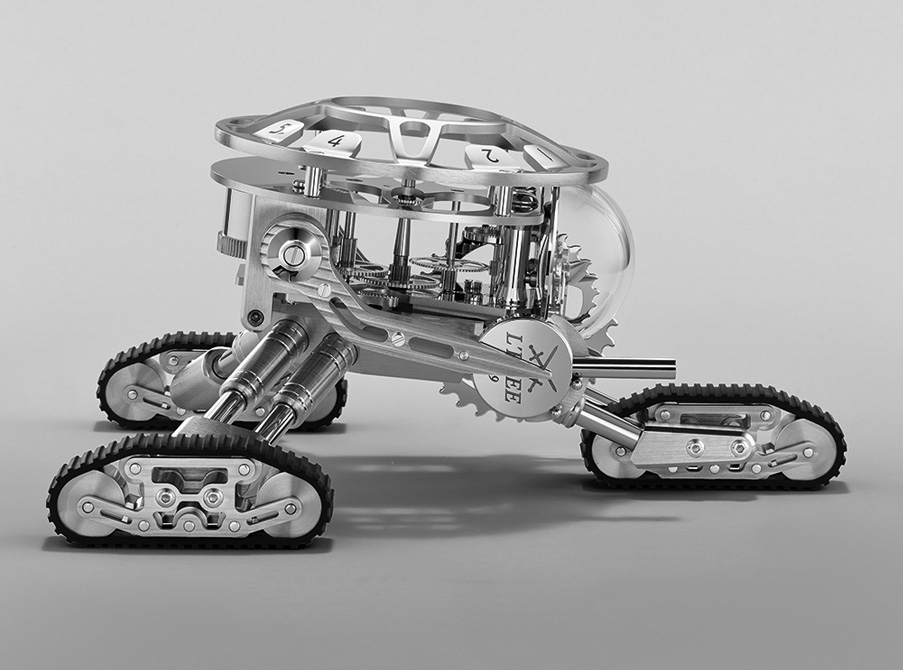 Grant takes his name from the Medium Tank, M3; a medium-sized American tank in use during World War II. In Britain, the tank came in two variations with differing turret configurations and crew sizes and each model was naturally given its own name. The Brits nicknamed the American-turreted tank "Lee”, after Confederate general Robert E. Lee; the British-turreted tank was called "Grant", after Union general Ulysses S. Grant.

The M3 tank had significant firepower (like MB&F’s + L’Epée 1839’s Grant) and was well armoured (unlike Grant). The M3’s drawbacks included a high silhouette and poor off-road performance, both issues rectified in the Grant: low profile (when laying flat) and excellent high-speed off-road performance (thanks to the three tracks).

Grant is available in three limited editions of 50 pieces each in Nickel, Black, and Blue. 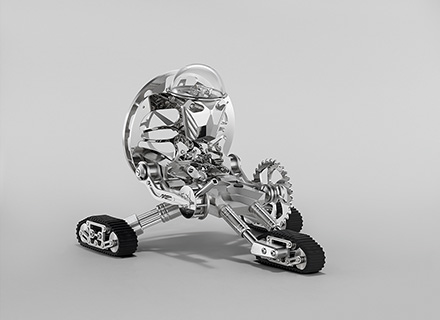 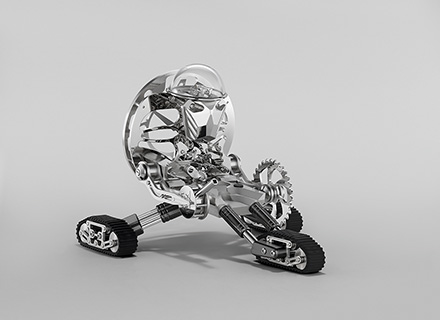 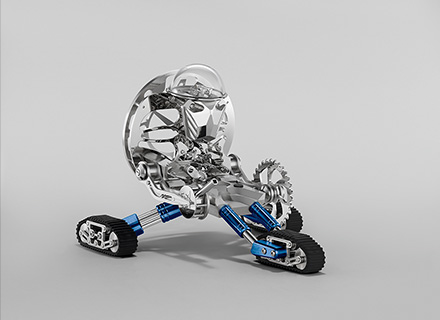