Conceived by MB&F and built by L’Epée 1839, Octopod stands or crouches thanks to its eight articulated legs. However, the real horological magic and mystery take place in Octopod's completely transparent spherical ‘head'.

The first thing to notice is that Octopod's transparent sphere is gimballed in a similar way to traditional ship chronometers. The second thing is the pulsating escapement, regulating the clock's precision, located on its minute hand rather than the more usual position attached to stationary movement plates.

Last but not least, there's the mystery of how Octopod's clockwork is suspended inside its crystalline sphere, so that it appears to be floating in space or water. Like an octopus concealing parts of itself with camouflage, Octopod conceals parts of itself with visual tricks of its own. 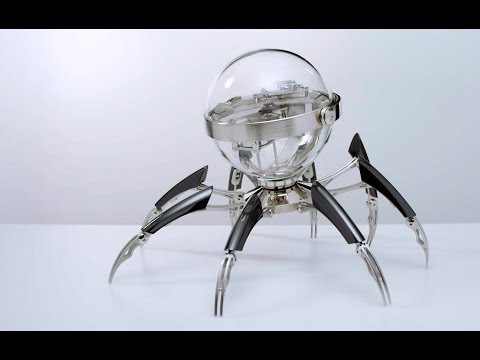 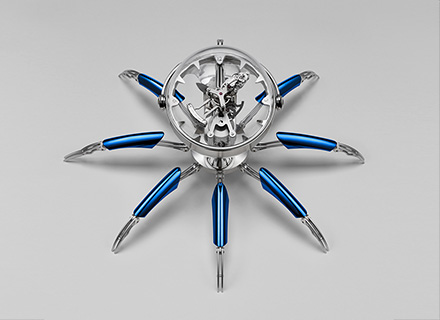 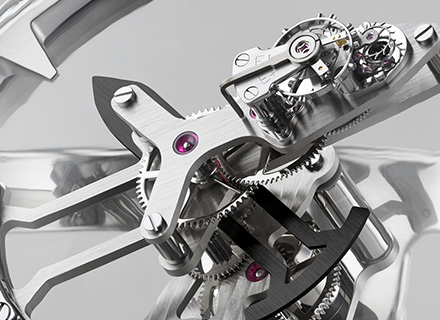 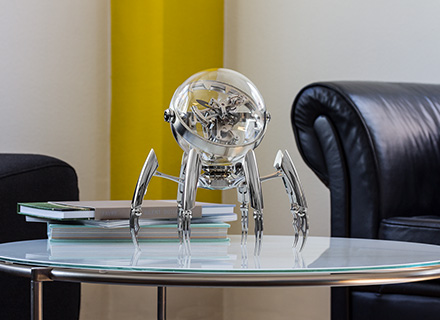 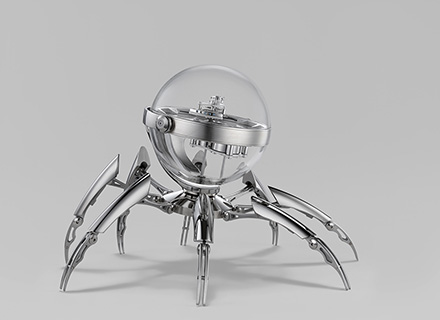 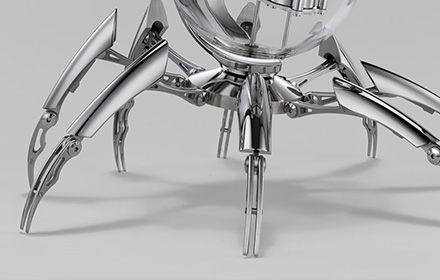 8 articulated legs each composed of 31 pieces. The articulation, released by a button inside each leg, can be locked in two positions: standing or extended. 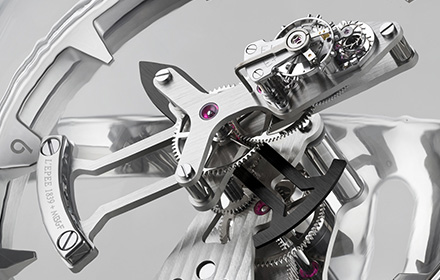 Octopod's pulsating escapement is located on its minute hand rather than the more usual position attached to stationary movement plates. The baseplate of the movement is an invisible transparent glass plate. 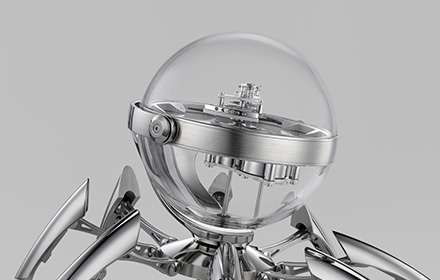 360° rotation in both vertical and horizontal planes is inspired by marine chronometers; the gimbal ensures that no matter what angle or height Octopod sits, it is easy to rotate the sphere and ensure a maximum time legibility.

Octopod's idiosyncratic design derives from three aquatic sources: the highly intelligent octopus with its eight tentacles provided the inspiration for the eight articulated legs, while the gimballed traditional marine chronometer inspired the partially gimballed sphere housing the clockwork and time display. The transparent glass bubble evokes memories of bathyspheres in sci-fi classics such as James Cameron's 1989 The Abyss.

The original sketch MB&F gave to L’Epée 1839 showed the movement 'floating' inside the glass bubble, but this was to allow the manufacture more latitude in developing the support structure for the clockwork, rather than an expectation that a 'floating' movement was actually possible. Not for the first time (nor hopefully the last), L’Epée 1839 went far and beyond the brief to create something even more exceptional than planned.

Octopod is available in 3 limited editions of 50 pieces each in black PVD, blue PVD, and palladium (silver). 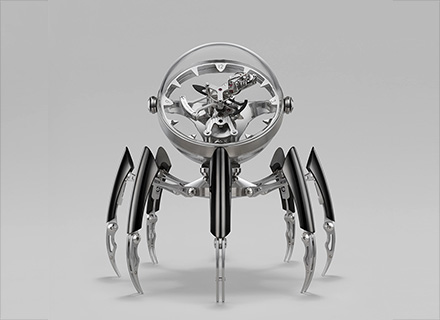 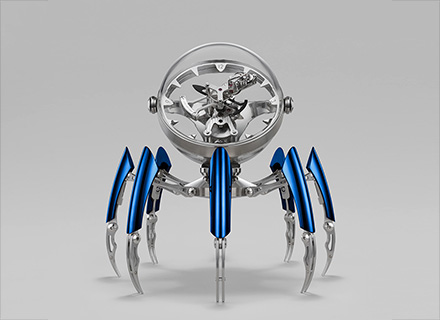