MB&F has teamed up with Loupe System to create Project LpX: an intergalactic magnification station enabling accurate viewing of watch movement details, while simultaneously reminding you of the immensity of our galaxy. Five elements combine to make a rocket entity much larger than the sum of its parts.

This versatile rocket ship offers dust-free storage of the highest quality magnification loupes, but does much more than that while sitting on a desk looking pretty: Project LpX is a smile-on-your-face reminder of the space-themed stories many of us read as a child, inspiring countless dreams of space travel and explorations of the unknown.

Project LpX is made up of five modular parts, perfectly packaged in a sturdy travel case. The anodized aluminium rocket base contains a self-luminous tritium capsule “booster” emitting a cosmic glow in the dark. The three modular body components – which are attached to each other using a clicking bayonet system similar to the lens mount for an SLR camera – can accommodate one, two, or three Loupe System loupes. 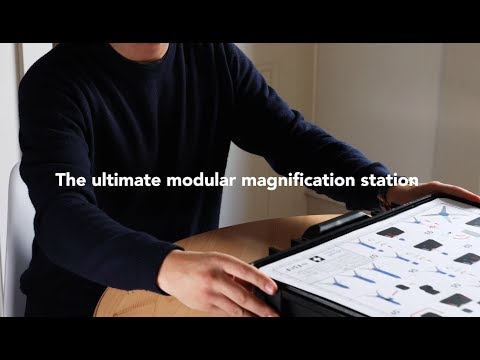 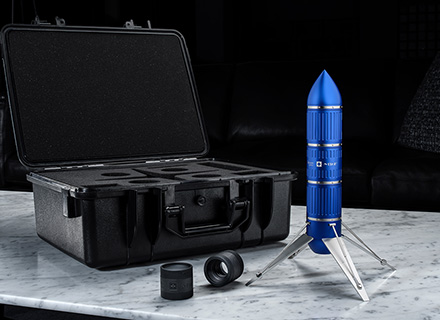 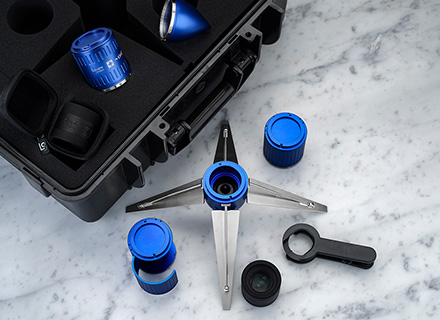 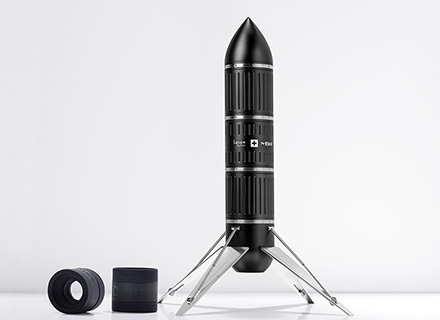 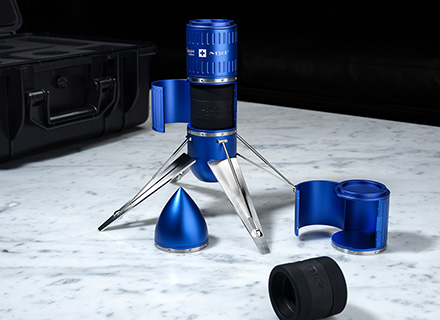 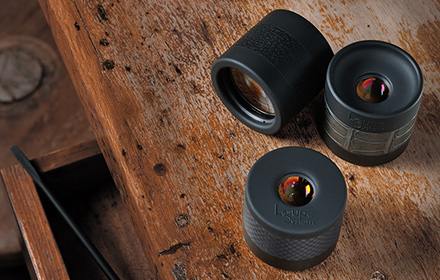 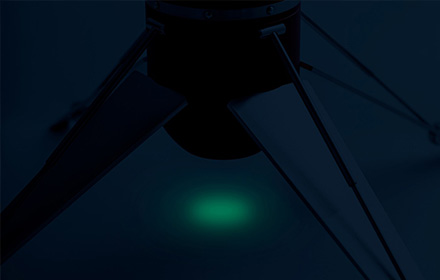 The rocket base contains a tritium capsule “booster” emitting a cosmic glow in the dark, making it ready for take-off in search of new lifeforms. The light comes from a self-luminous tritium capsule with a half-life of 15 years; the NASA’s equipment for Apollo astronauts used the same technology. The glow requires no supplementary power sources and it is not affected by temperature, humidity, or altitude. 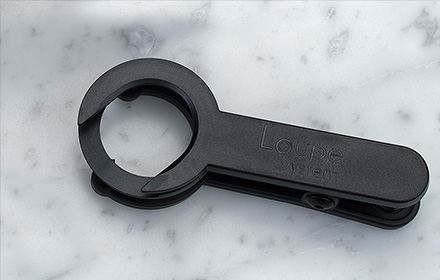 Loupe System’s universal clip is also included in the case, allowing you to attach the loupes to any mobile phone or tablet, and thus use them to take macro photos or videos. 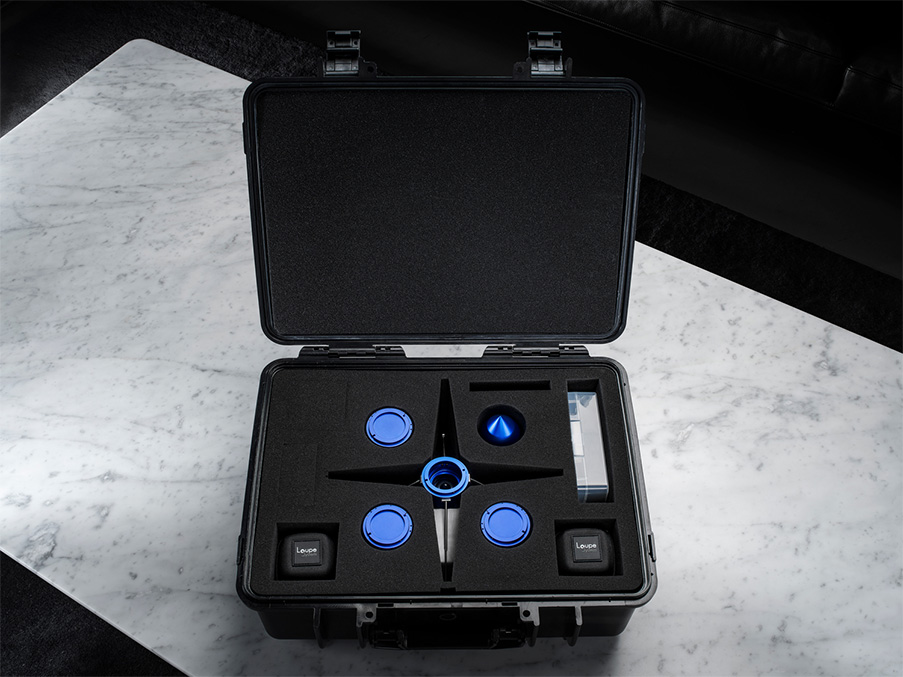 The idea for this ballistic project began when the founder of Loupe System saw MB&F’s just-launched Arachnophobia at Baselworld 2016. As fate would have it, he simultaneously presented a spider-shaped holder for his high-quality loupes at his booth at the same fair. The following year at Baselworld, when MB&F launched the rocket-shaped Destination Moon clock, Loupe System had a rocket-shaped loupe-stacking system. And then again at Baselworld 2018, when MB&F launched the spacecraft-like Fifth Element weather station, Loupe System had a flying saucer-shaped loupe holder at its booth. That final act of synchronicity convinced MB&F founder Max Büsser that a cosmic co-creation with Loupe System was virtually predestined.

“For three years running, we separately came up with the same ideas presented at the same editions of Baselworld,” says the founder of Loupe System. The third time was obviously a charm!

Project LpX was designed by MB&F’s intern designer Maximilian Maertens, responsible for the clock T-Rex. Maertens was loosely inspired by both past MB&F projects and the SpaceX Falcon, a partially reusable two-stage heavy-lift launch vehicle.

“Project LpX” (pronounced “loupe ex”) derives from the working code name for the project begun in 2018 – “Project X”. The X caught on, and prefixed with an abbreviated version of Loupe, became Project LpX. 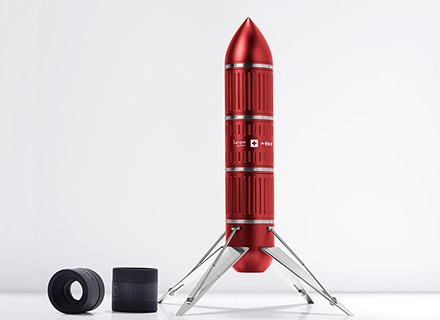 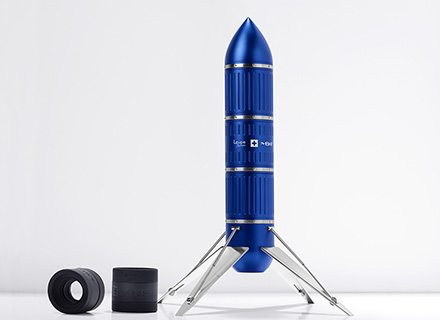 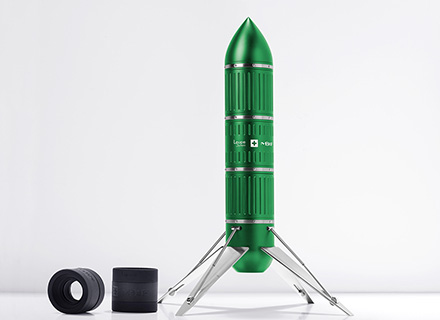