TriPod comprises a minimalist clock face suspended between three delicate insect-like legs. It follows the mighty T-Rex in what will become a trilogy of half animal/half robot creations that MB&F calls Robocreatures.

TriPod’s name originates in the trios that inform it: three legs, three insect-eye spheres, and three movement levels comprising the creature’s mechanical body. Also, TriPod is the second in a group of three clocks set to form a trio. MB&F founder Maximilian Büsser describes Robocreatures; “In the same way that H.R. Giger created his Alien universe, we’re creating our own world of creatures”.

An essential element of TriPod is indicating the time, which is done by looking down on the dial composed of rotating disks. But this clock requires some interaction between Man and Machine: the observer reads the time thanks to three optical spheres, each magnifying the clock’s numerals and making them legible. 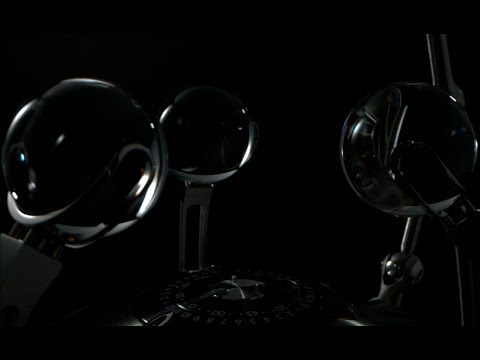 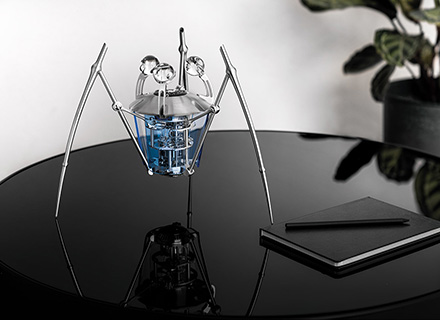 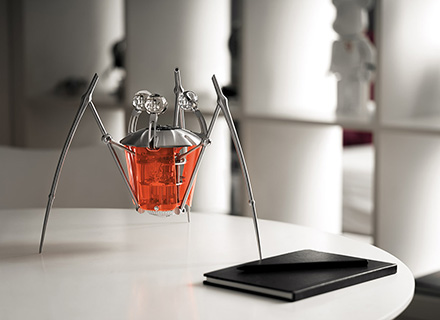 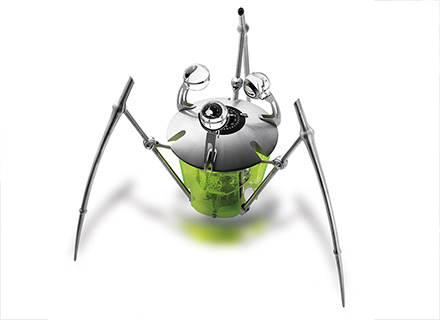 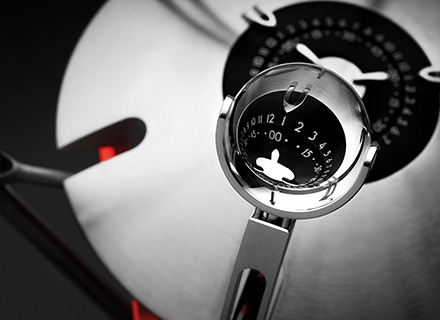 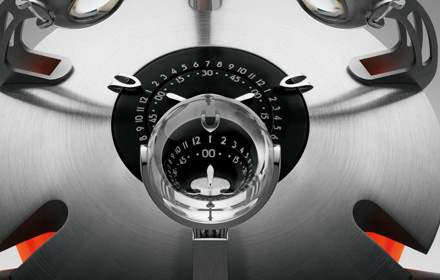 The hours and minutes are indicated by two concentric rotating disks; reading the time requires the observer to look through one of the three optical-grade spheres, each magnifying the clock’s numerals and making them legible. 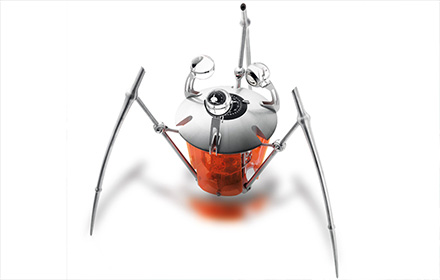 Causing some strife with the engineers over stability issues, TriPod’s three long legs make it seem too fragile to be true, but the balance is so perfectly calculated that the entire creation comes across as elegantly as the insect it’s modelled after. 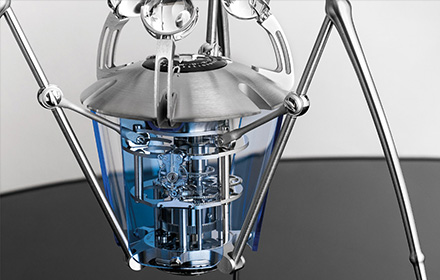 TriPod is powered by a mechanical movement completely designed and produced in-house by L’Epée 1839, finished to the highest standards of traditional Swiss clockmaking. 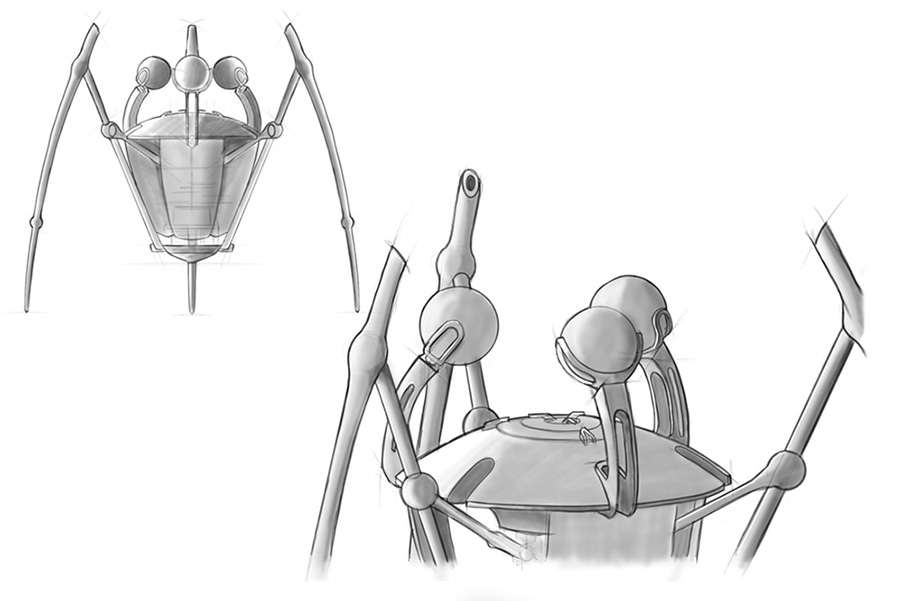 Young designer Maximilian Maertens was the creative incubator for TriPod, during his internship at MB&F. The 1993 film Jurassic Park was a big influence on Maertens as it was the first movie he remembers watching as a child. While Maertens’ inspiration from his childhood memory was first realized in MB&F’s T-Rex, the first clock in the Robocreature trilogy, it’s been a gift that keeps on giving.

When designing T-Rex, Maertens imagined a backstory to guide his development process to create a coherent balance of mechanical and organic visual elements. That story grew from elements in MB&F’s past projects. As Maertens uncovered further inspiration from his love of Jurassic Park, a new story began to unfold that is now the backbone of the Robocreature trilogy.

TriPod represents how time originates for Jurassic Park. “This insect is the transition between dinosaur and what comes next because they’re all still here”, says Maertens.

While the primary inspiration for TriPod is the mosquito caught in amber that provides the DNA to genetically craft new dinosaurs, for the clock’s look Maertens decided to emulate a water strider, an insect able to walk on the surface of water using surface tension and its long, slender, hydrophobic legs. “It feels much like a levitating insect walking over the water,” Maertens explains, “and this inspired me to create something that looks very delicate”.

TriPod is available in 3 limited editions of 50 pieces each in neon red, neon green and neon blue. 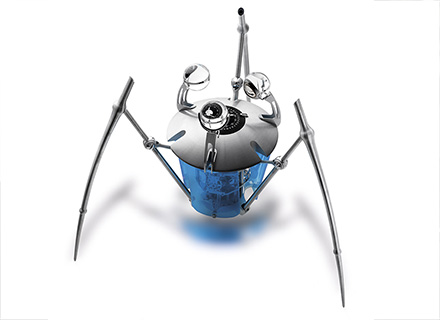 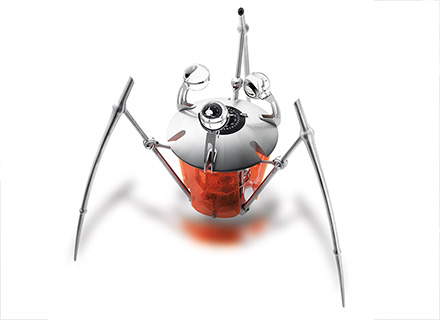