on the road again

At first glance HM5 appears to be a relatively simple timepiece… but it’s more complicated than you might think.

The time display consists of bi-directional jumping hours and trailing minutes – with indications inversed, reflected 90° and magnified thanks to an optical prism. Looking below the surface of the HM5 case reveals a surprise: another water resistant case, which protects the high-performance engine inside.

HM5 has a futuristic case design, but it’s a direct homage to two 1970’s icons: the first high-performance supercars, and the plucky Amida Digitrend watch. Last but not least, even though it was inspired by an era when quartz was king, HM5 has a self-winding mechanical movement. 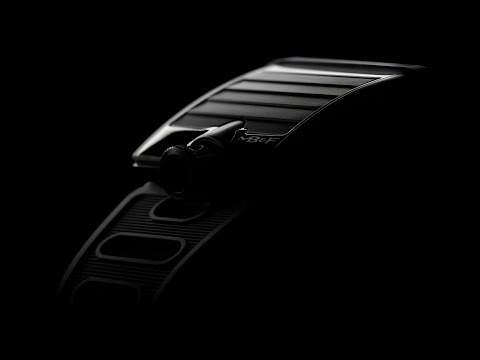 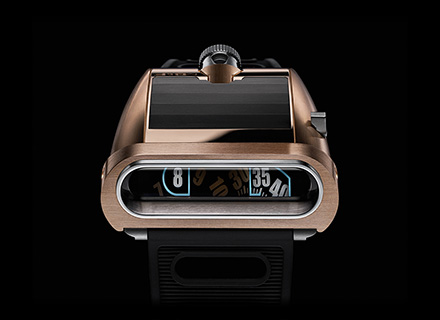 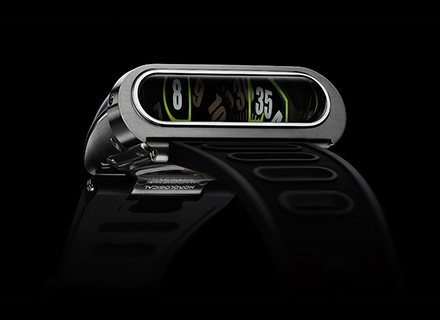 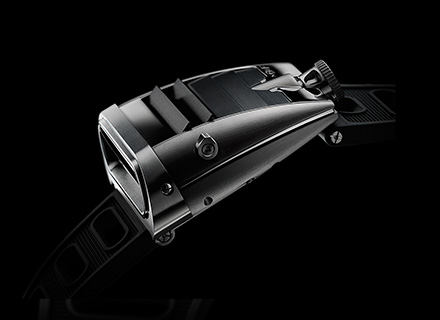 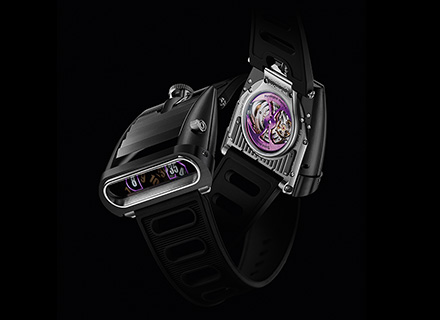 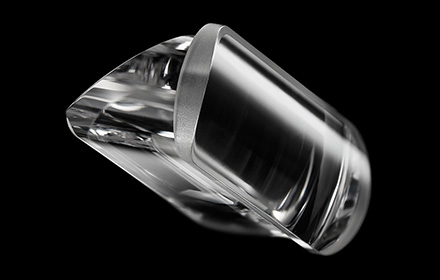 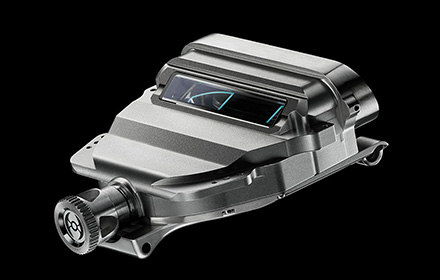 Visible from the outside is HM5’s sleek external case; but inside, the HM5 hides a second water resistant container, protecting the high-performance engine from moisture as well as shocks. 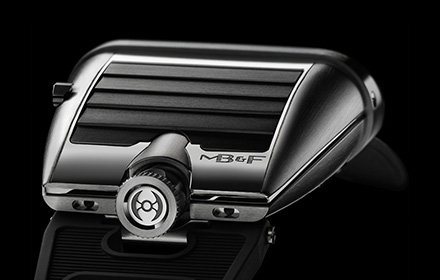 Opening the louvres allows light – and water – to enter the external case (the HM5 movement always remains protected thanks to the second inner container). Two “exhaust pipes” at the rear drain water back out of the case. 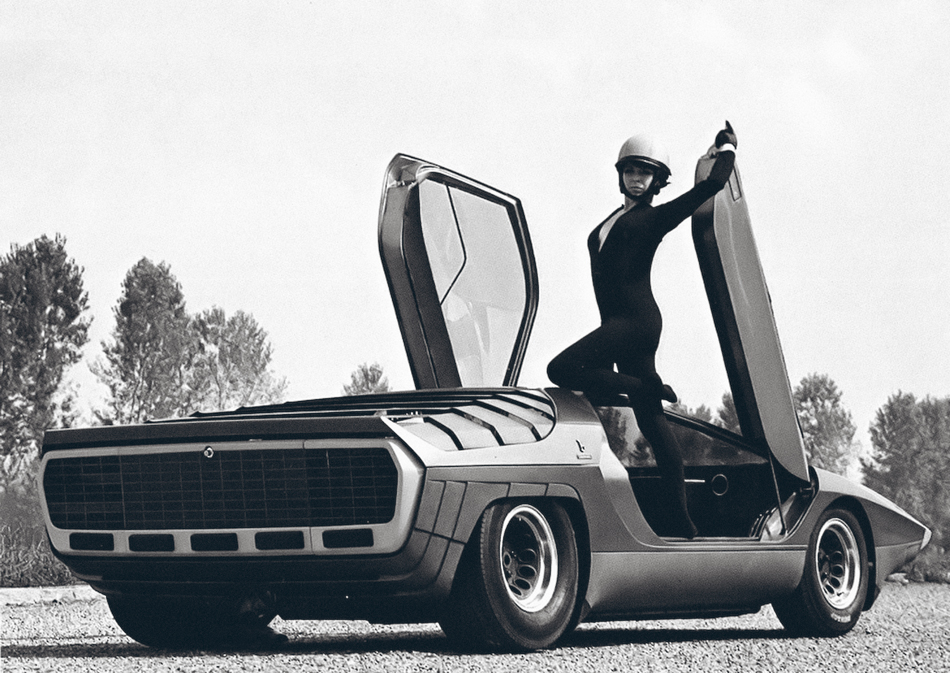 The unmistakable wedge-shaped case of HM5 ‘On the Road Again’ is a direct homage to the plucky Amida Digitrend watch from the 1970s – a timepiece that attempted to resist mechanically to the quartz invasion of those years. But the HM5 also takes obvious cues from the first supercars of that era: icons like the Lamborhini Miura, Lotus Esprit or Lancia Stratos which typically sported louvres on their rear windows. The HM5 takes those 1970s icons and puts them ‘On the Road Again’.

The HM5 series is composed of three limited editions, including the final CarbonMacrolon edition which closed the series in 2014. 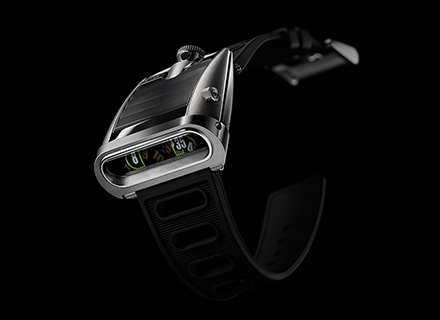 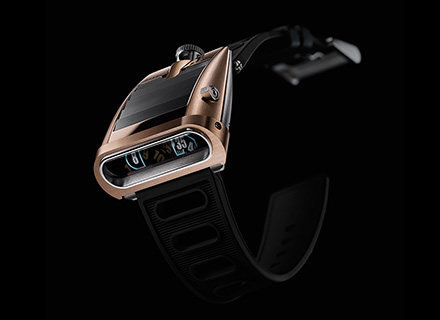 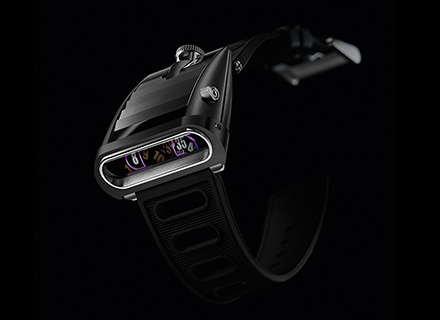